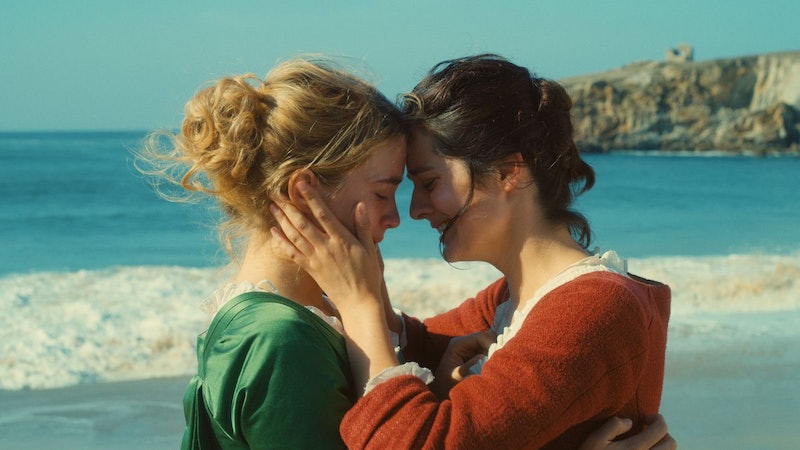 You might recognize Céline Sciamma's name. The French director's name was one of those embroidered on Natalie Portman's Oscar's cape that shouted out the female directors who weren't nominated for their extraordinary work in 2019. (Greta Gerwig, Lulu Wang, and Lorene Scafaria were also amongst the monikers listed on Portman's cape.)

Sciamma's film, Portrait of a Lady on Fire, premiered at the 2019 Cannes Film Festival where she won the Best Screenplay Award. The story revolves around an 18th century painter, Marianne (Noémie Merlant), who's tasked with painting a portrait of a young woman named Héloïse (Adèle Haenel) to entice her future husband. Héloïse refuses to sit for a painting, not wanting to be married off, so Marianne must pretend to be her companion, all the while memorizing her features to paint the portrait in secret. But as the two grow closer on an isolated island off of Brittany, romance ignites, and their forbidden love burns quickly.

The French film finally hits U.S. theaters on Valentine's Day, Feb. 14, and is a great way to spend the holiday. But for those looking for some other options, here are nine international romances streaming now — all of which are perfect for a date night, Valentine's Day or otherwise.