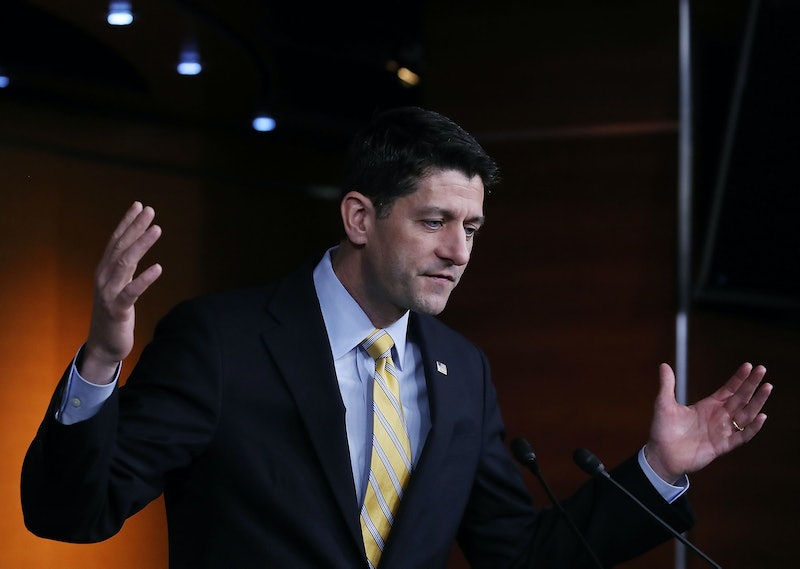 Just days into the 2017 legislative session, Republican House Speaker Paul Ryan announced Jan. 5 that part of his party's plan to repeal the Affordable Care Act, also known as "Obamacare," would include defunding Planned Parenthood. Despite misinformation spread by Ryan and his fellow partisans, federal law since 1976 has prohibited taxpayer dollars from going to fund abortion services at Planned Parenthood. Nevertheless, gutting one of the nation's largest providers of health care and sex education to women and children has long remained a top priority among high-ranking Republicans. And given the deep red tint of the incoming Congress, it's no surprise that Planned Parenthood funding is once again on the chopping block.

But what was a surprise (at least to Ryan) was the massive pushback from citizens around the country who want Congress to keep its hands off women's health care. After 87,000 Planned Parenthood supporters signed petitions telling Republicans to back off, volunteers were slated to deliver printed copies of those signatures to the speaker's Washington office on Friday. It's a tried-and-true organizing tactic that has been used for many years, across the political spectrum.

But apparently, boxes of paper being delivered to the office of the man third in line for the presidency presented such a severe threat that Ryan hired six security guards to block his doorway. The overreaction promptly ignited social media with the hashtag #PaulRyanSoScared.

Grab some tea to sip as you read through these positively scathing — and spot-on — selections from the women of the Twittersphere raking Ryan over the coals:

What Are Those Biceps For?

It'd Be Funny If It Weren't So True

This Could Get Messy

Take A Lesson From Real Patriots

Where Is Nancy Drew When You Need Her?

We Double-Dog Dare You

More like this
25 Inspiring Quotes From Black Women To Celebrate Black History Month
By Kyli Rodriguez-Cayro and JR Thorpe
24 History-Making Black Women You Probably Didn't Learn About In School
By Ayana Lage and JR Thorpe
Watch Jacinda Arden’s Devastatingly Honest Resignation Speech
By Sam Ramsden
The UK Government Is *Finally* Banning Conversion Therapy
By Sophie McEvoy
Get Even More From Bustle — Sign Up For The Newsletter
From hair trends to relationship advice, our daily newsletter has everything you need to sound like a person who’s on TikTok, even if you aren’t.