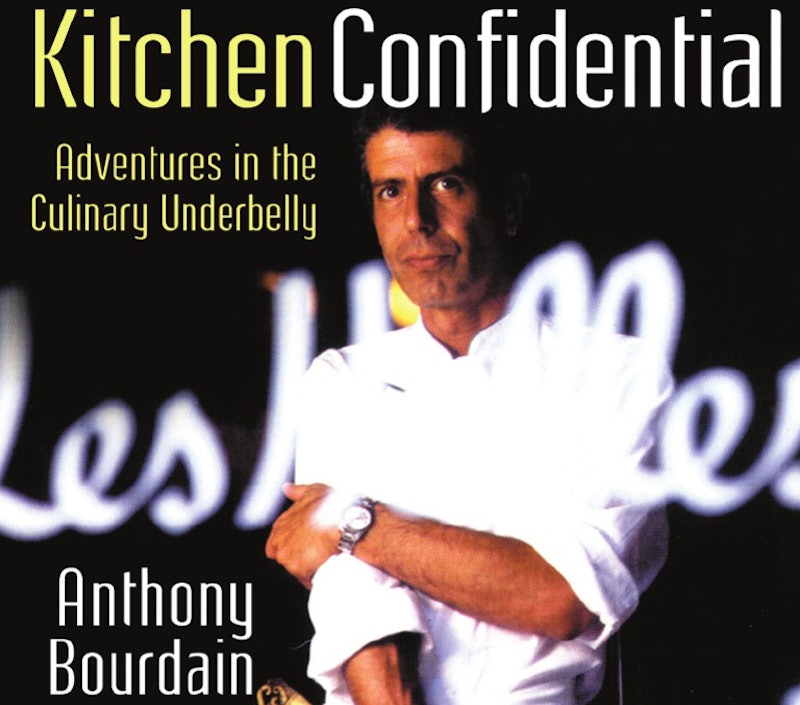 Chef and travel writer Anthony Bourdain died by suicide Friday morning, leaving the world a little less bright. As the author of a number of books, including Kitchen Confidential and Medium Raw, Bourdain left behind a wealthy collection of food and travel writing to inspire and delight his fans. In memory of the bad-boy chef, I have nine of the best Anthony Bourdain quotes from his books.

A graduate of the Culinary Institute of America, Anthony Bourdain rose to mainstream prominence with his 2000 essay collection, Kitchen Confidential: Adventures in the Culinary Underbelly, in which he discussed both behind-the-scenes secrets of the restaurant world and his own experiences with drug use and addicted. Kitchen Confidential cemented Bourdain in the public imagination as a man unafraid to get his hands dirty and say exactly what was on his mind. At the time of his death, Bourdain was working on CNN's Parts Unknown, his fourth television series.

Check out the nine great Anthony Bourdain quotes I've selected below and remember his legacy: