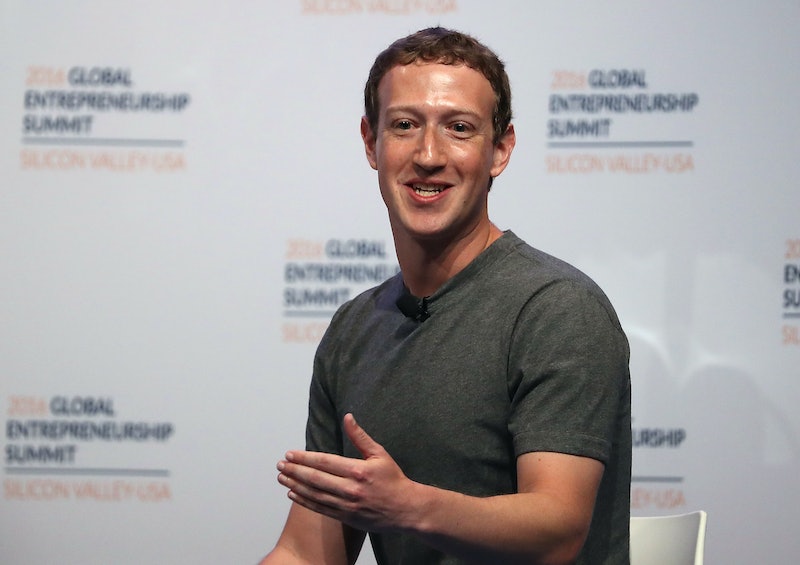 From New York City to Portland, Oregon, airports across the United States have been filled this weekend with fervent demonstrators, protesting the immigration policies of President Trump. In the past week, Trump has announced his plans for the much-talked-about border wall he promised to build throughout his campaign, and he instituted a travel ban that bars people of certain countries from entering the U.S. Among the thousands of Americans who have begun to protest are several familiar faces, including some Silicon Valley leaders who are standing up for refugees.

Protests began over the weekend after what seemed like a long week of Trumpian announcements. The policies Trump introduced could not have been unexpected — he spent many months of his campaign calling for a border wall and a ban on Muslim immigration — but they were received by many Americans as nonetheless disturbing. First, Trump announced the wall. He signed an executive order on Wednesday, which ordered a wall to be built and funding for sanctuary cities to be halted.

On Friday, Trump announced the travel ban. Per the ban, travelers, refugees, and immigrants from Iran, Iraq, Syria, Sudan, Libya, Yemen, and Somalia are not allowed to enter the U.S. A federal judge in New York blocked part of the ban on Saturday, but the ruling was only a small, partial victory for the thousands of protestors gathered in America's airports. Tech leaders, in particular, have had plenty to say.

Facebook CEO Mark Zuckerberg took to his signature platform on Friday to condemn Trump's immigration policies. In the Facebook post, which had been shared more than 88,000 times by Sunday morning, Zuckerberg spoke of his ancestors and, more prominently, his wife's family. "Had we turned away refugees a few decades ago, Priscilla's family wouldn't be here today," he wrote.

Google co-founder Sergey Brin joined protestors at San Francisco's international airport on Saturday. Brin was seen speaking to protestors, including a woman in Muslim garb, and posing for an irresistibly cute photo with a young protestor in a stroller. Brin was born in Russia and immigrated to the U.S. with his parents as a child.

Elon Musk has founded many a tech startup, including Tesla and SpaceX. On Saturday, he tweeted his rejection of Trump's travel ban, calling it "not the best way to address the country's challenges." Prior to Trump's inauguration, his transition team announced that Musk would advise the president-elect on strategy and policy. If Musk really does have Trump's ear, then maybe he can take more action than a couple tweets.

Like Musk, Uber CEO Travis Kalanick also reportedly advised Trump during his presidential transition. On Saturday, Kalanick sent an email to Uber's employees with the subject line, "Standing up for what's right." He also shared his message on Facebook. In it, Kalanick told Uber employees that the company was reaching out to employees who are affected by the ban and that he believes in "principled confrontation and just change."

Twitter CEO Jack Dorsey was vocal on Twitter over the weekend about his support of immigrants and refugees. "This EO (presumably, executive order) goes against our principles," he said in one tweet. "The Executive Order is wrong," he said in another.

Like Trump, LinkedIn CEO Jeff Weiner graduated from the University of Pennsylvania. That may be where the commonalities end. Weiner tweeted his support of immigrants on Saturday, calling for universal "access to opportunity." His message was reminiscent of a letter he sent to LinkedIn employees in November, after Trump's election, in which he said that "no election should ever change" the way people treat one another.

In addition to his appearances on Shark Tank, Chris Sacca is known for investing in some of Silicon Valley's most successful startups, including Uber and Instagram. Over the weekend, Sacca announced a different kind of investment: He's matching donations to the ACLU, which launched the lawsuit that blocked part of Trump's travel ban. At first, Sacca planned to match $25,000, but that number quickly increased to $150,000.

Like many of their Silicon Valley counterparts, the co-founders of Lyft sent out an email to their employees over the weekend. In it, they reportedly opposed Trump's immigration policies, saying, "We stand firmly against these actions, and will not be silent on issues that threaten the value of our community." They also promised to work with employees who would be affected by the ban.

Despite the wide range of technological advances and the competition for investments, Silicon Valley appears to be united in support of immigrants and refugees. If you're looking for a way to get involved, you can take a note from their playbooks. Consider joining a protest like Brin or donating money like Sacca.