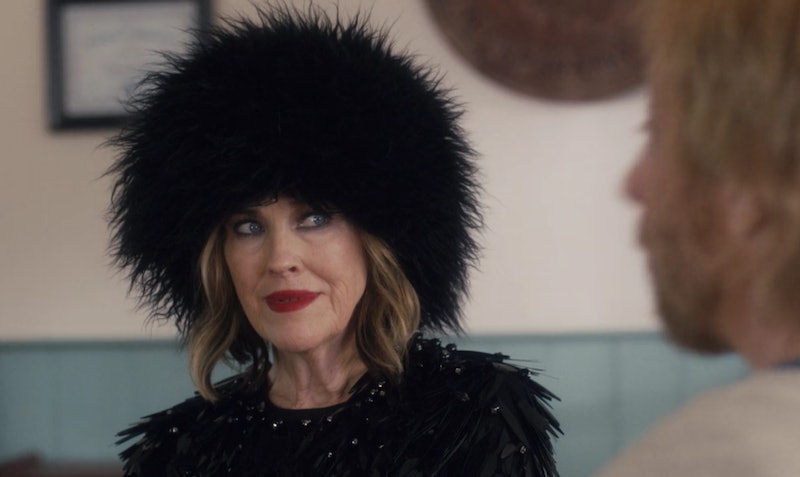 If there is one thing Schitt's Creek's Moira Rose loves more than awards season, it's talking about herself. As such, we know a lot about the extravagant life she led before the Roses lost their fortune — and even more about her not-so-illustrious acting career.

What we know less about, however, is Moira's life before she met Johnny. Unlike the rest of the Roses, she grew up in a small town similar to Schitt's Creek, which makes having to live there particularly hard for her. This isn't just a sudden fall from grace, but a return to a life she thought she'd long escaped — which explains why she clings to relics of their past life, like her wall of expensive wigs, more so than other members of the family.

Being in the town has done Moira a lot of good, allowing her to reconnect with her family and reevaluate what matters in life, but she can still be be a neglectful mother and self-centered person. Luckily, that works to our benefit in this case: similar to the way Alexis casually drops in anecdotes of her wild, globe-trotting antics, Moira has shared a few nuggets about her life before Johnny swept her off her feet at a ribbon-cutting ceremony.