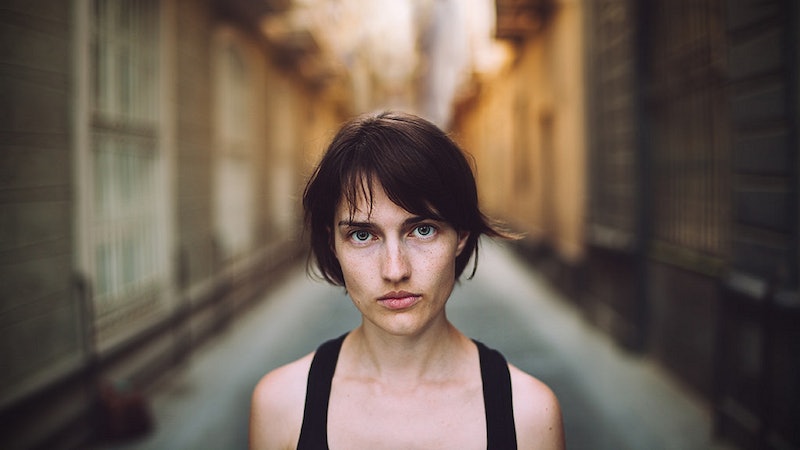 Recently, a female redditor recounted a troubling experience: A man was harassing her at an intersection. She ignored him. So he threw a cup of antifreeze on her windshield. Though scary, the story was not that unusual. Apparently, this needs saying, AGAIN: There are things that women don’t owe men. Period.

Women owe men what every human owes every other human: Respect. Basic civility. Consideration. Acknowledgment of their shared humanity. But we don’t owe men deference. We don’t owe them our time and attention. And we certainly don’t owe them our bodies. Those are all things that women can give men, that men can give women, that any adult can give to another adult. But it has to be a choice, always — not a debt or an obligation. And that choice has to come from a real desire to defer, to give time and attention, to have sex, to do anything — not deeply rooted stereotypes about gender and the social hierarchy.

I’m not suggesting that all men behave toward women with a sense of gendered entitlement, or that all men are the type to punish women who ignore them by throwing random substances on their cars. But this entitlement is the basis for a lot of bad behavior. Catcalling and harassment stem at least in part from assumptions that men are owed attention, conversation, time, gratitude, and even sex from women around them — simply because they are men. Which is ludicrous, clearly.

These are just a few of the things that women don’t owe… anyone, really:

If I had a penny for every time a guy I’ve never met has told me I should smile more, I would have… well, a lot of pennies. “You should smile more” or “You’d be so pretty if you smiled!” are common — though I can’t imagine very effective — pick up lines often lobbed at women as they move through pubic spaces, minding their own business. These lines play upon societal pressures placed on women to always be pleasant and happy, especially around men. When men call on a woman they don’t know to smile, regardless of whatever may be happening in her mind, they’re suggesting that her inner life matters less than their own desires.

No one should have to perform happiness for strangers. If a woman isn’t smiling, assume that’s the way she wants her face to be in that moment.

There is absolutely nothing wrong with attempting to strike up a conversation with a woman, as long as you are respectful of her time and boundaries (so, leave her alone if she is clearly busy, or in a conversation with someone else, or wearing headphones). However, whatever your motivations may be, whether it’s looking for a date or simply wanting to have some pleasant small talk, she (or anyone, for that matter) doesn’t owe you conversation. So if she’s demonstrating that she’s uncomfortable or doesn’t want to talk — by saying so directly, by responding with monosyllables, by turning away with her body, by trying to leave — be respectful of that and let her go.

3. Being more than friends.

Can we get rid of the term “friend-zone”? The concept perpetuates the idea that friendship between a man and a woman is somehow inadequate in itself — and that being friends with a woman is simply a route to having sex with her. Certainly, there are plenty of couples out there that started out as friends and eventually developed romantic relationships. But no one owes romantic feelings or sex to someone in exchange for friendship. That’s not how friendship works. If you’re friends with someone only because you want to get something from him or her — money, sex, connections, whatever — then you were never really that person’s friend in the first place.

Friendship is not a consolation prize. If a woman is friends with you, enjoy it! Because friends are great. We should all have more friends!

5. Niceness — especially if you aren’t being very nice.

We should all strive to be civil toward one another, but a woman isn’t obligated to go out of her way to be nice to strangers. And if you’ve demonstrated hostile behavior — through catcalling, or aggressive or obscene messages, or refusing to leave her alone — she doesn’t even owe you civility.

When women complain about catcalling or street harassment, they’re often told that they should feel flattered by the comments or grateful for the attention. But why? They’re simply going about their lives like anyone else — they never asked to be yelled at by strangers on their way to work.

Not every woman feels the exact same way about unsolicited attention (and, of course, unsolicited attention can take many forms, some more respectful than others). Maybe some do like it, and will say, “Thanks for the compliment.” But no one is obligated to feel thankful for attention from strangers they never asked for in the first place.

7. An explanation for rejection.

Getting rejected sucks for anyone. If you ask a woman out and she turns you down, or if a woman breaks up with you, of course it’s nice to get an explanation, especially if you honestly are confused about why she doesn’t want to date you. But she doesn’t owe you an explanation. People — male, female, or otherwise — have the right to simply say, “No, I don’t want to” and leave it at that.

A woman is never obligated to make sure that you feel comfortable, especially when doing so would make her uncomfortable. Women in our culture are often conditioned to be sweet and nice and to make people happy, sometimes to their own detriment. I know I’ve been in plenty of situations in which I’ve allowed myself to feel uncomfortable because I didn’t want to make someone else — like a random guy hitting on me at the hardware store — feel awkward. But it’s absolutely OK for women to place their own sense of wellbeing, and especially their safety, ahead of other people.

9. Gratitude for being “nice.”

There’s been plenty of writing about “Nice Guy” Syndrome, a disease that afflicts some unfortunate guys who think that being “nice” (which can vary from being friendly to simply not being actively creepy, depending on who you ask) entitles them to women’s gratitude and affection — and they tend to complain when they doing get it. There are plenty of wonderful, actually kind men out there, but they generally don’t run around shouting “I’m a nice guy!” nor do they believe that being so makes them exceptional.

There’s enough misogyny and awfulness out there that it’s always great when men are respectful toward women and, better yet, actively support gender equality. But let’s be clear: You do not deserve a shining star for simply not being a jerk. Nor do you deserve a medal for thinking that women are people, too. Behaving decently to women (and everyone else, for that matter) isn’t a “bonus” quality; it’s a fundamental hurdle to being a good person.

More like this
Women Around The World Are Cutting Their Hair In Solidarity With Mahsa Amini
By Darshita Goyal
How To Politely Reject Someone Who Keeps Asking You Out
By Laken Howard and Lexi Inks
10 Ways To Be More Empathetic To Your Partner
By Raven Ishak and Lexi Inks
Think Your Partner Is Cheating? These Tarot Cards May Confirm Your Suspicions
By Kristine Fellizar
Get Even More From Bustle — Sign Up For The Newsletter