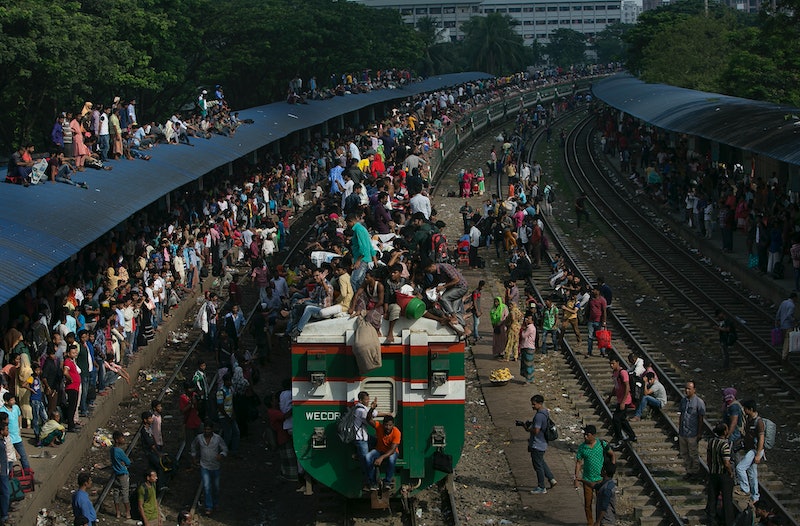 Less than two weeks after filing sexual assault allegations against her headmaster, a 19-year-old Bangladeshi teenager was burned to death earlier this month, the BBC reported. Nusrat Jahan Rafi, who was from Feni — a small town 100 miles south of the capital city of Dhaka — was tricked into going onto the rooftop of her school, according to The Telegraph. When she got there, four or five people allegedly demanded that she withdraw her allegations against the school's headmaster, and when she declined to do so, they set her on fire, per The Telegraph.

According to BuzzFeed News, Rafi filed a police report against her headmaster on March 27. In the report, she alleged that the headmaster of her madrasa — or Islamic school — had sexually harassed her. She also alleged that her teachers had urged her to keep quiet about the repeated sexual harassment when she brought it up with them, BuzzFeed News reported.

The headmaster was arrested after Rafi went to the police with her allegations, per The Telegraph, but that reportedly prompted death threats that were sent to Rafi and her family by the headmaster's supporters. Less than two weeks later, on April 6, the BBC reported that Rafi went to school to take her final exams. That was when she was tricked into going up to the roof, according to the BBC, after which she was doused with kerosene and set on fire. She died four days later after doctors discovered that 80% of her body was covered in burns.

"I tried to take my sister to school and tried to enter the premises, but I was stopped and wasn't allowed to enter," Rafi's brother, Mahmudul Hasan Noman, told the BBC. "If I hadn't been stopped, something like this wouldn't have happened to my sister."

Rafi's brother told The Daily Star, a Bangladeshi newspaper, that she might not have gone up to the rooftop had he been permitted to accompany her. He added that his sister "ran down the stairs screaming for help" once her attackers had left the scene, and that other students doused the fire, but she was already covered in burns. Rafi's attackers allegedly wore burqas, spectacles, and gloves and were therefore difficult to identify, per The Daily Star, but before she died, Rafi gave a statement to police describing the attack.

When she was in the ambulance after the attack, the BBC reported that Rafi recorded a message on her brother's phone, refusing to back down from the sexual harassment allegations that she had filed against the headmaster.

"The teacher touched me, I will fight this crime till my last breath," Rafi said in the recording, per the BBC.

Thousands of people attended Rafi's funeral in Feni, BuzzFeed News reported, and many others across the country held protests to demand justice. According to the BBC, Bangladeshi police have arrested 15 people since Rafi's death, seven of whom were allegedly involved in her murder and two of whom had organized a protest in support of the madrasa's headmaster.