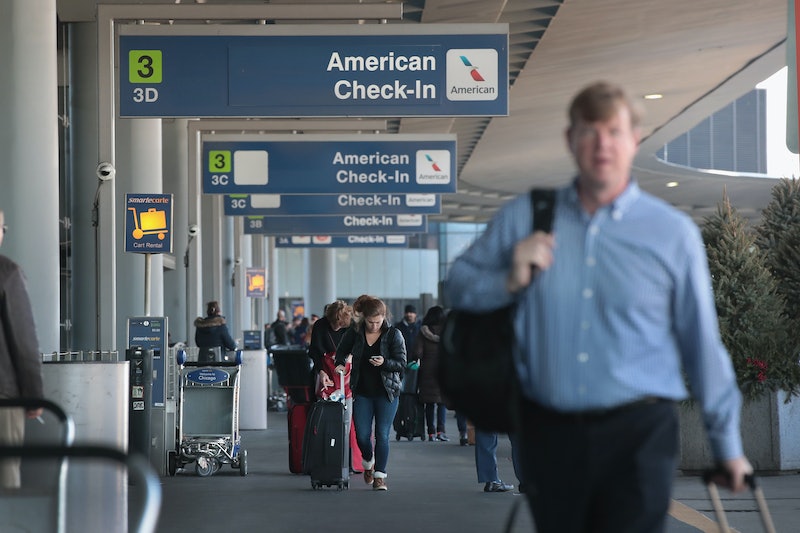 In an effort to demand city lawmakers address ongoing issues of violence and lack of opportunity, protesters hope to shut down Chicago's O'Hare Airport this Labor Day. Protesters plan to march Monday along Kennedy Expressway near the Cumberland Avenue entrance ramp in an effort to block traffic along one of the main roads leading into and out of the nation's second busiest airport.

"I would rather see my people marching on the expressways than dying in the streets," Rev. Gregory Livingston wrote in a brief statement tweeted Sunday. The Baptist minister is largely responsible for organizing the march, which has been dubbed O'Hare Shut Down, through Coalition for a New Chicago, a nonpartisan social justice organization.

According to Livingston, protesters seek to raise awareness about violence and lack of educational and employment opportunities in the South and West sides of Chicago. Along with legislation to increase African-American employment opportunities, Livingston's group is also calling for a repurposing of closed schools, resources for black-led anti-violence initiatives, economic investment in the city's South and West sides, and the resignation of Chicago Mayor Rahm Emanuel.

Byrd also said authorities were "prepared for all contingencies" and would make arrests if necessary. "We're prepared for that," Byrd said. "But that's not our goal."

According to USA Today, Illinois State Police claimed they'd offered protest organizers alternative locations but that those suggestions did not appear to have been taken as of early Monday morning.

In a press conference held late last week, a spokesperson for the Chicago Police Department said they support people who protest against violence but that they "still have to be mindful about public safety," WGN reported.

According to The Chicago Tribune, Chicago has struggled with ongoing gun violence. Seventy-four people were shot in the first weekend of August alone and more than 2,000 people are reported to have been shot in the city so far this year.

In a recent interview on WGN's Politics Today, Livingston claimed that much of Chicago's violence was being generated due to poor living conditions and a lack of opportunity in the city's South and West sides. "There are people on the South and West sides who don't have working toilets, who don't have heat in the wintertime, who don't have hot water," Livingston said. "If you're living in [those] conditions, if you're born into what I would call economic violence, well, economic violence begets another kind of violence."

"That's what we're trying to shut down here," Livingston said. "That segregation of resources and people."

While Labor Day is not the nation's busiest travel day of the year, it's certainly near the top of the list. According to Fortune, some 16.5 million Americans are expected to travel via plane over Labor Day weekend, meaning the O'Hare Shut Down protest could have a major impact.