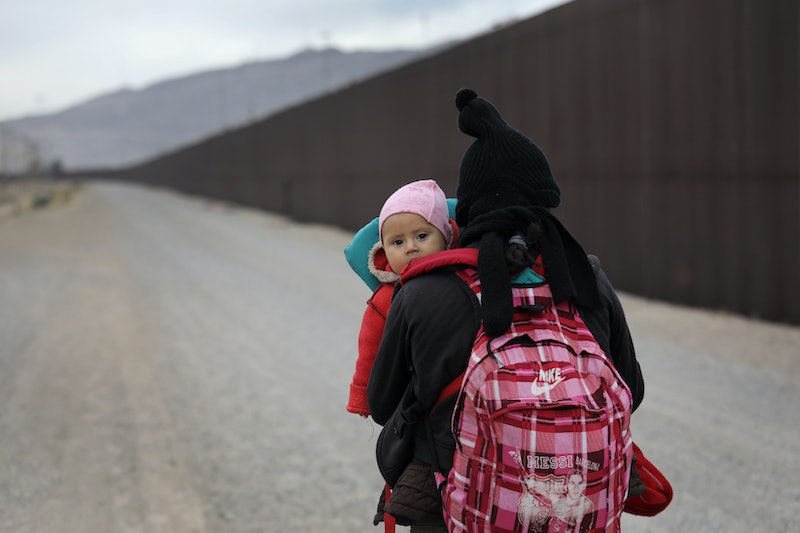 The Trump administration has been given a deadline to identify children separated at the border, according to a federal judge's ruling. The federal government has a timeline of six months to carry out the task, The Associated Press reported on Thursday.

The AP noted that U.S. District Judge Dana Sabraw said that he would be willing to extend the deadline depending on the case. But he added that a concrete deadline was necessary. "It is important for all government actors to have a timeframe, a deadline. You tend to stand on it," Sabraw said.

Under Sabraw's order, the federal government will be required to comb through some 47,000 cases of children in custody who are unaccompanied. The outlet noted that these cases took place between July 1, 2017 to June 25, 2018.

This all comes after Trump's family separation policy, which was authorized in 2018. The administration's "zero tolerance" approach to immigration at southern border resulted in almost 3,000 children being split from their family members, according to Health and Human Services' estimation last year.

A commander for the U.S. Public Health Service, Jonathan White, testified in front of Sabraw about how the federal government would carry out the task of identifying the children over the next six months. Sabraw appreciated White's testimony, per the AP, and called him a "beacon of light."

According to NBC News, the federal government will carry out two parallel track systems to identify the children and inform the probe's status on May 17. One track, detailed by White in his testimony, per the AP, will involve creating a statistical model in 12 weeks to get to the root cause of the separations. Various factors will go into investigating that, including looking for children under the age of 5 and children who were traveling without their guardians or siblings. Additionally, this first track system will also look through cases of children separated from their families at the El Paso, Texas, border between July and November in 2017.

The second track system will sift through cases of children who were split from their families by the United States Customs and Border Protection during April 2018. In February, ABC News reported that an internal government audit revealed the federal government had poor tracking systems. Such faulty tracking methods made it difficult to maintain accurate and updated records of migrant children at the border, according to the report.

Advocates who have demanded the reunification of migrant families may find hope in Sabraw's deadline for the federal government. NBC News reported that American Civil Liberties Union's deputy director of Immigrants' Rights Project, Lee Gelernt, praised Sabraw's ruling. Gelernt said in a statement on Thursday: "This order shows that the court continues to recognize the gravity of this situation."

"We are talking about the lives of children, potentially thousands of them," Gelernt added. "The government was able to quickly gather resources to tear these children away from their families and now they need to gather the resources to fix the damage."