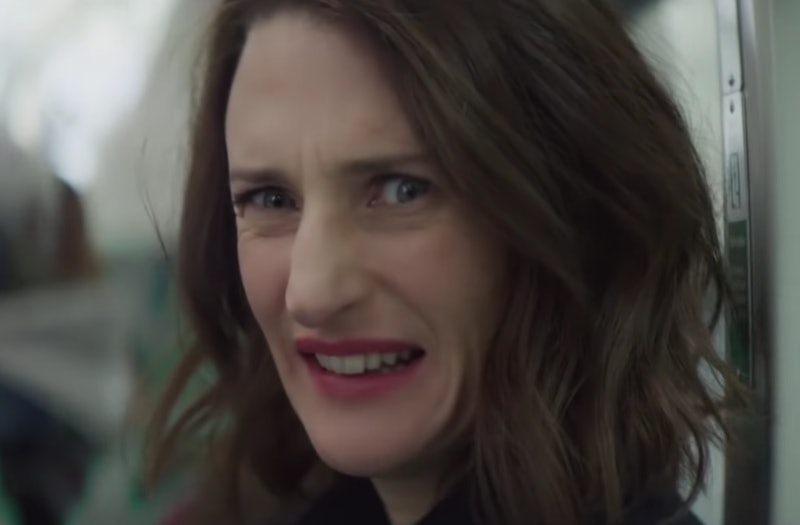 Alert: you've just been given another excuse to watch Phoebe Waller-Bridge's TV masterpiece all over again. Well, not the original one, but the French version of Fleabag. Yes, you did read that correctly. As the Guardian reports, French TV channel Canal+ is getting ready to debut a European adaptation of the hit series.

If you're wondering why France couldn't just subtitle the London-based version, there's a pretty good reason. Although the themes explored in Fleabag can be translated to almost any Western country in the world, there are certain things that are specifically British. “It was about making sure it sounded right in France, so that it really seemed anchored in France," Jeanne Herry, writer and director of Mouche (the title of the French adaptation), told France Inter Radio.

But Herry described Waller-Bridge's original as "excellent", adding that she doesn't "see why you'd change it." According to the Guardian, the French contract only allowed for two or three scenes to be added to each episode. So expect almost every episode to be replicated scene for scene, except for an extra dive into the titular character's relationship with her best friend and more emphasis on her mother's funeral.

For a French audience, details like this are apparently perfect, but the adaptation should still resonate with any viewer. "We found it worked with Paris decor and costumes," Herry added to the radio station. "It’s a series that is not so much about England or English culture but about the times we’re living in. Those times we’re living in have a similar impact across Europe and the Western world and similar themes — personal connection, the difficulties of talking — at the heart of families. It’s all so universal that the connection worked.”

French actress Camille Cottin is set to take on Waller-Bridge's role. She previously starred alongside Brad Pitt and Marion Cotillard in 2016 film Allied and plays a big part in French comedy series Call My Agent! which is currently available on Netflix.

In fact, it was Cottin who came up with Mouche's title, having taken it from her childhood nickname, reports the Guardian. "It was important to keep that mystery, that enigmatic, poetic, timeless side and not put something too modern in there," she said. The actress also noted that Waller-Bridge had emailed her wishing her luck.

France isn't the only country getting on board with the Fleabag hype. The second season has recently dropped on Amazon Prime, letting people across the world in on the magic of that hot priest scene.

You can also catch Waller-Bridge performing the Fleabag play IRL this summer. The theatre production that inspired the TV show will be performed for the final time at London's Wyndham's Theatre from Aug. 20 until Sep. 14. Unfortunately, it is sold out. But there are still a couple of ways to bag yourself a seat.

Every day, the theatre will be holding a lottery for the chance to secure up to two front row or box tickets for £20 each. Entries will be accepted until two-and-a-half hours before each performance with a total of 33 tickets up for grabs daily. A number of standing tickets will also be available to buy on the day. These will cost £10 each and will be sold on a first come first served basis from 10 a.m. at the theatre's box office.

Mouche airs on Canal+ on June 3.

More like this
'The Lord of the Rings: The Rings of Power' Revisits Iconic Spots From 'The Hobbit'
By Darshita Goyal
You’ll Definitely Recognise Both Of Ty Tennant’s Parents
By Maxine Harrison
'House Of The Dragon’s Theo Nate Is A “Massive” 'GoT' Fan
By Maxine Harrison
UK Viewers Will Have To Wait To Watch The Handmaid’s Tale S5
By Maxine Harrison
Get The Very Best Of Bustle/UK