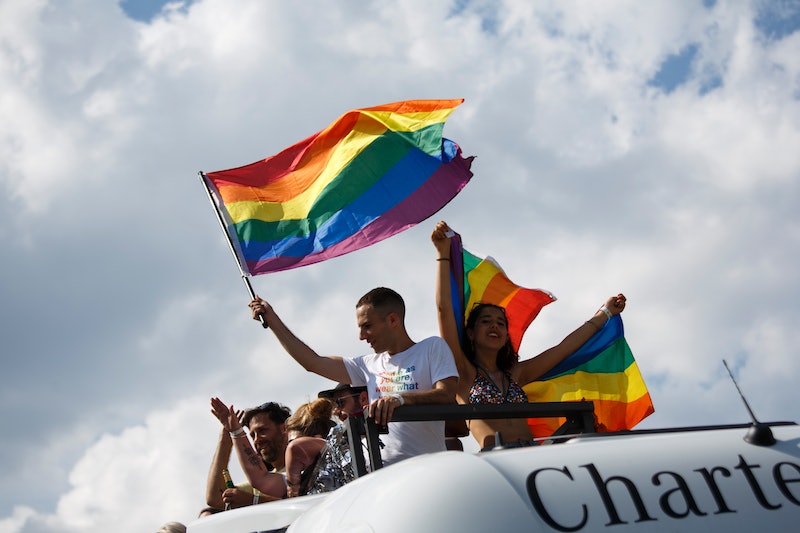 Brunei, a former British colony in Southeast Asia, passed a law that punishes adulterers and men who engage in sexual acts with men with death by stoning, BuzzFeed News reported. In light of this flagrantly anti-LGBTQ law, celebrities are boycotting hotels owned by Brunei's Sultan Hassanal Bolkiah, which are located all over the world.

On Tuesday, comedian Ellen DeGeneres posted a photo of a list of hotels owned by Bolkiah on Instagram. In the caption, she wrote, "Tomorrow, the country of Brunei will start stoning gay people to death. We need to do something now. Please boycott these hotels owned by the Sultan of Brunei. Raise your voices now. Spread the word. Rise up."

In late March, actor George Clooney wrote a guest column for Deadline about Brunei's "cruel anti-gay laws" and called for a broader boycott of companies and institutions that associate with Bolkiah. "Brunei is a monarchy and certainly any boycott would have little effect on changing these laws. But are we really going to help pay for these human rights violations?" he wrote. "I’ve learned over years of dealing with murderous regimes that you can’t shame them. But you can shame the banks, the financiers and the institutions that do business with them and choose to look the other way."

Clooney added that attending events or staying at these hotels meant that people were paying "men who choose to stone and whip to death their own citizens for being gay or accused of adultery." Actress Jamie Lee Curtis later tweeted a link to his column, saying that she supported Clooney "doing the right thing, fighting an unjust and barbaric law."

It's unclear if calls for a boycott of these hotels owned by the sultan of Brunei will lead to the country changing its anti-LGBTQ law. But if there is widespread support for the boycott, the sultan's hotels in Los Angeles and Beverly Hills in the United States, London and Ascot in the United Kingdom as well as Italy and France may lose visitors and, consequently, revenue.

So far, one of the hotels, Dorchester Collection, has attempted to distance itself from the controversy. In a statement to People magazine, the company said, "Dorchester Collection’s Code emphasizes equality, respect and integrity in all areas of our operation, and strongly values people and cultural diversity amongst our guests and employees. Inclusion and diversity remain core beliefs as we do not tolerate any form of discrimination."

This isn't the first time that such a boycott gained attention. In 2014, BuzzFeed News reported that celebrities like musician Elton John condemned the sultan for declaring that he would introduce Sharia code to supposedly follow Islamic practices closely.

The musician reiterated his thoughts on Brunei on March 30. "We must send a message, however we can, that such treatment is unacceptable," John tweeted. "That’s why David and I have long refused to stay at these hotels and will continue to do so. We hope you will join us in solidarity."