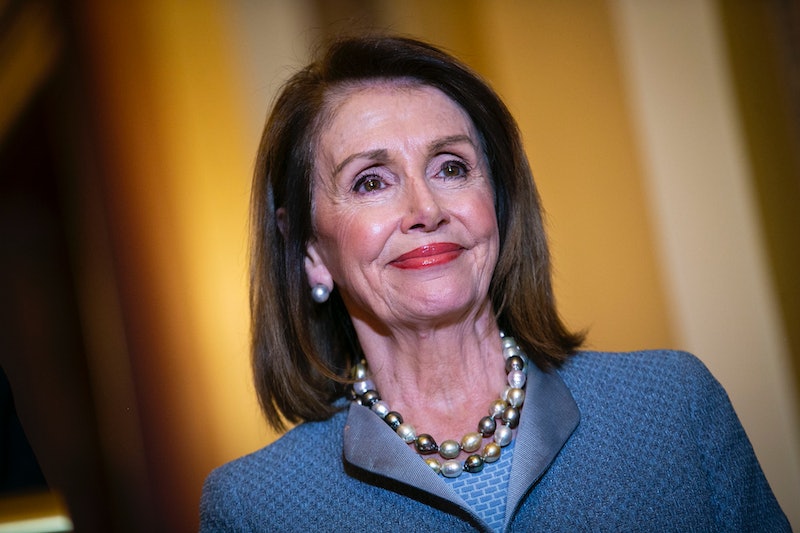 On Thursday, House Speaker Nancy Pelosi announced House leaders' intention to file a lawsuit against Trump's national emergency. The news came in the form of a statement released on behalf of the Bipartisan Legal Advisory Group, which is comprised of five members of the House leadership. These leaders voted on Thursday to authorize the filing of the lawsuit, which accuses the president of violating a clause in the Constitution, among other things.

The statement from Pelosi on behalf of the group reads in part,

The President’s sham emergency declaration and unlawful transfers of funds have undermined our democracy, contravening the vote of the bipartisan Congress, the will of the American people and the letter of the Constitution. The President’s action clearly violates the Appropriations Clause by stealing from appropriated funds, an action that was not authorized by constitutional or statutory authority. Congress, as Article I – the first branch, co-equal to the other branches – must reassert its exclusive responsibilities reserved by the text of the Constitution and protect our system of checks and balances.

Pelosi did not reveal how the votes played out within the group, but it's worth noting that the group is currently comprised of three Democrats and two Republicans. CNN confirmed that the vote went 3-2 along party lines. Bustle has reached out to the White House for comment.

Pelosi concluded her statement by confirming that POTUS faced a rocky road ahead, if he planned to move forward with his national emergency. The statement read, "The House will once again defend our Democracy and our Constitution, this time in the courts. No one is above the law or the Constitution, not even the President."

Per CNN, the lawsuit against Trump, which has not yet been filed, will argue that Trump's effort to transfer funds from appropriated accounts into a fund for the border wall is a direct violation of the Appropriations Clause. The clause, which is found in Article I, Section 8 of the Constitution, reads:

No Money shall be drawn from the Treasury, but in Consequence of Appropriations made by Law; and a regular Statement and Account of the Receipts and Expenditures of all public Money shall be published from time to time.

In layman's terms, this means that Congress has control of how federal spending occurs, and that Congress, not the president, is the final arbiter when determining the use of public funds. But this new lawsuit isn't the only legal challenge to Trump's national emergency. In fact, it's the eighth, according to an ongoing tracker by CNN.

Other organizations and entities that have filed lawsuits against Trump related to the national emergency include the state of California; El Paso County, Texas; the Center for Biological Diversity; Public Citizen (on behalf of the Frontera Audubon Society and others); Citizens for Responsibility and Ethics in Washington; the Sierra Club; and the Rio Grande International Study Center.