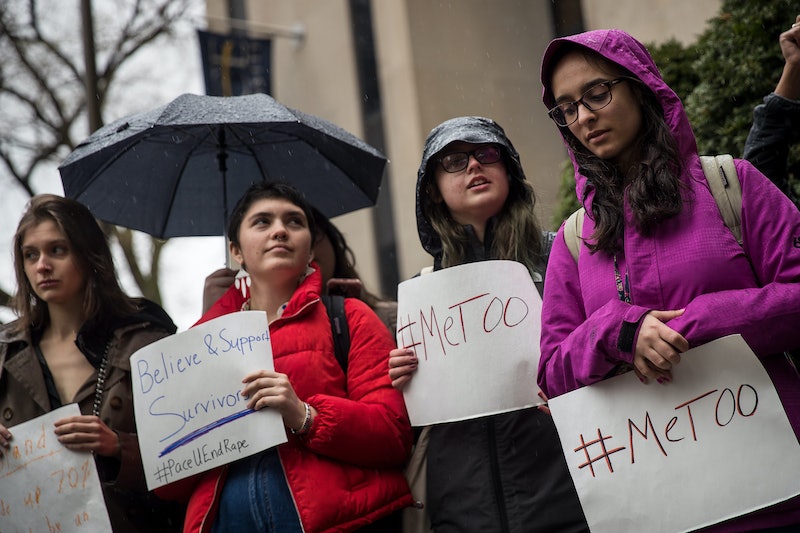 According to The Atlanta Journal-Constitution (AJC) on Friday, a Georgia man accused of sexually abusing a teenage girl, who was 16 at the time, will not go to prison. AJC reported 33-year-old Michael Wysolovski was sentenced to time served after he pleaded guilty to first degree cruelty toward a child as well as interstate interference with custody.

Given that Georgia's age of consent is 16, Wysolovski was not charged with child molestation but AJC reporter Amanda Coyne wrote, "The specific child cruelty charge he pleaded to specified that the cruelty was caused by 'excessive physical pain during sexual intercourse.'"

The outlet noted that Wysolovski was sentenced to 10 years with eight months in prison. Because he had already served eight months in the Gwinnett County Detention Center before his trial, the publication reported that Wysolovski would spend the remaining nine years and four months on probation. As part of his sentence, he has also been required to permanently register as a sex offender.

According to The Atlanta Journal-Constitution, Wysolovski was arrested in 2017 after law enforcement authorities found a 16-year-old North Carolina girl in his Duluth home. The girl had been missing for more than a year and upon being found, authorities noted that she was severely underfed, physically injured after being held captive in a dog cage, and had contracted ringworm.

In case you didn't know, "time served" points to a scenario when a defendant has already served time in prison before their trial. This spent time can be credited to the collective length of their full sentence. But "time served" does not necessarily mean that the defendant has a clean criminal record. In this sort of case, a person sentenced to time served may be handed probation, fines, community service, or a combination of these sentences.

According to prosecutor Michael DeTardo, Wysolovski and the teenager agreed to enter a "consensual non-consensual" dynamic in which non-consensual sexual acts were simulated, The AJC reported. TeDardo stated that Wysolovski broke the agreed limits, ignored "safe words," and used "excessive force" on the young girl.

The prosecutor said that the teenager's family wanted Wysolovski to register as a sex offender for life. According to The AJC, the girl’s father said in a victim impact statement, "The psychological damage Michael Wysolovski inflicted is beyond imagination."

The Georgia case may remind some of a recent case related to a New York bus driver who pleaded guilty to raping a 14-year-old girl he drove. In late April, Judge James McClusky sentenced the bus driver, 26-year-old Shane Piche, to 10 years of probation and zero time in prison. McClusky also ruled that Piche, who pleaded guilty to raping the teenager in February, would not register as a sex offender in online databases. The ruling left many people stunned and furious.

"In my time on the bench I can count on both hands the time I’ve refused to give someone first offender status – but there’s something inside me that says this is one of those times," he added.