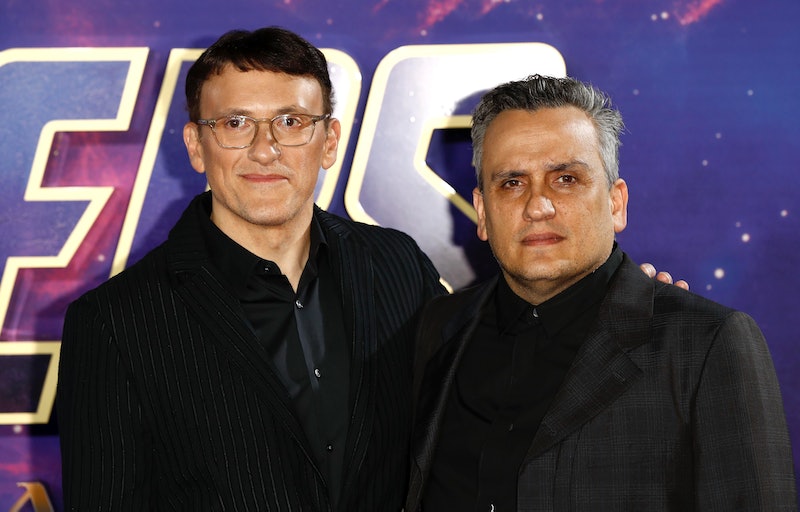 After 22 movies, the MCU will finally include a LGBTQ character. In a new interview, Endgame directors Joe and Anthony Russo said that Marvel Studio will reveal a gay character in an upcoming movie. The brothers also suggested the character will be one fans already know.

In an interview with EW Morning Live, the Russos talked about how Endgame featured the first canonically gay character in the MCU, which happened to be played by Joe Russo. In the film, Joe plays a grieving man in the post-Snap support group that Captain America runs. In the scene, Joe's character reveals he went on a date with another man who was also mourning, which ended with them both in tears. “Yes, openly gay,” Joe told EW of his small, but now historic role in the MCU. “There’ve been insinuations about other characters’ sexuality, but this is the first openly gay character.”

This of course, led host Jessica Shaw to question which queer characters he may referring to. “Uhhh,” Joe said. “We’re gonna find out!” Anthony then added, “That’s a story for another day."

Hopefully, that day will be like tomorrow since fans have been waiting for more LGBTQ representation from Marvel for far too long now. Of course, the Russos could not give specifics, only hint at what's to come. "There is a gay character coming up in one of their films, and I think Kevin [Feige, Marvel Studios president] will make that announcement," Joe said, "I’m sure pretty soon."

Last summer in an interview with The Playlist, Marvel Studios Feige revealed that at least two LGBTQ characters will join the MCU. He also didn't go as far to name names, but he teased: "Both [characters] you’ve seen and ones you haven’t seen." Joe Russo's character falls into the latter category. As does the rumored role in the upcoming film, The Eternals, directed by Chloé Zhao, which is reportedly looking to cast a gay lead.

Of course, what fans really want to know is who is in the former. Many fans have guessed Tessa Thompson's Valkyrie will come out in an upcoming film since there was already a deleted scene in Thor: Ragnarok, which gave a glimpse of a woman leaving the warrior's bed.

In the comics, Valkyrie is openly bisexual, something Thompson celebrated on Twitter. "She’s bi," Thompson said in response to a fan. "And yes, she cares very little about what men think of her. What a joy to play!"

It also wouldn't be surprised to learn Captain Marvel is one of the characters who will come out since Brie Larson's been outspoken about her commitment to LGBTQ representation in the MCU. Last month, Larson told Variety that she wants Marvel to "move faster" on LGBTQ inclusion. “I don’t understand how you could think that a certain type of person isn’t allowed to be a superhero," she said of the lack of queer superheroes. "So to me it’s like, we gotta move faster. But I’m always wanting to move faster with this stuff.”

She's not alone. Fans want to see Marvel become more inclusive and Feige says he does, too. "We want the movies to reflect the audience and we want every member of our global audience to see themselves reflected on the screen," he told io9 last month. Hopefully, this news of the MCU adding more LGBTQ characters is a sign that they are really committed to doing just that.

More like this
Everything You Need To Know About The 'Knives Out' Sequel
By Bustle Editors
A New Scooby-Doo Movie Confirmed Velma Is Gay & Twitter Is Pumped
By Radhika Menon
Everything You Need To Know About ‘Black Panther: Wakanda Forever’
By Bustle Editors
The 50 Most Powerful Characters In The Marvel Universe, Ranked
By Johnny Brayson and Nola Pfau
Get Even More From Bustle — Sign Up For The Newsletter