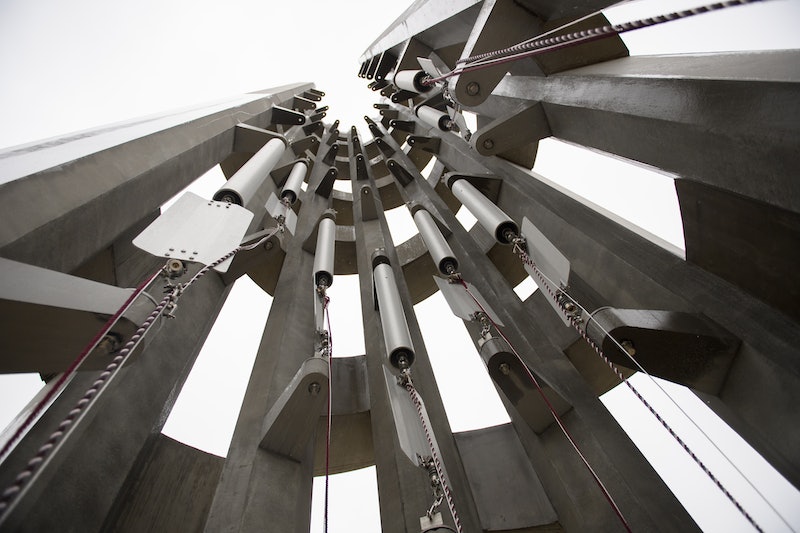 As the nation moves closer to the 17th anniversary of the Sept. 11 attacks, a new memorial honoring some of that day's most heroic victims has just opened. The new memorial to the passengers of Flight 93 has just opened at the spot in Pennsylvania where their plane crashed into a field, and it contains a touching musical component.

The memorial, according to USA Today, takes the form of a 93-foot tall tower — but inside the tower, there will be a unique wind chime for each of the 40 passengers and crew members who lost their lives that day. The "Tower of Voices," as it's called, already makes beautiful and haunting music that encircles visitors to the memorial, an effect which will only grow stronger once all of the wind chimes have been installed, CBS News reported.

Symbolically, the chimes represent the passengers' voices. As CBS News explained, many of the passengers and crew members on Flight 93 called their loved ones to say their goodbyes or leave tearful messages once they realized what was happening on their flight. The Flight 93 memorial website then wrote that when the passengers heard the news of the other hijacked planes, they decided to fight back against the men who hijacked their own plane rather than let the hijackers carry out another attack.

The passengers then decided to rush the cockpit, and the resulting struggle caused their plane to crash outside of Shanksville, Pennsylvania.

"There's a serenity here to allow people to reflect and be contemplative, and there's a severity to remind people of what actually happened here," said Paul Murdoch, the memorial's architect, speaking with CBS News. This is a battleground on the one hand, but it's also a final resting place of these 40 people."

The Flight 93 National Memorial is actually a much bigger complex, but the Tower of Voices is its final, and crowning, element. As former Pennsylvania Gov. Tom Ridge said at the tower's dedication ceremony on Saturday, Business Insider wrote, the memorial would be offering "an everlasting concert by our heroes."

“We wanted to do, I’ll call it a living memorial in sound, because the last memory of many of the people on the plane were through their voices on phone calls,” Murdoch told USA Today. “And we wanted to use the natural forces of the site to activate the chimes.”

Remembering the passengers of Flight 93 in an active, powerful way was also fitting for the way that they lost their lives.

"We don't look at the passengers and crews as victims; we look at them as heroes. Obviously they wanted to live. But they also knew that in order to try to survive they had to fight," said Gordon Felt, the president of the Friends of Flight 93 organization, according to CBS News. "And in doing so, they lost their lives. But they averted a far greater tragedy that would've been inflicted on our country."

Felt lost his brother on the plane, and he told CBS News that he had one hope in particular for the visitors to the memorial.

"Most importantly, when visitors walk away, I hope that they take with them a question," Felt told CBS News. "If it was me, could I have done what they did?"