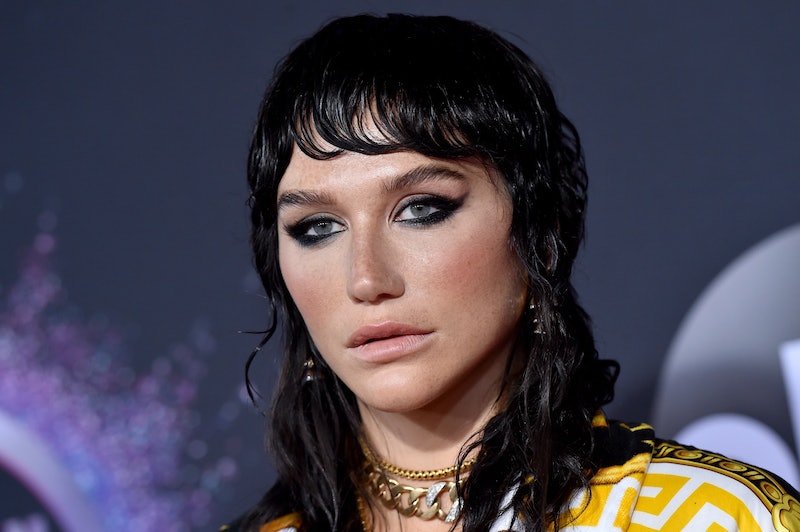 A legal victory for Dr. Luke in his ongoing lawsuit against Kesha marked a setback for the "Raising Hell" singer. On Thursday, Feb. 6, a judge ruled that Kesha defamed Dr. Luke in a text message to Lady Gaga. Kesha has been in a legal battle with her former producer, whom she alleges sexually abused her, since 2014. The New York Supreme Court judge also ordered Kesha to pay $374,000 in interest to Dr. Luke's company for breach of contract. Bustle reached out to Kesha and Dr. Luke's reps for comment.

Kesha first sued Dr. Luke, born Lukasz Gottwald, in 2014 for sexual assault and emotional abuse, claiming he drugged and raped her. She dropped the case in 2016, but Dr. Luke's countersued, denying all claims of assault and accusing Kesha of defaming him to be released from her record contract. As part of his case, the producer brought up a text from 2016, in which Kesha alleged that Dr. Luke had raped Katy Perry as well. Perry denied Kesha's claims in a 2017 deposition that was unsealed in 2018. And on Feb. 6, Judge Jennifer Schecter ruled that this private conversation between Kesha and Lady Gaga was defamation against Dr. Luke.

Kesha's legal team is already pledging to appeal the ruling according to Pitchfork. "Judge Schecter issued rulings today on motions for summary judgment in the Dr. Luke litigation," they said in a statement. "We disagree with the Court's rulings. We plan to immediately appeal."

Dr. Luke's legal team also issued a statement obtained by Bustle, saying in part, "Today's important decision by the Court in Dr. Luke's lawsuit brings him closer to the justice that he seeks." They continued, "Dr. Luke looks forward to the trial of his case where he will prove that Kesha's other false statements about him were equally false and defamatory."

Dr. Luke's court victory caused an uproar among fans late Thursday night, as defenders of Kesha sprang into action on Twitter. Outraged by the ruling, fans rekindled the #FreeKesha movement, sending support to the singer.

This ruling comes less than a week after Kesha released her album High Road, her first since 2017's Rainbow, which addressed her alleged abuse. In an interview with WSJ Magazine, she said that her new album is "about reclaiming my happiness and my voice and all aspects of my life, and not living in the tragedy of what everyone knows I've been through."