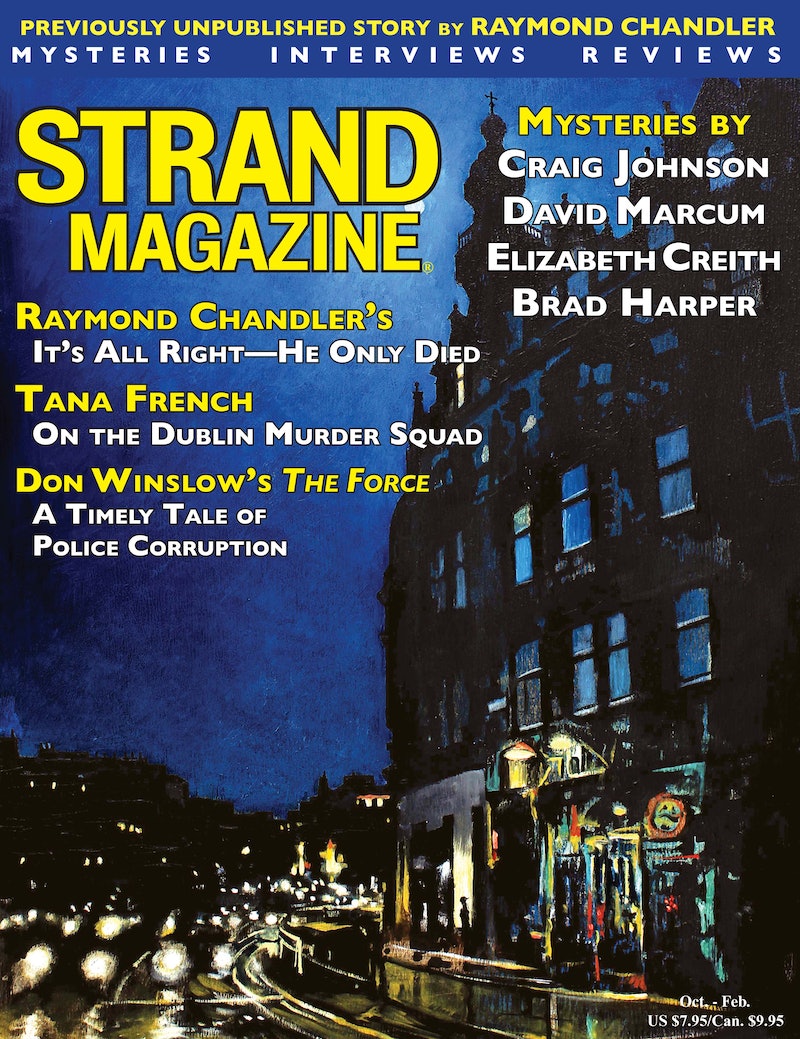 Some people believe that timelessness is the key to a great work of literature, but anti-genre snobs might find themselves conflicted when they hear about this. A newly discovered Raymond Chandler story may as well have been written today, even though it's around 60 years old. In "It's All Right — He Only Died," Chandler takes on the U.S. health-care system, and it's a striking look at just how little has changed over the last several decades.

Now, first, a necessary caveat. The Affordable Care Act — a.k.a the ACA, a.k.a. ObamaCare — made it possible for millions of Americans with low incomes and pre-existing conditions, including yours truly, to purchase insurance policies that would keep them healthy without burning through their wallets. That's not up for debate. With that being said, however, it is true that low-income Americans still have trouble accessing health care because they lack the funds to pay for it. Hospitals are legally bound to treat all patients adequately, regardless of their ability to pay, but some institutions engage in "patient dumping": a practice that involves prematurely discharging patients with housing instabilities, mental illnesses, and other marginalizing conditions, rather than providing them with the treatments they deserve.

As Sarah Trott, a Chandler scholar, tells The Guardian, "Chandler was a British citizen until 1956, and would have had experience of the contrasting service of the NHS." So when Raymond Chandler writes about an injured, transient man with "a serious brain injury," who is turned away because "[t]he hospital rule was adamant: A fifty dollar deposit or no admission," we all know where he's coming from. He's speaking to a deep flaw in the U.S. health-care system, where making money has become more important than saving lives.

Although "It's All Right — He Only Died" is starkly different from Chandler's Philip Marlowe stories — such as The Big Sleep and The Long Goodbye — it's still well worth the read. Not only does it showcase a rarely seen facet of the acclaimed crime writer, but the new story may also serve as a source of inspiration for those who want to improve the state of health care in the U.S.

The newly discovered Raymond Chandler story will be published in the 53rd issue of Strand Magazine. The issue also features contributions by Elizabeth Creith, Tana French, Craig Johnson, David Marcum, and Brad Harper. It is available now for $9.99, and newcomers to Strand Magazine may include Issue 53 with their one- or two-year subscriptions. The publication says that Chandler is the fourth noir heavyweight to have a previously unpublished short story appear in its pages, following Dashiell Hammett, Cornell Woolrich, and James M. Cain.