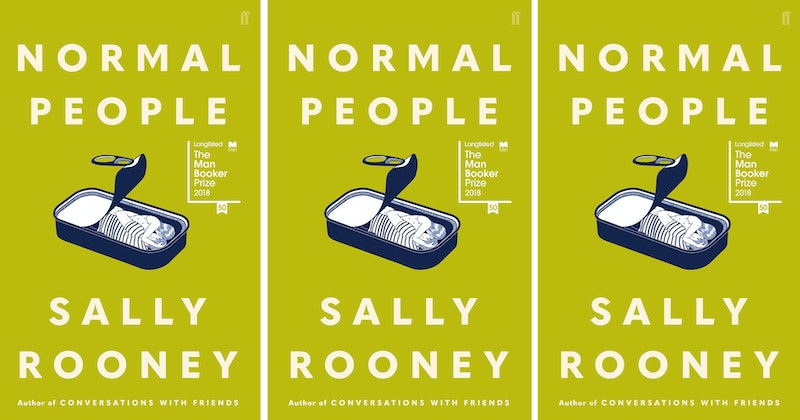 Almost as soon as it hit shelves across the country, Normal People by Sally Rooney was being dubbed a future classic. Romantic, nostalgic, and incredibly clever, this coming-of-age tale follows the story of two young people who are slightly mismatched or totally perfect for each other, depending who you ask. Either way, Connoll and Marianne understand one another like no one else. If you were as obsessed with this novel as the rest of the world, then you're in luck. Normal People is being adapted by BBC Three for the screen.

The BBC announced on May 30 that filming has started for the adaptation of Sally Rooney’s hit novel for BBC Three. It has been revealed that Rooney is working with writers Alice Birch and Mark O’Rowe to bring her international bestseller to the screen. Cold Feet’s Daisy Edgar-Jones will play Marianne, and Paul Mescal has been cast as Connell, the BBC has revealed. The 12-part series in partnership with Hulu will be directed by the award-winning Hettie McDonald and Oscar-nominated Lenny Abrahamson. Armed with Rooney’s writing, critically acclaimed directors, and all star cast Normal People promises to be amazing.

In correspondence with events in the book, the filming for Normal People will take place in Dublin and Sligo in Ireland and in Italy.

Speaking about the project in a statement, Abrahamson said:

“It’s incredibly exciting to be bringing Sally Rooney’s extraordinary novel to the screen with such a brilliant cast and crew. In Daisy Edgar Jones and Paul Mescal, I feel I have found two young actors who can vividly capture Marianne and Connell and bring alive the profound and beautiful relationship at the centre of the story.”

Rooney captured readers' hearts and imaginations when she penned the story of Marianne and Connell. These two characters come from completely different backgrounds: he is very popular and his family lives in poverty, she is a bit of an outcast and incredibly affluent. However, once they connect, everything else falls into insignifiance. When they move away to study in Dublin, it becomes clear how vulnerable they both are and how they let labels get in the way of love. The realise that the way they understand each other on such a profound level is incredibly rare.

Speaking about bringing her bestseller to the screen, Rooney said in a statement:

“As a long-time admirer of Lenny Abrahamson’s work, it’s a special privilege for me to be working alongside him on the adaptation of Normal People. I couldn’t be happier with the cast and team we’ve put together, and I’m very excited to watch them bringing new life to the story on screen.”

Normal People will premiere on BBC Three on April 26 and on Hulu April 29.