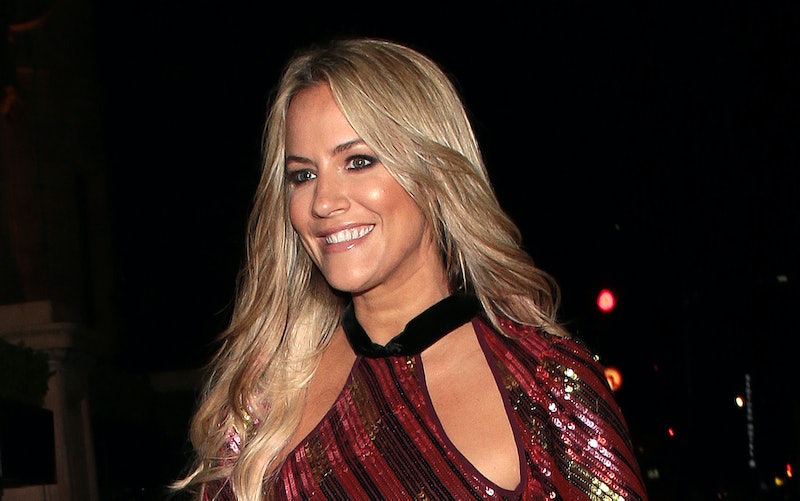 The news of Caroline Flack’s death last month sparked questions around mental health, media coverage, and online trolling. Now a petition for ‘Caroline’s Law’ has been delivered to the government. It seeks to make media bullying and harassment a criminal offence.

Flack was found dead in her London flat on Feb. 15, 2020, a few weeks before she was due to stand trial for assault against her boyfriend. In an unpublished Instagram post written days before she died, the former Love Island presenter said what happened on that night in question between her and her boyfriend was “an accident” and she denied any domestic abuse. “The truth has been taken out of my hands and used as entertainment,” she wrote.

Today's petition, which was organised by campaigning group 38 Degrees, has been delivered to the department for Digital, Culture, Media and Sport. With over 850,000 signatures, 'Caroline’s Law' has been proposed as “a law that would make it a criminal offence, not dissimilar to Corporate Manslaughter, for the British Media to knowingly and relentlessly bully a person, whether they be in the public eye or not, up to the point that they take their own life.”

As Yahoo News reports, Holly Maltby, campaigns manager at 38 Degrees, said now is the time for politicians to step up: "We need the media to be held accountable for the way they harass and vilify people – in the public eye and ordinary members of the public alike."

Maltby continued: "The sheer support behind the campaign shows politicians need to urgently step in and make sure there are consequences when the media bully and harass. We have been contacted by hundreds of members of the public sharing their own experiences of being persecuted by the press. It truly is heartbreaking and shows the devastating effect this type of reporting has on people’s lives, in particular their mental health."

This proposed law has the potential to protect other people in the public eye, including like Meghan Markle. The former actor has received a huge amount of media scrutiny since her marriage to Prince Harry and the couple actually sued the Mail on Sunday last year after it published a letter from Markle's father. In an statement about his wife’s mistreatment by British tabloids, Prince Harry said: "I lost my mother and now I watch my wife falling victim to the same powerful forces.”