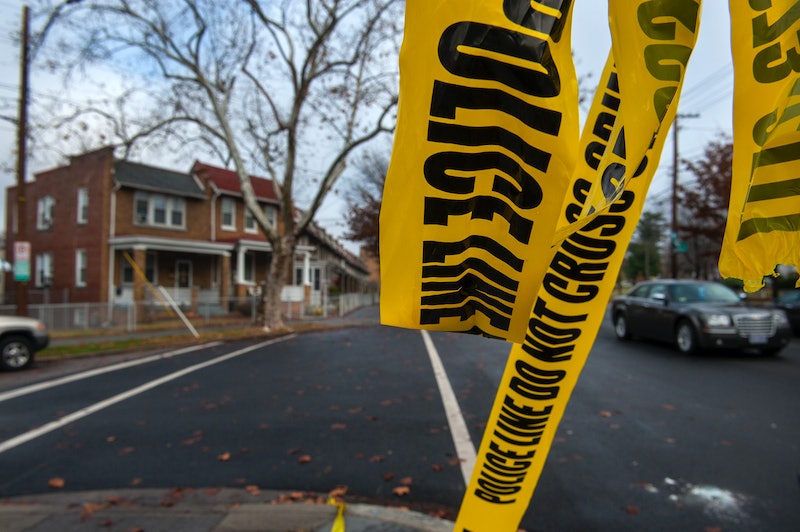 According to multiple outlets on Tuesday evening, a reported shooting at University of North Carolina, Charlotte put the campus into lockdown. Per Reuters, a suspect has since been taken into custody, but UNCC is still encouraging students to "secure themselves" immediately. Officials have confirmed to reporters that there are no additional suspects as of Tuesday night.

Videos of the lockdown have since been shared to Twitter, showing students walking and running off of campus, and police running in the opposite direction of students. Helicopters can be heard in some of the videos. There are also several images of police doing sweeps of the buildings on campus, as well as a picture of a shattered glass door in the UNCC library.

News of the shooting was first announced by the university early on Tuesday evening, at around 6 p.m. ET, in a tweet that read, "NinerAlert: Shots reported near kennedy. Run, Hide, Fight. Secure yourself immediately. Monitor email and http://emergency.uncc.edu."

The link, which takes you to the Emergency Management Division of Business Affairs for UNCC, confirmed an "Active Assailant Ongoing Message," which reminded students to stay in a safe location. According to BuzzFeed News, an unknown number of students were walking to the university stadium nearby at the time to attend a free concert by Waka Flocka Flame. The concert was being held to celebrate the last day of classes. It's unclear if the concert continued as planned.

As details of the tragedy unfold, there's one truth in particular that many people have already begun to point out: how heartbreakingly common these incidents are in the United States. Shortly after news of the shooting at UNCC broke, Moms Demand Action founder Shannon Watts tweeted:

We don’t have to live like this. Our children sure as hell shouldn’t die like this. No other high income country would allow this. But no other peer nation allows gun lobbyists to write their gun laws.

Christian Christensen, contributor for The Guardian, also tweeted the video shown above, pointing out:

Students running away from another campus shooting, some with arms in the air to show cops they aren’t armed. What a sad, tragic video clip of how gun violence and “proper” behavior in front of cops so utterly normalized and internalized in the US. #UNCC

Politicians have also begun to acknowledge and lament the horrifying situation — particularly those who represent the state of North Carolina. Sen. Jeff Jackson, a state senator for North Carolina's 37th District, tweeted:

It happened here. Watching the reports of the shooting at UNC-Charlotte. I will speak to local authorities as soon as is practical for them. We will learn a lot very quickly - but what we already know is devastating. Tonight, we all stand with UNCC.

If you're sad, angry, frustrated, or feeling any number of emotions over the news of this latest shooting, one thing you can do is contact your representatives in Congress. You can tell them you want to see sensible gun safety measures passed immediately, in order to prevent gun violence.