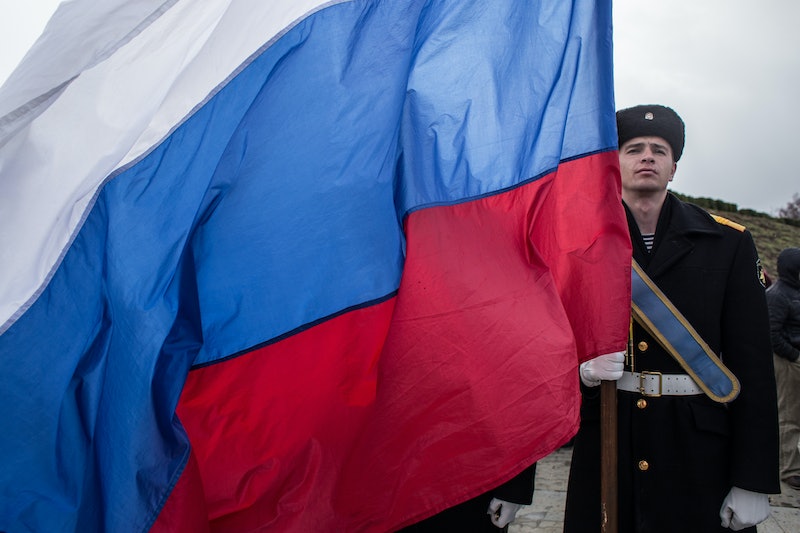 According to BuzzFeed, law enforcement authorities in the Siberian city of Omsk have probed Kalugina for "statements and materials that humiliate the male gender and incite hatred towards men." The investigation was initiated after a Russian man living some 2,500 miles away, unidentified in the BuzzFeed report, lodged a complaint to authorities in Omsk about Kalugina. She first told the Russian human rights anti-extremism group SOVA Center about the complaint.

BuzzFeed reported that around 12 of Kalugina's posts had been highlighted on the Russian social media website called VK between 2013 and 2016. One of them featured a woman holding a frying pan with the caption: "Beat up a brute, save Russia!" In August, Kalugina told the broadcasting outlet, Radio Free Europe Radio Liberty, that she believed in "separating women from men at all levels" and that the Russian investigation against her began in 2017.

"They told me that a criminal case is in the works. I declined to give testimony because I understood that my testimony in this situation would in any case be twisted and used against me," Kalugina said to RFERL. Kalugina may be sentenced to jail if she's found guilty of violating Russia's Article 282. The anti-extremism law prohibits internet users from posting "incitement of national, racial or religious enmity."

In July 2017, Human Rights Watch expressed its concerns about what it called the Russian government's overreach into civilian lives. It said that the government had pushed for "significant restrictions to online speech and invasive surveillance of online activity." The group also added that the government "prosecutes critics under the guise of fighting extremism."

The findings came from the group's exhaustive report, spanning 83 pages, which was given a definitive title: "Online and On All Fronts: Russian's Assault on Freedom of Expression." It said that the government had been taking "dozens of people" to court for "unjustifiable" reasons. This collective abuse of power, according to HRW, had been taking place since 2012.

While speaking to Newsweek, HRW researcher Tanya Lokshina said, "[Kalugina's] case is part of a growing trend of tough anti-extremism laws applied to social media posts. The criminal provision on incitement of hatred against ethnic, religious or social groups is deeply problematic, and accounts for a lot of instances of misuse of the country’s broad and vague anti-extremist legislation to stifle critical expression."

The 31-year-old has told RFERL that the man who complained against her "clearly just didn't understand what or who was being discussed." As far as her social media posts were concerned, Kalugina was convinced that she shouldn't be charged with violating Russian anti-extremism laws.

"I don't think there is any reason whatsoever to charge me with hate speech toward anyone," she told RFERL. "90 percent of the content consists of jokes or infighting with other feminists."