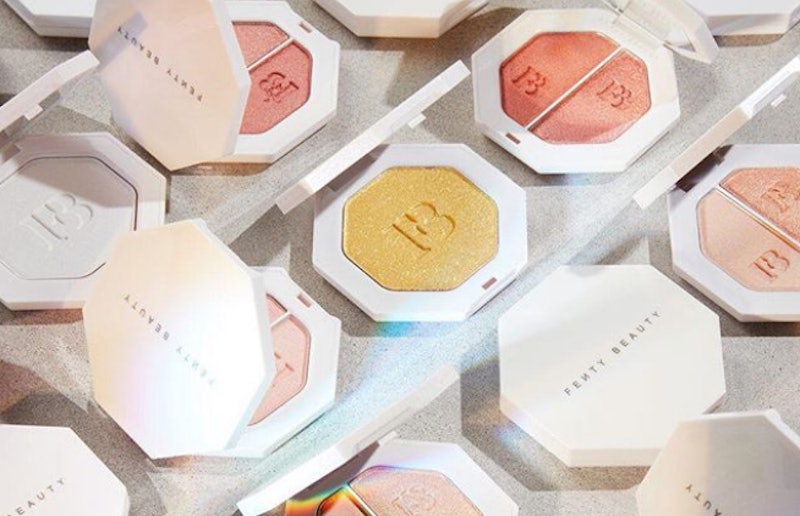 There comes a time in a husband's life when he's pressed with getting his wife the perfect anniversary gift. The gesture may go according to plan, but there's always the possibility of things completely taking a left turn. That's exactly what happened when a woman asked her husband for a Fenty highlighter, and received a completely different gift instead.

When your spouse isn't too familiar with cosmetics, you'd be lucky if they even know the difference between lipstick and lipgloss. So, it's probably too much to ask that a beauty novice know specific brands. Charlema Webb, a newlywed hoping to get a highly-coveted Fenty Beauty illuminator out of her husband, may have gone wrong when she expected him to successfully purchase the must-have in her absence. You'd think that she had given him enough details, informing her hubby, Vincent, of the exact brand and product that she wanted. But when his gift hit nowhere near the ballpark of what she had in mind, it was obvious that their wires were hilariously crossed.

Taking to Facebook to share her husband's very literal approach to her gift request, Charlema captured what may be the most clueless, but sweetest anniversary surprise.

It was only a month ago that Charlema and Vincent said "I do", and they're already making the greatest (and viral, might we add) memories. Rather than grant his wife's wishes with a Fenty highlighter and a fan brush to match, Vincent presented Charlema with a pack of colorful highlighters and a paddle brush.

"Vince says 'Stink after going to a few drug stores I couldn't find no Fenty but I got you sharpie because they are the best highlighters and they been around for a cool minute'," Charlema wrote on her Facebook page, followed by a dozen crying-laughing face emojis.

As it turns out, Vincent went on a manhunt for a Fenty highlighter, but was unsuccessful because he was looking in the wrong place the entire time. Thinking Charlema wanted markers and a hairbrush, he hit the drugstore on a mission. Little did he know, you won't find Fenty hanging around in your local CVS — sigh!

The anniversary mishap was so gut-busting, it has already garnered nearly 40K shares and 110K likes on Facebook. The post even caught the attention of Rih Rih's brand, who took to Twitter to share that they're planning to get Charlema an actual Fenty Beauty face highlighter. So, it looks like she won't have to accent her cheekbones with Vince's neon markers after all.

"I don't think I ever laughed so hard in my life," Charlema concluded her Facebook post on the ordeal. The rest of the internet couldn't agree more, laughing along with her, while giving her sweet husband an "A+++" for effort.

You can't even blame Vincent for mixing up Charlema's request because it made for such a hilariously innocent moment.

When your hubby makes that much of an effort, you just accept your sharpies with love.

Still, the Twitterverse couldn't help but chuckle over the ordeal.

Some beauty lovers could relate, thinking their beaux's lack of Fenty knowledge would lead them to make the same tragic mistake.

Others took the opportunity to shout out their significant others for knowing the difference between an illuminator and highlighter markers.

It's precious moments like these that keep the internet going. Charlema's hubby isn't the first to mistake illuminator for Sharpies, and he probably isn't the last. Luckily, she captured the mixup with photographic evidence because this is one priceless moment the couple isn't going to want to forget.