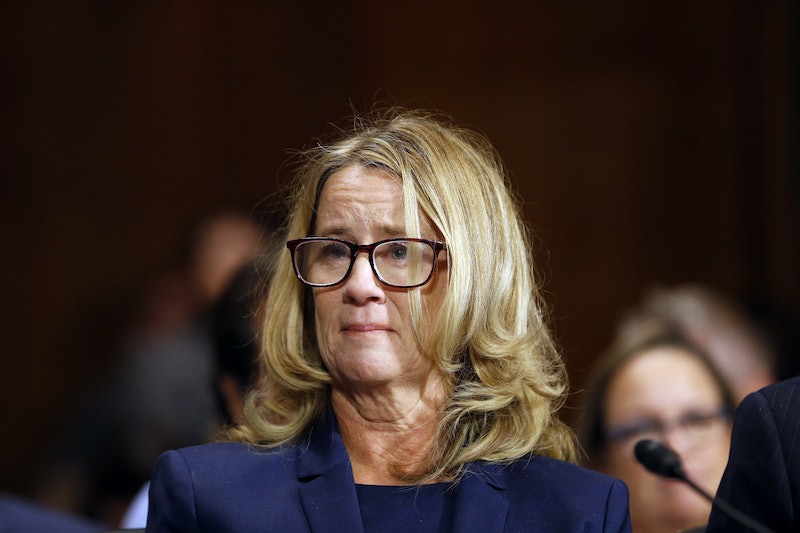 During her appearance before the Senate Judiciary Committee on Thursday, Christine Blasey Ford detailed her sexual assault allegation against Supreme Court nominee Brett Kavanaugh while on the verge of tears. Her choice to speak publicly about her allegation has driven many survivors of sexual violence to speak out about their own experiences, including a 76-year-old woman from Missouri who called C-SPAN to discuss her decades-old sexual assault.

During a 15-minute recess in Thursday's hearing, Brenda from Valley Park, Missouri, called C-SPAN to recount a traumatic experience after she heard Ford's testimony.

"I'm a 76-year-old woman who was sexually molested in the second grade," Brenda told C-SPAN. "This brings back so much pain. I thought I was over it but it's not. You will never forget it. You get confused and you don't understand it, but you never forget what happened to you."

Brenda then detailed what had happened to her, telling C-SPAN that the person who assaulted her had been a seventh grader at her school at the time. Brenda added that hearing Ford's testimony compelled her to speak out about her experience on national television.

According to Mother Jones, Brenda's account contradicts skeptics who believe that sexual assault survivors' memories should not be considered reliable. Ford has been a target of this skepticism ever since her allegation first came to light; conservative critics have suggested, for example, that she misremembered Kavanaugh as the person who allegedly sexually assaulted her. Kavanaugh has denied Ford's allegations against him.

Brenda was one of many survivors who called C-SPAN on Thursday to describe their own experiences, and even more people called in to voice their support for and solidarity with survivors, which C-SPAN host Steve Scully described as "very moving."

"No victim of abuse is at fault," another caller told Scully. This caller, who was identified as being from Pittston, Pennsylvania, also recounted her own experience with abuse and sexual assault, and said that she wasn't believed by the "many, many people" in whom she had confided.

As Time pointed out, Brenda's call to C-SPAN seemed to resonate with many people on social media, and footage of the call was widely shared. During Thursday's hearing, New Jersey Sen. Cory Booker alluded to the emotional responses to Ford's testimony when he told Ford that people are “not just feeling your pain, but their own.”

C-SPAN was not the only platform where survivors and their loved ones came forward to tell their stories during Ford's testimony. Mother Jones' Clara Jeffery tweeted that women were also discussing decades-old sexual assault cases on KALW, a San Francisco Bay Area radio station. And earlier in the day, Fox News anchor Chris Wallace shared on live television that Ford's allegation against Kavanaugh had prompted his daughters to share their own stories — stories he said he hadn't heard before.