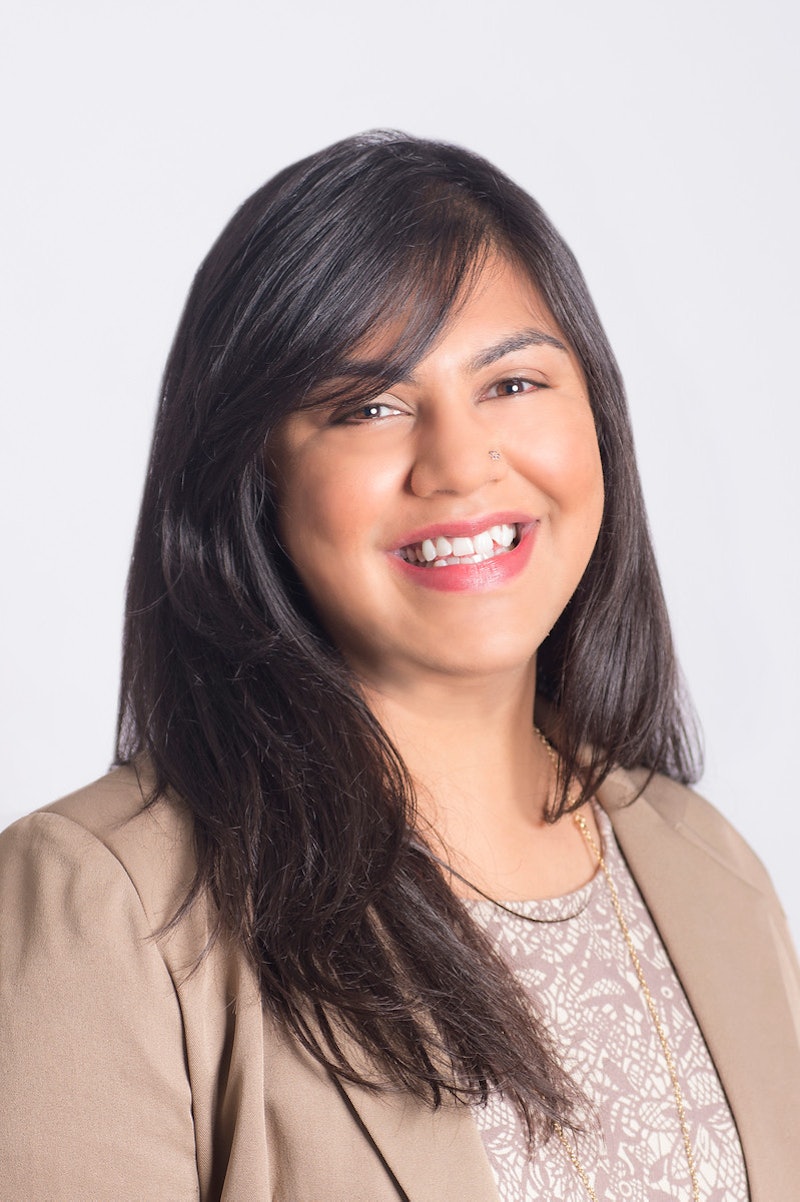 This year is shaping up to be anything but ordinary. For the Asian American, Native Hawaiian, and Pacific Islander (AANHPI) community, 2017 has already been a year of firsts — and worsts. It's the fastest growing racial group in the United States, yet it remains underrepresented, both in who makes the policies and how those policies affect AANHPI women, families, and young people. The 2016 election brought seriously mixed news. On the one hand, a new class of fierce, progressive AANHPI women leaders in the House and Senate. On the other, the election of a president who has made attacks against immigrants and people of color core elements of his rhetoric and policy proposals.

Sunday is the 44th anniversary of the landmark Roe v. Wade decision that legalized abortion in the United States, and as a law and policy fellow/analyst for Advocates for Youth — and as an AANHPI woman — I believe it's important to take a look at who is claiming to represent the country's interests. In an era where reproductive rights, LGBT rights, women’s health, immigrant rights, racial justice, and basic civil rights are all under attack, it’s critical that what this means for the health and rights of AANHPI women and young people is examined.

It’s not insignificant that President Trump has nominated three accomplished AANHPI women to high-ranking positions in his administration. He’s picked Gov. Nikki Haley as U.S. Ambassador to the United Nations, former Secretary of Labor Elaine Chao as Secretary of Transportation, and Seema Verma, a health care consultant, as administrator of the Centers for Medicare and Medicaid Services (CMS).

All three positions hold the possibility of revolutionizing the future of AANHPI women and young people in the country, particularly the role of Verma as the potential head of CMS, leading policy in the realm of safety net health care services for low income individuals.

However, the records of all three nominees, when it comes to support for abortion access and coverage, immigrant rights, and racial and economic justice leave much to be desired. Verma's Medicaid policy requires low-income people to pay for coverage or be ineligible for Medicaid services. As governor of South Carolina, Nikki Haley refused to expand Medicaid for 500,000 uninsured residents and continually supported enforcement of Targeted Regulation of Abortion Providers (TRAP) laws. Secretary Chao’s Department of Labor was widely criticized for being overly friendly to business and for ignoring complaints from low-wage workers about wage theft. Given the well-documented history of AANHPI people being treated unfairly at work — especially low-wage workers and immigrants — Chao’s record is hard to reconcile with support for the community.

AANHPI women and girls need to be part of our health care and transportation policy, and our sisters around the world need to be considered thoughtfully as the country interacts with the U.N. I won’t be fooled by Trump’s tokenizing politics: though he may attempt to position himself as a champion of AANHPI women in his administration, I know the truth.

That’s why we can’t wait for Trump and his administration to outline a policy agenda for AANHPI women and young people, we have to demand it. Trump is anti-choice, anti-women’s health, and has been accused of sexual assault, allegations which he has adamantly denied. Over the course of their lives, 31.9 percent of AANHPI women and 15.8 percent of AANHPI men will experience sexual assault other than rape. An estimate for incidence of rape was not available — which raises the additional problem of there never being enough data collection about the community. Policies that take the needs of survivors into account must be fought for.

While an overwhelming majority of our AANHPI community supports the Affordable Care Act (ACA), the Trump administration and bullies in Congress are already working to eviscerate the lifesaving program. Roughly 2.7 million AANHPIs could lose access to health insurance if the ACA is dismantled — health and lives are on the line.

And what does this mean for the reproductive health of AANHPI women and young people? Thanks to the ACA, at least 100,000 AANHPI young people have access to birth control and other preventive services, according to the Department of Health and Human Services. This means more women and young people are able to plan their futures. Without the ACA and birth control benefit, it will be that much harder to prevent pregnancy and get other necessary preventive care.

One in three women in the United States will have an abortion by the age of 45, and abortion access is crucial for the AANHPI community. AANHPI women and young people face an array of barriers when it comes to accessing sexual and reproductive healthcare services, including: lack of cultural competency, inadequate language access, and underfunded sexual health education. Unfortunately, Trump has vowed to defund Planned Parenthood, pass new national abortion bans, and make the Hyde Amendment permanent — an agenda which will only serve to shame and punish AANHPI young people who need this care.

Regardless of who is in power, or the political views of any administration, we should all be able to live with reproductive justice, equal access to healthcare, and freedom from sexual violence.

Thankfully, there are solid champions on Capitol Hill who don’t only look like us, but also fight for us. Some of the AANHPI women who give me hope for our future include Hawaii Sen. Mazie Hirono, California Sen. Kamala Harris, Illinois Sen. Tammy Duckworth, Washington Rep. Pramila Jayapal, and Florida Rep. Stephanie Murphy.

I'm looking forward to see how they resist the Trump agenda of punishing our communities and instead stand up for our health, rights, and well-being. This Roe anniversary, let’s pay tribute to the AANHPI leaders who stick up for their community when it needs them — because the resistance has just begun.