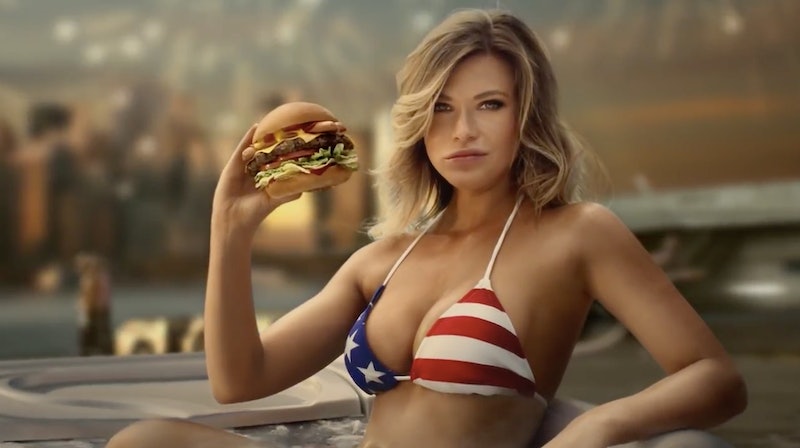 Even if you know almost nothing about the advertising industry, you've heard the saying that "sex sells" — and you know exactly what it means. Sexualized images (usually of women) are regularly used to promote everything from cars to perfume, and according to a 2012 study, they're actually becoming more common. While 15 percent of ads features sexualized images in 1983, the number jumped to 27 percent in 2003. However, new research has revealed that sexy advertising doesn't necessarily mean bigger profits.

A research group led by Dr. John Wirtz, head of the advertising faculty at the Center for Media at the University of Illinois, recently published an analysis of studies examining how consumers react to sexy ads, and the results were particularly notable: while male consumers had a more positive reaction to sexualized ads than female consumers, when it came to "purchase intention" — whether a consumer was interested in buying a specific product — the researchers found that the sexy ads had "no effect" on either group. As Wirtz said in a press release, "We found literally zero effect on participants' intention to buy products in ads with a sexual appeal. This assumption that sex sells — well, no, according to our study, it doesn't. There's no indication that there's a positive effect."

You might be surprised to hear this, given how common sexualized ads are and the huge impact they have on our culture. Media specialist Dr Mehita Iqani has argued that the bodies we see in ads "shape and inform...the types of sexuality and sexiness that are permissible in, and valued by, the...system." For decades, sexualized ads have helped set cultural standards about sexual attractiveness — and have been criticized for promoting a specific concept of female beauty (straight, white, cis, straight size), which can have a negative impact on women's body images.

But while they wield vast social power, sexualized ads have less financial impact than we might think — especially because women drive around 80 percent of consumer purchases, while most sexualized ads are aimed at heterosexual men.

So if sexy ads don't necessarily sell products — and they can influence us in distinctly negative ways — why are they still so popular?

More like this
Black Women's Equal Pay Day Highlights An Upsetting Problem
By Brandi Neal
The 19 Best Tweets & Memes About Bisexual Awareness Week
By Lexi Inks
These 4 Signs Are The Seductive Sirens Of The Zodiac
By Brittany Beringer
Breeding Kinks Have Been On The Rise Since Roe V. Wade Got Overturned
By Lexi Inks
Get Even More From Bustle — Sign Up For The Newsletter