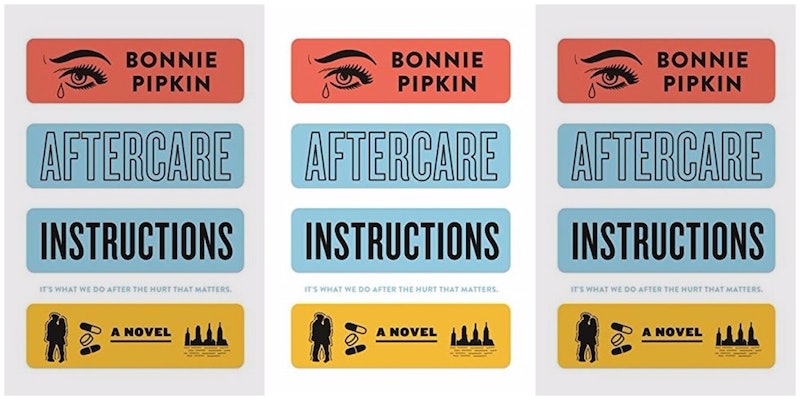 Each month, Bustle's American Woman Book Club explores the multitude of narratives that fall under the umbrella of the "American woman" identity. Readers from across the country come together on Goodreads the last week of each month to discuss books about the LGBTQ+ experience, the Muslim-American experience, the Black, the Latinx, the working class, the undocumented experiences. Essentially, the narratives that are rarely centered in mainstream publishing. This July, Bustle's book club pick is the new YA novel Aftercare Instructions by Bonnie Pipkin.

To everyone in her New Jersey town, 17-year-old Genesis is "troubled." Often, it seems the only person who understands her, who is willing to stick around, is her boyfriend, Peter. But when Peter abandons her at their Planned Parenthood to terminate an unwanted pregnancy, Gen must piece together a new life, a new identity, and a new set of dreams, all on her own.

As she drifts through New York City's underground theater scene and explores her relationship with Peter through a four-act play, Gen begins remembering a past she thought she had buried. Facing her history and its secrets head on is the only way she can finally get free. Claiming her truth, no matter the consequences, is the key to moving forward.

Bonnie Pipkin's electric debut novel is particularly resonant given our current state of reproductive health access, but this is more than a story about abortion. It's about fierce friendships, stubborn love, and the difficulties so many of us face in carving out a space for ourselves.

Amped? Of course you are. Follow us on Goodreads to read along digitally, and catch up on previous book club picks. Stay tuned for information on an event at Strand Bookstore in New York City.