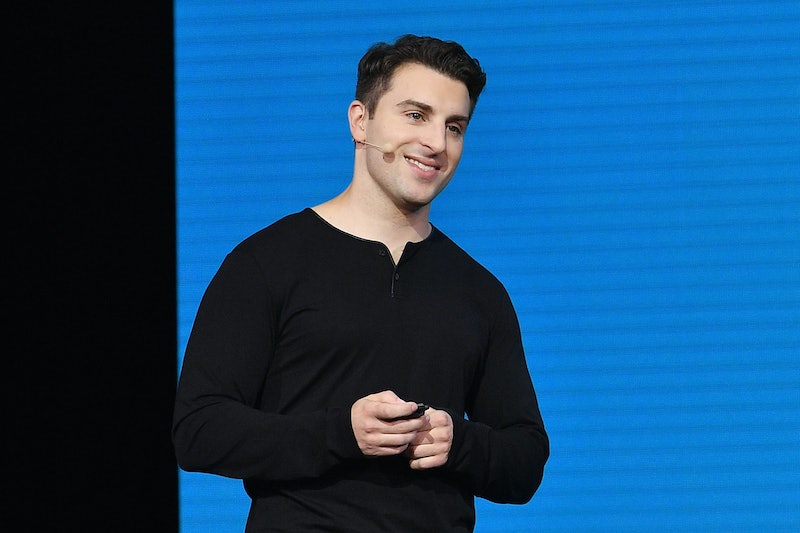 This week, President Trump followed through on one of his biggest and most widely condemned policy proposals. The president signed an executive order indefinitely banning Syrian and other refugees from entry into the United States, as well as imposing temporary entry bans on citizens from six other nations: Yemen, Somalia, Iran, Iraq, Libya, and Sudan. Here's an important piece of information for any refugees currently caught in limbo with nowhere to stay, however: According to CEO Brian Chesky, Airbnb is offering free housing for refugees and immigrants who have had their plans stymied by Trump's order.

Chesky made the announcement on Twitter on Saturday, after protests began sweeping across American airports like wildfire. As of Saturday night, demonstrations are ongoing at airports in New York, Chicago, Dallas, Los Angeles, and Washington, D.C., with calls across social media for even more peaceful demonstration. Suffice to say, the first week or so of the Trump administration has turned out more protest more quickly than any incoming president in modern history.

Here's Chesky's tweet, making it clear that his company would would lodgings to accomodate refugees or "anyone not allowed in the U.S." free of charge. He added to contact him if "in urgent need for housing."

This sort of gesture, devoid of concerns about profit and centered on alleviating what's a sudden, entirely avoidable humanitarian crisis, is exactly the sort of tangible step that leaders in the tech industry can take to make a meaningful, positive difference.

Chesky's show of support has not gone unnoticed on social media.

4. Wish All CEOs Were As Compassionate

5. Thank You For Showing American Values

6. A World We All Believe In

7. The Bravery And Compassion We Need

8. Hope You Stick To This

9. Tech Must Be Willing To Take A Stand

11. My Loyalty And Respect

The consensus among those who are sympathetic to the plight of the refugees and immigrants impacted by Trump's order, needless to say, is overwhelmingly positive. There are plenty of critics in Chesky's mentions too, many echoing Trump's "America First" rhetoric.

All in all, especially from a progressive perspective, this looks like one of those moves that's a win-win for all involved ― a positive bit of attention for the company that also happens to be soundly on the right side of history.