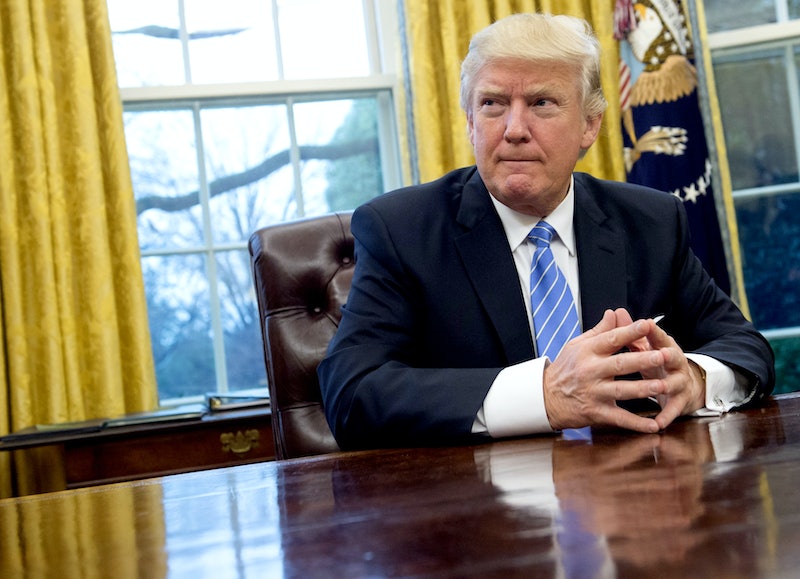 Now that he's officially taken office, the changes Donald Trump will make to women's healthcare are becoming more imminent. One of the most recent examples is his decision to revive the Mexico City Policy, also known as the Global Gag Rule, which denies federal funds to international non-profits that have anything to do with abortion. This is likely just one of many laws he'll pass related to reproductive rights and other women's health issues.

Under the law — which was created by Ronald Reagan before being struck down by Bill Clinton, brought back by George W. Bush, and overturned again by Obama — non-profits that want money from the U.S. government must prove that they are in no way performing or promoting abortions.

"Donald Trump has turned his anti-women rhetoric into policy, and made it more difficult for women and families all over the world to access vital reproductive care," NARAL Pro-Choice America President Ilyse Hogue said in response to the executive order in a statement.

Several other measures Trump has taken or plans to take could be described the same way. Based on the plan he laid out in October, promises he made during his campaign, and actions he's already taken, here are all the changes — or at least, the ones we know of so far — that we can expect to see to women's healthcare during Trump's first 100 days in office.