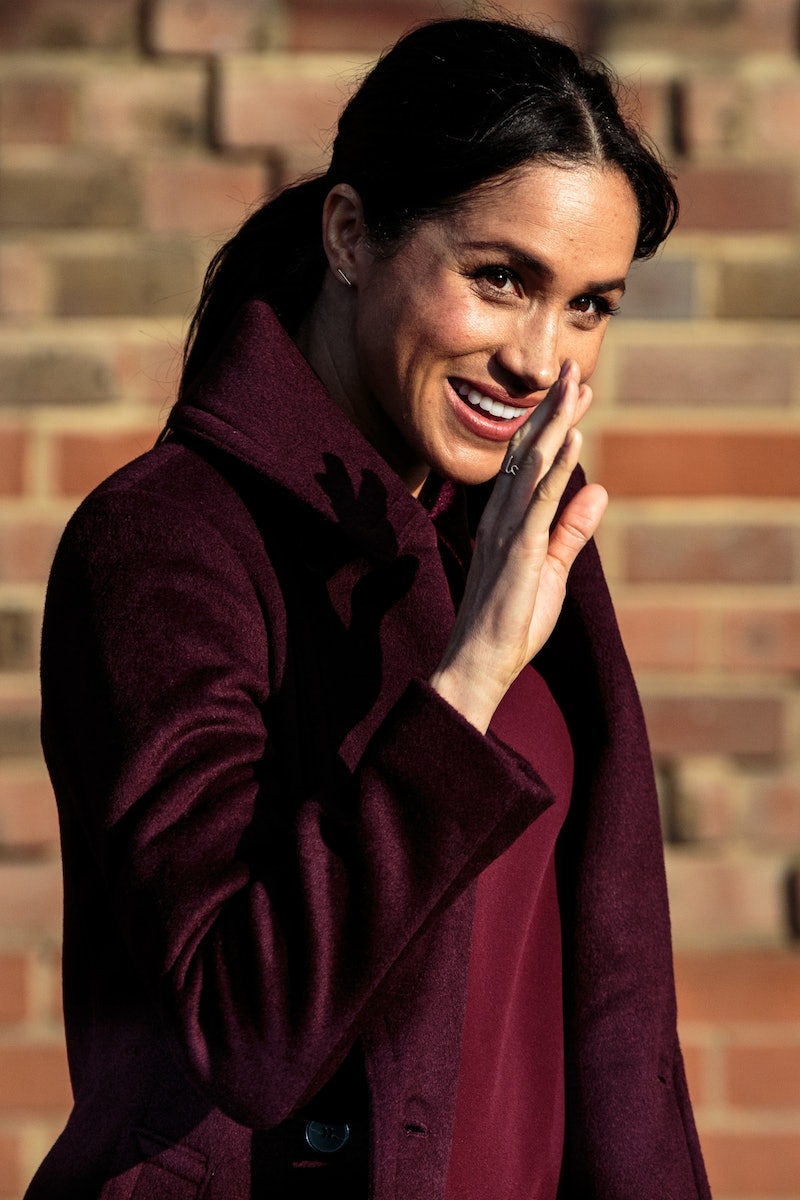 When it comes to styling black hair, it often requires a lot of TLC. Women of color often look to magazines, Instagram and maybe even Meghan Markle's winter hair styles to gather "hairspiration" after trying to master the difficult ways of a flat iron. Trust and believe it's a different ballgame when straightening type 3 and 4 hair.

The Duchess has a reputation for turning out more nontraditional looks in regards to fashion, but Meghan's hair styles don't get the clout they so clearly deserves. She's effectively made her winter hairstyles easy to recreate and obviously cute enough to appear at a royal event.

All throughout fall and these early days of winter, she's sported her infamous Meghan Markle messy bun, low ponytails, and when she's feeling bold, she'll rock some cute lil beach waves throughout the royal grounds, under a stylish church hat of course.

Not giving Markle's hair the credit it deserves is practically a hate crime, especially considering she makes it look so effortless. But if you're someone that firmly believes in simplicity and minimalism in the hair department the Duchess is who to look to.

Here are the best recreations of Meghan Markle's winter hairstyles that even you can do.

When Meghan Markle made a surprise appearance at the British Fashion Awards on Dec. 10, people were probably floored. She'd worn a floor length one shoulder dress and created a sleek version of her messy bun. Despite her hair being tied up at the nape of her neck, it's a classic hairstyle that YouTuber Beauty's Big Sister makes look like a piece of cake.

Somehow, some way, the Duchess has managed to achieve the perfect set of beach waves even when she's no where near a coastline. Maybe it's just in her princess genes. If you're looks for some easy breezy hair, YouTuber Classy Files brings Markle fans a simple and chic tutorial fit for a princess.

What kind of list would this be without sharing Markle's iconic messy low bun. Everyone's been trying to recreate it since she stepped out that black limo as a soon-to-be princess. Between the ease of the look and the tendrils framing her freckled face, it's an angelic look for sure. Someone will swoon over you at some point during the holiday break.

Markle's signature bun gets a lot of credit, but it's nothing to talk about without the mention of the two slivers of hair that fall against her face. In this tutorial made by The Everygirl, you not only learn how to create a foolproof messy bun, but how to make thos tendrils stay put in their curly state.

Meghan Markle has always gotten praise from the masses on her fashion choices, and rightly so. However, some beauty gurus look for her genius in simple hair care to match a tamer hairstyle with a naturally beat face. But not everyone understands simplicity. It's a royal thing.