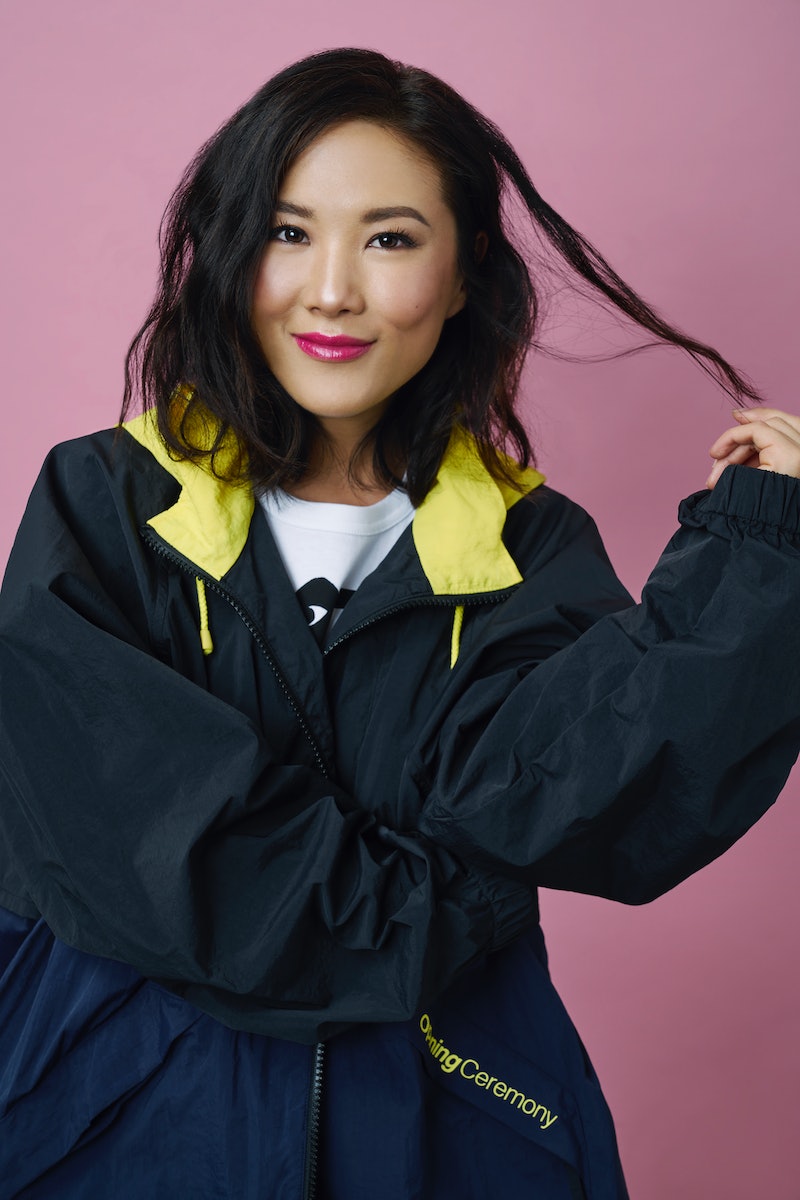 Ally Maki is an actress and the founder of Asian American Girl Club. When she's not busy filming, Maki works tirelessly to inspire Asian American girls and women to not be afraid to use their voices and be proud of who they are. That's why Ally Maki is included in this special edition of Bustle's Must Follow, in which we highlight the incredible Asian American and Pacific Islander voices you need to follow on Instagram and Twitter.

Briefly describe yourself, including how you identify and what you do.

What do you hope people take away from following you/your work in the industry and on social media?

At the end of the day, I’m really just trying to reach that 14-year-old girl who’s the only Asian American kid in her school. Or her whole hometown. So much of the Asian American female identity has been based around feeling like an accessory or being limited to a few predetermined stereotypes. We are finally stepping into our power and owning our own experiences, however imperfect they may feel. There’s always going to be this little voice in the back of my head saying that I can’t do something, I’m not good enough, or that no one cares. Once I took myself out of it and put it in the hands of the people it is affecting, is when I finally felt I had purpose. I can fan-girl over the smallest things because it really means a lot to me. There’s no perfect way of doing this. We’re building our identity as we go and that’s exciting.

When did you first feel that you were a voice for the Asian American and Pacific Islander community?

I never really felt it all in an instant. It’s been gradual and something I am still coming to terms with… practicing using my voice in a way that feels impactful. It’s never easy and I want others to know that it’s OK if it feels weird, messy, and unconnected. My whole body still shakes before I speak on panels. I struggle making the “right” decisions. I constantly self-doubt and post-doubt about my doubting. But that discomfort is where I gain the most strength.

I was really inspired by a meeting I took with an executive a few years back. I was telling her all these ideas of what I dreamed to see onscreen. Ideas I had for multilayered characters, especially for women of color and strong Asian American females. After, she looked me straight in the eyes and said, "You are the girl to do these. If you don’t do them then who will?” Something sparked in my brain at that moment. I had never thought of myself as the one with the power to actually make change.

Who's another Asian American or Pacific Islander person you would recommend to follow on social media?

This interview has been lightly edited and condensed for clarity.

More like this
Stormzy Made A Passionate Speech About The Importance Of Diversity
By El Hunt
12 Must-Watch Documentaries To Honour Black History Month UK
By Sophie McEvoy
Mel B Speaks Out Against Domestic Violence In A Powerful Speech
By Sophie McEvoy
At 28, Melanie C Was Falling In Love & Reclaiming Her Confidence
By Olivia-Anne Cleary
Get Even More From Bustle — Sign Up For The Newsletter