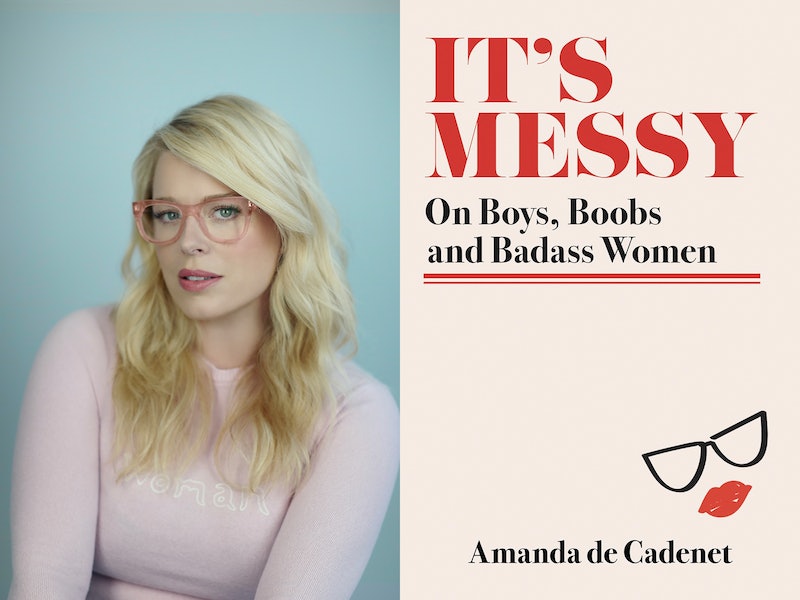 I remember the moment when I first discovered Amanda de Cadenet; I was procrastinating on research I needed to do for a college essay, browsing on YouTube. I’ve always loved pop culture, so when I saw a video that promised to deliver direct answers about Eva Longoria’s then-recent divorce from Tony Parker, I instantly clicked. I found Longoria’s candidness to be refreshing, but what really hooked me was the reciprocal dynamic between Longoria and her interviewer. It was one of the most honest and fascinating exchanges I had ever seen — and I wanted to see more.

This interview was, in fact, a part of de Cadenet’s series “The Conversation,” a series that showcases in-depth interviews on real topics with celebrated women. What started off as an independent media creation airing on YouTube turned into a television series that drew in viewers from 18 countries around the world and featured prominent women like Sarah Silverman, Lady Gaga, and even 2016 Presidential Candidate Hillary Clinton. "Over 18 million people around the world watched that show and it’s still getting released in different countries," De Cadenet tells Bustle. "It’s kind of incredible that this series has an evergreen life and it just continues.”

As a fan of the series, I was delighted to learn that de Cadenet had taken her creative talents to the page with her debut: It’s Messy: On Boys, Boobs, and Badass Women, a book which chronicles the trials and tribulations that come with womanhood in the 21st century. Part memoir, part self-help book, It's Messy chronicles de Cadenet's experiences growing up, rising to stardom as a teen, facing postpartum depression, dealing with love addiction, and navigating the complex world of sex and dating. Although the book is the story of her life, it's very much centered on her readers' experience.

"I didn't write the book for any other reason than so many women asked me to write a book," de Cadenet says. "People would come up to me on the street, at the supermarket, all over the place, and say, 'Can you please write a book?' I asked people for six months on social media,' What do you want me to write about? What subjects could I write about that would be the most helpful for you?' The chapters in my book are a curation of all of these suggestions, so I wrote it for the women that asked me to write it."

I started reading the book on a quiet Friday night, and I was immediately hooked by de Cadenet’s wit, charm, and refreshing authenticity. While flipping pages, I found myself saying, “Yaaass girl!” “That’s so true!” and “Wow, she really hit the nail on the head,” like a laugh track. I felt like de Cadenet was speaking to me personally, even as she wrote about her stint in juvie, the challenges she's faced as a female entrepreneur, and her battles in love. She is like a wise older sister that commands your respect with her wit, humor, and no-nonsense advice giving.

De Cadenet says she uses a candid style of storytelling because life is messy and she's not trying to airbrush anything. "I’m not afraid of people seeing the mess, because that’s the reality, but I feel like you can be the most helpful if you’ve got people looking at what you do," she says. "I feel that you have obligation to be of service to that community in the most positive way possible. So for me, I don’t need people to be a part of that process, I need to share what I learned on the other side of it... That’s why I kept it in. I kept the messiness in the book."

Almost everyone is guilty of posting their best moments online and leaving everything else out. This book is the perfect reminder that everyone is struggling — despite what you see online.

"This is the common experience for a lot of people, and I’m just trying to shed light on it and say, 'Hey, shit happens. Life is messy; let’s stop pretending that it’s some curated Instagram version of the reality, so that we can all stop feeling that we’re not enough,'" she says.

Despite this, I still found myself comparing my accomplishments, accolades, and achievements to de Cadenet's and thinking “Wow, she’s doing so many more things that I am and was successful at a younger age. I’m not doing enough!”

She adds that the problem lies not only with our social conditioning, but also with the fact that there are so few seats for women at the table to begin with. "If you look at all of the different industries, the ways that communities are built on hierarchical structures, there’s been men at the top of these organizations," she says. "There’s been so few spaces for us. So, of course, it’s been ingrained in us that, 'Oh my god, if I don’t get that one space, then she is going to get it!' There’s been so few opportunities and openings. It’s not even our fault — but that’s why we compare as opposed to saying 'She is doing great!'"

She adds that it's important to instead view other women as collaborators and teammates, instead of competition. "When I interviewed Gloria Steinem, she said, 'You can start a movement by yourself, but you cannot maintain it by yourself,' and that always stuck with me," she says. "I’ve made it a point to bring as many women as with me. I hire women to work on The Conversation to work in roles that are traditionally male. At Girl Gaze, I hire women and girls that don’t necessarily have the experience, but have the passion and enthusiasm. We need more examples of women who truly are supporting other women, not just paying lip service to it."

In this divisive political climate, de Cadenet emphasizes the importance of forging connections based on commonalities, instead of dwelling on points of disagreement. "It is a rare day, that I get to interact with someone... that I’m not able to find something that connects us," she says. "It is a rare day."

More like this
Pamela Anderson Is Still A Hopeless Romantic
By Ilana Kaplan
Samantha Leach's 'The Elissas': See The Cover & Read An Exclusive Excerpt
By The Editors
10 Equally Romantic & Heartbreaking Books From British & Irish Authors
By Shahed Ezaydi
Here's How Netflix Should Adapt Prince Harry's Memoir Into A Movie
By Ginny Hogan
Get Even More From Bustle — Sign Up For The Newsletter
From hair trends to relationship advice, our daily newsletter has everything you need to sound like a person who’s on TikTok, even if you aren’t.