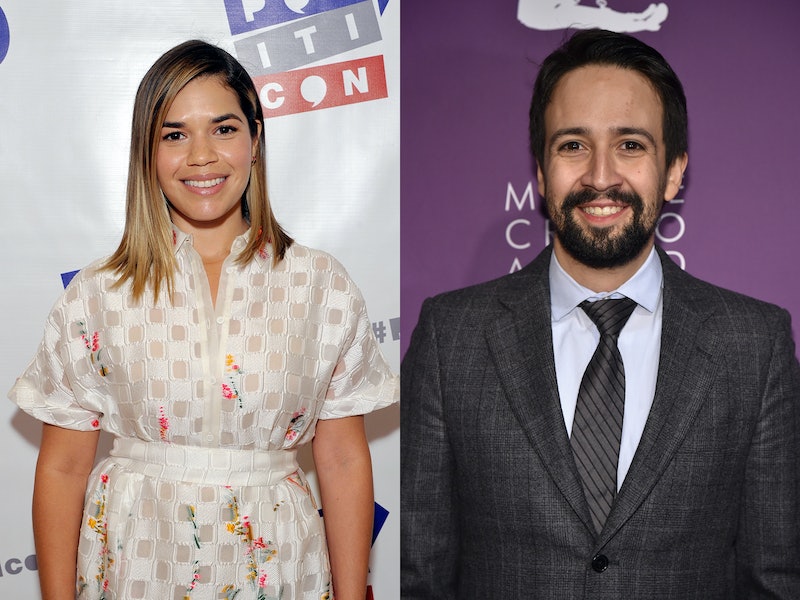 There's great news for fans of Superstore and Ugly Betty. The Associated Press reports that America Ferrera will edit American Like Me: Reflections on Life Between Cultures, an anthology of cultural essays coming this fall from Simon & Schuster imprint Gallery Books. The book will feature essays from a number of prominent activists and immigrants, including Uzo Aduba, Auli'i Cravalho, Roxane Gay, Michelle Kwan, Padma Lakshmi, Issa Rae, and Jenny Zhang.

The daughter of Honduran-American immigrants, America Ferrera first rose to mainstream prominence in 2002, when she starred as Ana García in Real Women Have Curves. (Millennials a may also recall Ferrera's other starring role that year: as Yoli in the Disney Channel Original Movie Gotta Kick It Up!. And of course, from her role in Sisterhood of the Traveling Pants.) She currently produces and stars in the NBC comedy Superstore.

More recently, Ferrera has become a political activist to fight for the rights of women, Latinx people, and immigrants. She has been a proponent of comprehensive immigration reform for a number of years, and has worked with Voto Latino to mobilize Latinx voters and amplify their voices. After speaking out against Donald Trump at the Women's March on Washington in 2017, Ferrera became one of the original signers of the Time's Up open letter, which exposed and highlighted sexual harassment and assault in Hollywood.

The Hispanic Federation's Gala Chair, Hamilton creator Lin-Manuel Miranda — whose father, Luis Miranda, was the organization's founding president — helped to raise money for the Immigrants: We Get the Job Done Coalition in 2017. Lin-Manuel Miranda will contribute an essay to American Like Me.

American Like Me: Reflections on Life Between Cultures is out this September from Simon & Schuster imprint Gallery Books. The book will be available as a hardcover, unabridged audio book, or eBook upon release.

More like this
Nicola Coughlan Shared A Lady Whistledown Excerpt From ‘Bridgerton’ Season 3
By Grace Wehniainen, Alyssa Lapid and Sam Ramsden
She Founded American Girl To “Bring History Alive.” Then She Made Over A Town.
By Amanda FitzSimons
10 Must-Read New Books Out This Week
By K.W. Colyard
Read The First Pages Of Emma Rosenblum’s Highly Anticipated Debut, 'Bad Summer People'
By Samantha Leach
Get Even More From Bustle — Sign Up For The Newsletter