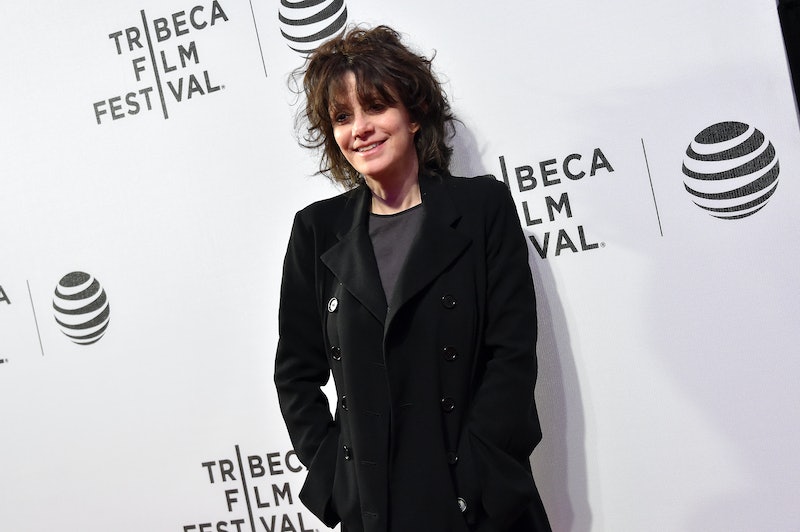 Whether she likes it or not, writer and director Amy Heckerling is an icon. Her work defined more than one generation, in eras when women auteurs working for major studios were even more rare than they are now. But if you ask the Clueless, Fast Times At Ridgemont High, and Look Who's Talking director how she managed to break down barriers, she'll probably start by telling you what not to do. According to Heckerling, whatever success she's had — rest assured the self-professed "loser" will be self-deprecating about that whole concept — comes from just refusing to pay attention to people who wanted to limit her.

"I’ve always stupidly or brilliantly tried to not listen to anything," Heckerling says during a phone conversation. "And I mean, the only way you can function sometimes is to say, 'I didn’t hear you tell me that that’s not possible.' I don’t wanna know, I don’t wanna hear it, so I’m not the kind of person who could respond to it."

"From the first time I had a deal with a studio, people were like, 'What’s it like being a woman director?'"

As a filmmaker with several box office hits under her belt, it's impossible not to view Heckerling through the lens of her industry — one where only seven percent of the highest grossing movies of last year were directed by women and where a rampant culture of harassment and abuse seems to be finally starting to crumble. ("I'll believe it when I see it," Heckerling says ruefully.) But she's clearly uncomfortable with the focus that puts on her to be a representative of some larger group.

"From the first time I had a deal with a studio, people were like, 'What’s it like being a woman director?'" she says. "I’m like, ‘I don't know, I’m just doing what I do. I don’t really represent everybody’ ... I know other women directors, and I know other women who used to direct, and I hear their stories. But I’ve never been a spokesperson [for] anything. I’m not that kind of person. I’m just someone who holes up and scribbles and hopes that they’ll get to make something."

Whether she's talking about the films that made her name in Hollywood or her most recent projects — mostly TV — Heckerling is surprisingly low-key. There's no master plan checklist she's ticking off and no sweeping political statement that she wants to make. She tells me that she's directed episodes in every season of Amazon's nostalgic country club comedy Red Oaks, whose third and final season premiered this month, simply because they asked her back, she was available, she connected with the material, and she likes the people she gets to work with. But that doesn’t mean the director would agree to just any project — the latter is a rare enough circumstance to make the job worth it.

While the decision to work on Red Oaks was an easy one, Heckerling’s uncompromising attitude isn’t new. Back in the early 1980s, she was forced to stand her ground on her breakout movie, Fast Times At Ridgemont High. While the high-school comedy, which was based on writer Cameron Crowe's own immersion into a real California high school, grew from a modest box office success to a cult phenomenon on home video, Heckerling insists she never set out with the intention of creating a cultural touchstone. Though she says some studio notes pushed back on the sexual content, drug use, and language in the film, she fought to tell the story as it was told to her.

The movie’s frankness — along with Sean Penn's immortal performance as the lovably dim surfer dude, Spicoli — is what has given it staying power. What could be called a high school sex comedy is now preserved in the National Film Registry, celebrated its 35th anniversary earlier this year with a theatrical re-release, and has been called “the best movie about growing up.”

In 1995, Heckerling once again made a hit with a story about California teenagers — this time, the children of the one percent. But while Clueless is beloved because of its rare positive depiction of the pretty teenage "ditz" in Cher, the director says she didn’t have any intention of changing the culture with that film, either.

"I hate to be really, really self-centered but [Clueless] wasn’t a reaction to what the world was doing, it was a reaction to what’s going on with me," she says. Heckerling recalls that she agonized over whether she'd come to the end of her career after writing and directing two Look Who's Talking movies and producing a third. But inspiration hit when she started to hone in on a personality type that excited her.

"I thought, well, I liked Spicoli, 'cause he doesn’t realize that people are mad at him ever. And I liked Ed Wood because he thought he was great even though nobody else was telling him that. And I liked Lorelei — not in the movie, but in the book — of Gentlemen Prefer Blondes, because she just assumed everybody loved her," the directors says. "And I thought, 'Say, wait a minute, there’s something, a certain character I’m loving a lot, and I’m not seeing a lot of, and I would have a lot of fun delving into.'"

That oblivious heroine would of course become Cher Horowitz, the Beverly Hills teen played by Alicia Silverstone, who cheerfully declines to listen to anyone who tells her that she’s too pretty, rich, or silly to make the world a better place. Though she’s forced to face some uncomfortable truths in the movie, Cher’s unwillingness to fit into the box that other people want to create for her is what makes her a totally aspirational character, no matter how long ago high school was for you.

Heckerling admires characters like Cher and Spicoli, who reside in their own reality and put their own dreams first. And with her philosophy about criticism, she’s doing the same thing. Lucky for film history, it’s working out.

More like this
On 'The Handmaid’s Tale,' Christine Ko Fights Back
By Gretchen Smail
Jinkx Monsoon Is About To Get Real Sketchy
By Sam Ramsden
The New Bachelor Will Be Announced Next Week & Here Are The Top Contenders
By Grace Wehniainen
Paul Mescal, Man Of Mystery
By Samantha Leach and Heather Hazzan
Get Even More From Bustle — Sign Up For The Newsletter