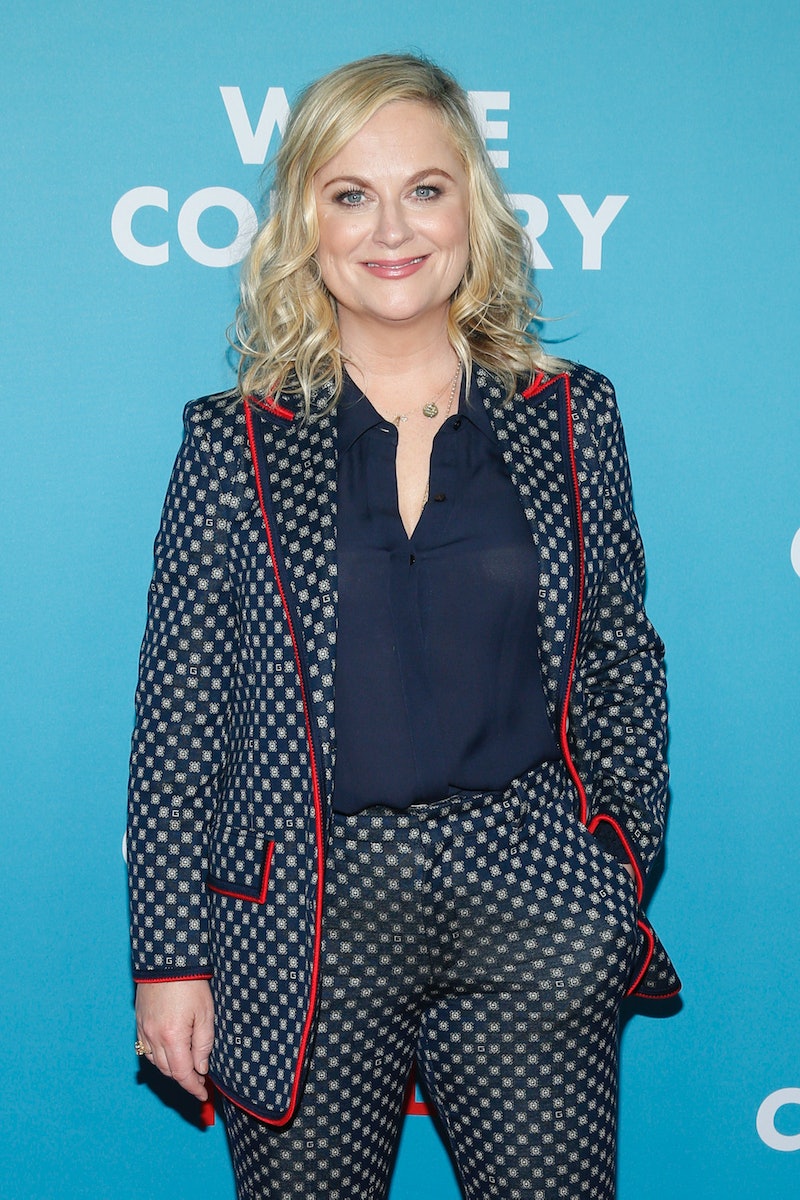 Now that Meghan Markle and Prince Harry's son is here, there are all kinds of reactions to the sweet photos of the family of three and, of course, the tyke's moniker. Guess what? Even Amy Poehler has reacted to baby Archie's name. At the New York City premiere for her Netflix film Wine Country on Wednesday, Poehler revealed exactly how she feels about the Duke and Duchess of Sussex naming their firstborn Archie Harrison Mountbatten-Windsor.

"How exciting!" she told Entertainment Tonight. The former Parks and Recreation star then went onto praise the joyous news, especially since nowadays there's a lot of darkness in the world. "Well, first of all, how great is it that there's some good news, right? It's really hard to find good news so I'm very happy for them."

"I happen to love the name Archie and have for 10 years and I approve."

For those unaware, Poehler's eldest son is also named Archie, so of course she approves of Markle and Harry's name selection. The comedian's Archie was born in October 2008, and his dad is actor Will Arnett. The couple was married to for nine years before they called it quits in September 2012. They also have another son, 8-year-old Abel.

The Broad City executive producer also spoke to People about royal baby Archie at the Wine Country premiere and said, "Well, what an exciting day for Archies!" She once again reflected on the "good news" before adding, "So welcome to the club!"

After the British royal couple announced their son's name, there were all kinds of reactions. First, Riverdale fans couldn't help but joke that Markle and Harry must enjoy both the comics and The CW series since Archie is one of the main characters. People also made comparisons to other famous Archies, including Archie Bunker from All in the Family.

As for why Markle and Harry chose the surprising name of Archie, well, that remains somewhat unclear. Neither of them have revealed the definitive meaning behind their choice. According to People, Archie means "genuine" or "bold" or "brave" and is short for Archibald. Actually, as pointed out by the publication, Princess Diana had an ancestor named Archibald Campbell, 9th Earl of Argyll of Scotland, so Archie's name could be a tribute to Harry's late mother.

Archie's middle name, Harrison, appears to have a pretty straightforward meaning. As tweeted by CNN on May 8, "a royal source" said that the couple "just liked the name Archie" and that they chose Harrison because it literally means "son of Harry." That absolutely makes sense and is definitely a lovely way to honor Harry.

Archie is certainly an unforgettable name and one that seems to suit Markle and Harry's sweet baby boy. It can't be easy picking a name, especially when you're constantly in the spotlight and know very well that the baby's moniker will be thoroughly dissected and criticized. But, all that matters is Harry and Markle are head over heels in love with their son. It also probably helps that someone like the successful and talented Poehler totally approves of Archie — and for good reason.

More like this
Tyler Perry Makes Rare Comment About Meghan Markle & Prince Harry's Love Life
By Radhika Menon
The Difference Between The Royal "Institution" & "The Firm" Shows Who's Really In Charge
By Savannah Walsh and Meguire Hennes
Here's When 'The Crown' Season 5 Will Premiere — And What To Expect
By Bustle Editors
Paul Mescal, Man Of Mystery
By Samantha Leach and Heather Hazzan
Get Even More From Bustle — Sign Up For The Newsletter