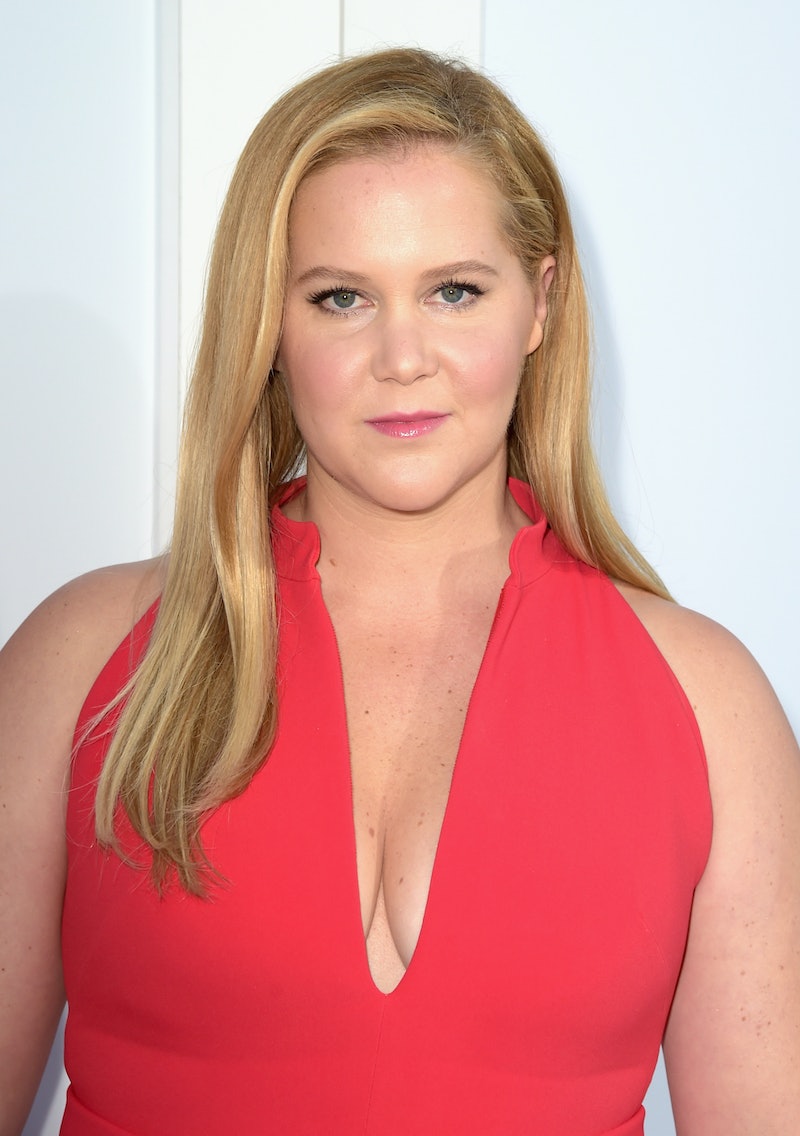 Amy Schumer may have welcomed her son Gene less than a month ago, but the new mom is already getting back to her old routine. According to E! News, Amy Schumer returned to work two weeks after giving birth to her baby, proving that the comedian is more than ready to get back into the swing of things.

Schumer made a grand return back to the stage on May 20 with an appearance at the Comedy Cellar in New York City. The I Feel Pretty actor highlighted her return on Instagram by posting a photo of herself (that was taken by fellow comedian, Jon Laster) in the midst of her routine. Of course, as mentioned, her return back to the stage was especially noteworthy because she only recently gave birth on May 5 to her first child with her husband, Chris Fischer.

Schumer announced the happy news via Instagram, and she even managed to throw in a little quip about her "royal baby" (since Prince Harry and Meghan Markle announced the birth of their first child on the same day that Schumer made her announcement). She posted a photo of herself holding her newborn, with her husband right by her side, and wrote, "10:55 pm last night. Our royal baby was born."

On May 7, Schumer once again took to Instagram to share another update about her family. She captioned a photo of her little one with his father and revealed that the baby's full name is "Gene Attell Fischer." If you're wondering whether there's a particular meaning behind his middle name, People reported that there's been speculation linking the newborn's name to comedian Dave Attell, who is a friend of Schumer's.

The publication reported that Attell recently invited the new mom to join him on stage at Caroline's in New York City back in January. While there's a clear connection there, Schumer has not yet confirmed any of the speculation regarding her child's name.

Schumer revealed that she was expecting her first child back in October 2018. Shortly after that announcement, the actor opened up about some of the health issues she was dealing with during her pregnancy. She also explained she had to cancel some of her tour dates because of her experience with hyperemesis, a condition which caused her to seek medical attention. In a November 2018 Instagram post, she wrote:

"I'm fine. Baby’s fine but everyone who says the 2nd trimester is better is not telling the full story. I’ve been even more ill this trimester. I have hyperemesis and it blows. Very lucky to be pregnant but this is some bullsh*t! Sending so much love to the doctors and nurses taking great care of me and Tati! They are cool as hell! And Texas I am really really sorry and I’ll be out there as soon as I’m better."

Thankfully, the new mom appears to be doing much better today after experiencing a difficult pregnancy. In fact, and in true Schumer fashion, she's doing so well after giving birth to baby Gene that she's casually taking over the comedy stage once again.