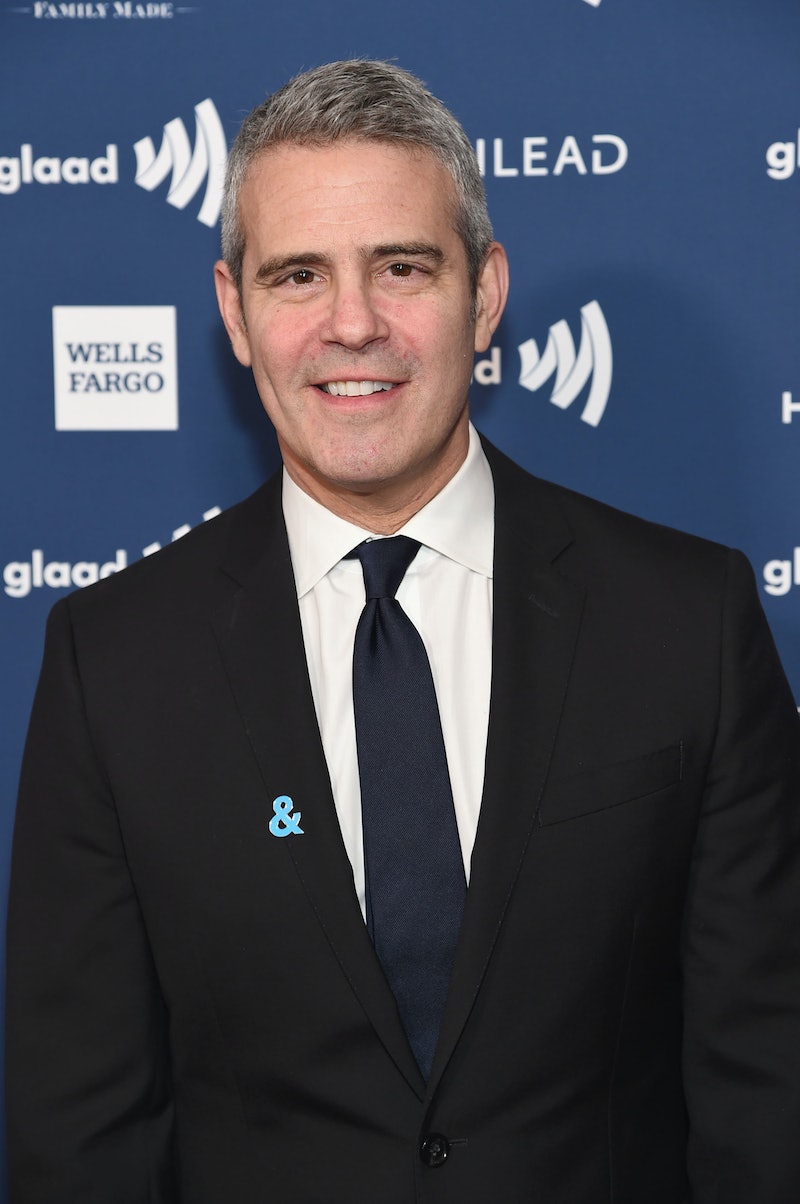 This offscreen Bravo drama shows no signs of ending. Watch What Happens Live host and Real Housewives of New Jersey producer Andy Cohen signed a petition to stop Joe Giudice's deportation, as reported by Us Weekly. Joe is the husband of RHONJ favorite Teresa Giudice. In 2014, both Teresa and Joe pleaded guilty to mail, wire and bankruptcy fraud. In 2015, Teresa served an 11-month prison sentence, and Joe began his 41-month sentence in March 2016.

As reported by People on April 18, the decision was made April 6 by the Board of Immigration Appeals (BIA) to dismiss Joe's appeal. On October 10, an immigration judge ruled that Joe would be deported to his home country of Italy upon his release from prison. Joe has lived in the U.S. since he was a child, but never became an American citizen.

Now Cohen seems to be weighing in on the deportation matter in a strong way. When asked by Us Weekly at the GLAAD Media Awards on Saturday, May 4 if he thinks Joe will be deported to Italy, he said, "I don't know. I hope not. I signed the petition." Joe and Teresa's eldest daughter Gia started a Change.org petition asking President Donald Trump to stop the deportation two weeks ago. At the time of publication, over 86,000 of the 150,000 requested signatures had been obtained.

The petition is signed by Teresa, Gia (18), and her three younger sisters Gabriella (14), Milania (13), and Audriana (9). Gia's petition notes that her father has lived in New Jersey since infancy and that he "knows nothing of Italian culture, laws, societal norms" and has no immediate family in the country. "He is a businessman, a husband, father to four young women all under the age of 19, son, brother, uncle and friend to many," Gia wrote about her father. She continued:

"He was found guilty of NON Violent offenses and served his time complying with all prison guidelines and procedures. My mother and father have fought tirelessly to pay back every single penny of restitution (the) court deemed they owe. They have made a mistake but rectified it through serving time and by finically [sic] satisfying all that was owed."

Gia goes on to write about the life experiences her father will miss out on if sent to his native Italy. She continued,

"My father is there for us in every possible way a father could be," Gia wrote. "He has always been our handyman, our (confidant), our cheerleader, our challenger and most importantly our protector. This would rob us of my father screaming from the stands at our graduations, meeting our future husbands for the first time, of walking us down the aisle, of being there when his grandchildren come into the world."

She ends the request by writing, "yes in Italy he will no longer be incarcerated but will he ever be free if kept from his family and be able to be a productive member of society?" The decision has clearly caused strife for the family, which has played out on numerous seasons of RHONJ. During the March 6 RHONJ reunion, Teresa confirmed she would split with Joe if he gets deported to Italy. At the time, she told host Cohen, "It's like starting a whole new life, and [my kids] have been through so much already. So, I mean, I'm not doing a long-distance relationship. I'm just not doing it. You know, I want somebody with me every day. And I know exactly what happens, like, I'm sure he'll be with other women. It happens. So, if we do the long-distance thing, it's not gonna work. I’d be like, bye-bye!"

It seems that with his signature, Cohen is making it clear where he stands on the issue. It is not confirmed how much of this conflict will play out on the next season of the show, but if it's up to Cohen, Joe would stay put with his family in the U.S.