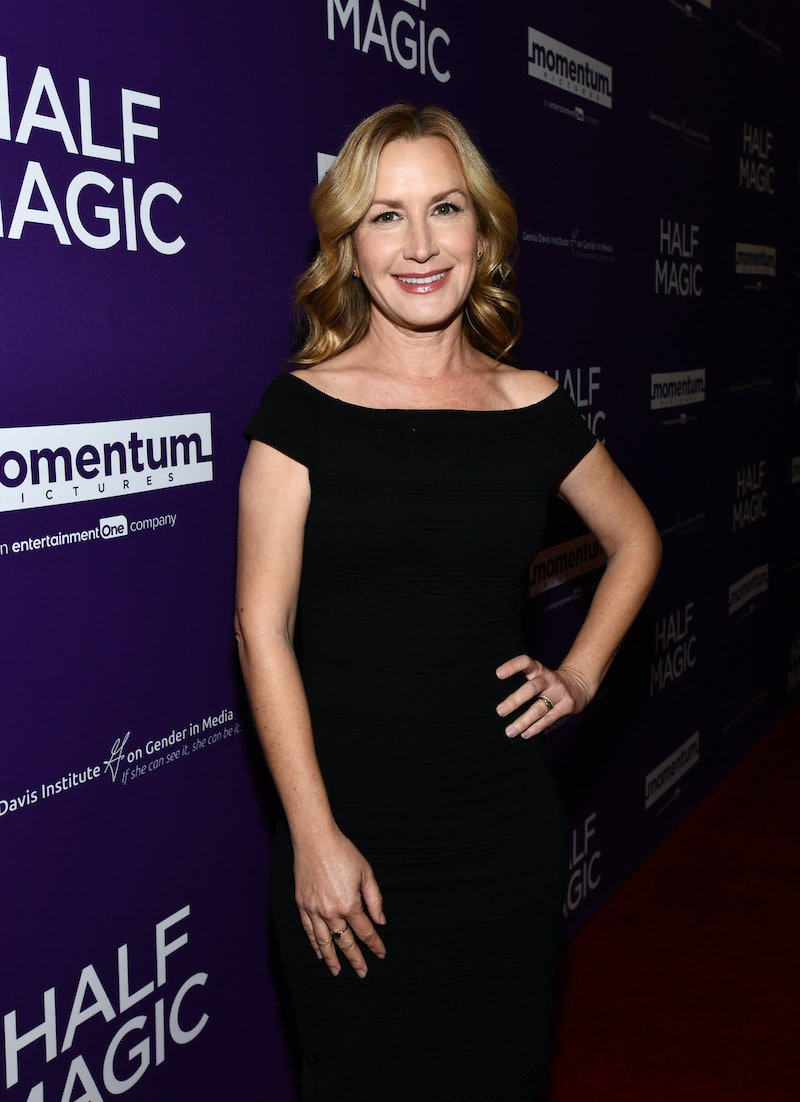 It might feel like just yesterday that fans saw the last of their favorite Scranton residents, but The Office series finale aired on May 16, 2013, six years ago today. And Angela Kinsey's Office throwback photo, which she posted via Twitter on May 16, 2019, revealed a sweet detail about the finale that fans might not have realized when it aired all those years ago.

In a tweet on Thursday afternoon, Kinsey posted a photo of herself, Jenna Fischer, and Steve Carell in costume on the set of the finale. The series ending took place over the weekend of Angela and Dwight's wedding, with Carell returning to the show to play Michael one last time. His comeback was a surprise to viewers — but it turns out, it was a surprise to his former costars, too. Kinsey tweeted,

"#tbt hanging out in between scenes with Jenna and Steve at the Schrute Farm in March 2013. We did not know Steve was going to be in the finale it was a wonderful surprise to all of us seeing him on set that day! The finale of The Office aired six years ago today."

That's right: Angela herself had no idea Michael would be the best man at the wedding. It was one last prank, for old times' sake — but one that was pulled off by the show's producers, rather than by Jim Halpert.

Fans will remember that as Dwight's "bestest mensch," Jim pulled off a final few pranks. But unlike the stapler in Jello situation, these were all loving pranks. The biggest one, of course, was that Michael, not Jim, would be standing closest to Dwight during the official wedding ceremony.

Of course, Dwight and Angela weren't the only ones with happy endings during the series finale. Jim and Pam's relationship was stronger than ever, Oscar was running for state senate, Erin found her birth parents, and Stanley had retired to Florida. Even Kevin, whom Dwight had fired, was now a business owner of a local bar. And Michael happily shared photos of his family with Pam at the wedding — so many photos, in fact, that he had to get a second phone just for the storage.

Fischer also posted an Office throwback photo last September, taking things back way further than the series finale. The actor shared a photo from the show's very first table read, which will give fans even more feels.

Fischer and Kinsey have stayed close friends long after The Office's ending, too. They even got to work together again last year, when Kinsey appeared on Fischer's ABC sitcom Splitting Up Together.

The Office may have ended six years ago, but the cast has formed lifelong friendships because of the show. And thanks to Netflix, fans can enjoy watching (and rewatching, and rewatching) The Office today. It's clear from Kinsey's post that the sitcom will always have a special place in its actors' hearts, in addition to in the hearts of its devoted fans.