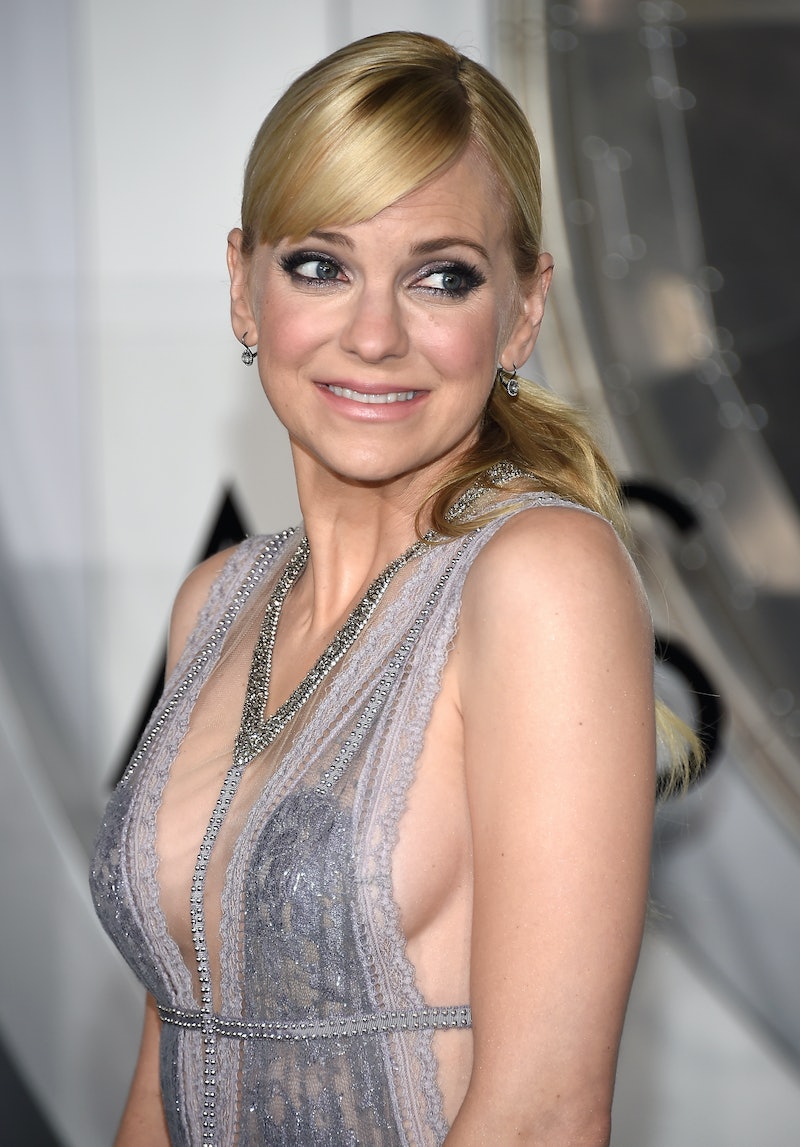 Every day, it seems that more and more celebrities are coming forward to share times they've faced sexual harassment while working in Hollywood, and now, it's Anna Faris' turn. On this week's edition of her Unqualified podcast, Faris opened up about her sexual assault, and her story truly highlights the unfair ways women are portrayed if they refuse to play along when men touch them without their consent — not just in the entertainment industry, but in the world in general.

During her podcast, Faris addressed the viral Me Too campaign, where thousands of women posted about their own instances of sexual assault on social media in order to draw awareness of how common and widespread the problem really is. Because of that, the Mom star decided to share what happened to her once when she was working on a set early in her career.

"I was doing a scene where I was on a ladder and I was supposed to be taking books off a shelf, and [the director] slapped my ass in front of the crew so hard and all I could do was giggle. I remember looking around and seeing the crew members being like, 'wait, what are you gonna do about that? That seems weird'. . . That's how I dismissed it. It's not that big of a deal. Come on, Faris. Buck up. I just giggled. But it made me feel small and he wouldn't have done that to a male."

Her story may sound all too familiar to women who have experienced something similar in the workplace. Something horrifying happened to her, and her immediate reaction was to dismiss it by laughing. And like Faris said later in the podcast, this is something a lot of women do in situations like this.

"We’re conditioned to giggle,” she said. “But also, if we were to do anything else, we’d be labeled a bitch or difficult. That would be the best of circumstances."

Faris also mentioned that she felt she was treated unfairly by the same director from the very beginning. She said that the director told her agent that the reason she got hired was because she had great legs, and it changed the way she saw that entire project.

"I don’t think the male lead got hired because he had great legs," Faris said. "Therefore I felt like I’m hired because of these elements."

For many women, this is simply the reality of their lives in the workforce, especially when they're dealing with powerful men. With the many women who have come forward to accuse Harvey Weinstein over the past few weeks, it's never been more clear how difficult it can be to stand up to someone in a position of power — so difficult that many women choose to remain silent.

Like Faris said in her podcast, if what happened with that director then happened to her again now, her reaction would be totally different — she'd call him out for it immediately. But she also acknowledged that it's because her career has grown to the point where she has that luxury, and that's not something that all women have. In comparison to losing a job when you need a paycheck or fearing the repercussions that come from speaking up, sometimes, it's just easier to giggle and let it go.

Faris' story is an important one for anyone who's felt they had to laugh off an assault. Giggling as a method of defense doesn't magically make the assault OK, and the more we talk about it, the better chance we have at changing things so no woman has to giggle to overcome an uncomfortable situation again.

More like this
UK Viewers Will Have To Wait To Watch The Handmaid’s Tale S5
By Maxine Harrison
Megan Rapinoe's Relaxation Hack Is Super Dreamy
By Carolyn Steber
A New Portrait Shows King Charles With William & Kate Before The Queen’s Funeral
By Stephanie Topacio Long
Everything To Know About Taylor Swift’s 10th Studio Album, 'Midnights'
By Grace Wehniainen and Jake Viswanath
Get Even More From Bustle — Sign Up For The Newsletter