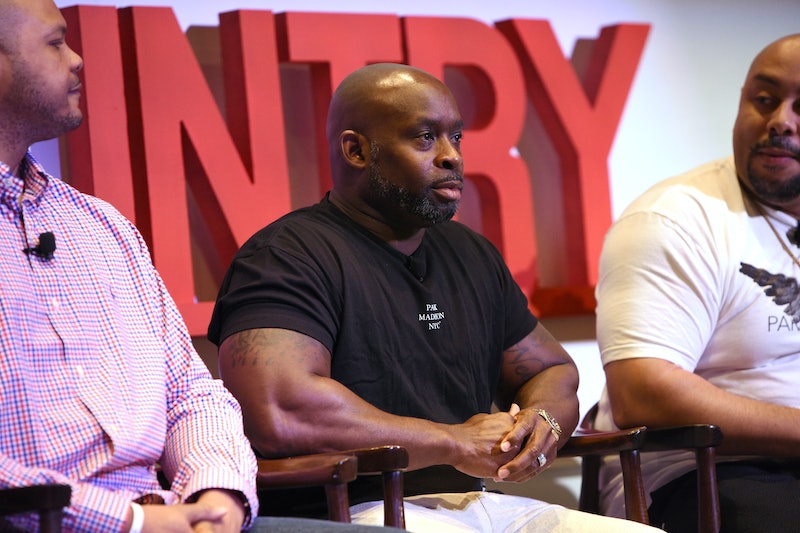 Antron McCray was just 15 years old in 1990 when he was sentenced to juvenile detention for a crime he didn't commit. Despite insisting he was innocent and police having no physical evidence that tied him to the crime, after a prolonged interrogation McCray confessed to the rape and assault of jogger Trisha Meili alongside four other boys now known as the Central Park Five. By the time the conviction was overturned in 2002 due to the real assailant confessing (with DNA evidence backing that up), McCray had already served his six years in jail. Ava DuVernay's upcoming Netflix film When They See Us will serve as a dramatization of this miscarriage of justice, but viewers may be wondering where Antron McCray is today.

Out of the Central Park Five, Antron McCray is easily the hardest to track down. Described in the 2012 Ken Burns, Sarah Burns, and David McMahon documentary The Central Park Five as "painfully shy," teenaged McCray was often seen during the trial in an oversized suit holding his mother's hand. Out of all the five, McCray is the only one who doesn't show his face in the documentary, contributing his story via voiceover only. There's a very good reason for this privacy: as reported by Jim Dwyer for The New York Times, McCray revealed at the premiere of the documentary that he had changed his name.

"Here’s the reason why I escaped New York: I just had to get away,” McCray said to the audience, speaking to the deep loss that he experienced. “Start a new life. Actually, uh, I don’t even go by Antron McCray no more.”

The Central Park Five tells us that McCray married and had six children. After his time in prison, McCray moved to the South and legally changed his name to hopefully find a stable job. Since McCray is clearly a very private person and never disclosed his new name, we don't know how his situation may have changed since then.

Likely in preparation for When They See Us, McCray does seem to be making public appearances again though. He recently participated in a May 2019 CBS News roundtable with correspondent Maurice DuBois and the rest of the Central Park Five. In the interview, McCray told DuBois that the whole episode is never far from his mind. "Probably, like, my fourth thought," McCray said. "Even our conversations is different. It's not normal. Our conversations would be about prison, how we had to survive in prison."

McCray went on to tell Dubois the harrowing difficulty of being interrogated as a teen for over ten hours: "I just kept telling the truth at first. They asked to speak to my father. My father left the room with them. Came back in the room, he just changed. Cursing, yelling at me. And he said, 'Tell these people what they wanna hear so you go home.' I'm like, 'Dad, but I didn't do anything.' The police is yelling at me. My father yelling at me. And I just like, 'All right. I did it.' And I looked up to my father. He is my hero. But he gave up on me. You know, I was telling the truth and he just told me to lie."

In light of this account, it's easy to see why McCray would prefer to distance himself from the events entirely. Describing himself as still a little shy at The Central Park Five premiere, having to reemerge in the public eye is probably at the edge of McCray's comfort zone. The hope though is that with the Five speaking up and working alongside creators like DuVernay and nonprofit legal organizations like the Innocence Project to pass laws aimed at preventing wrongful convictions from police coercion, this kind of travesty will never happen again.