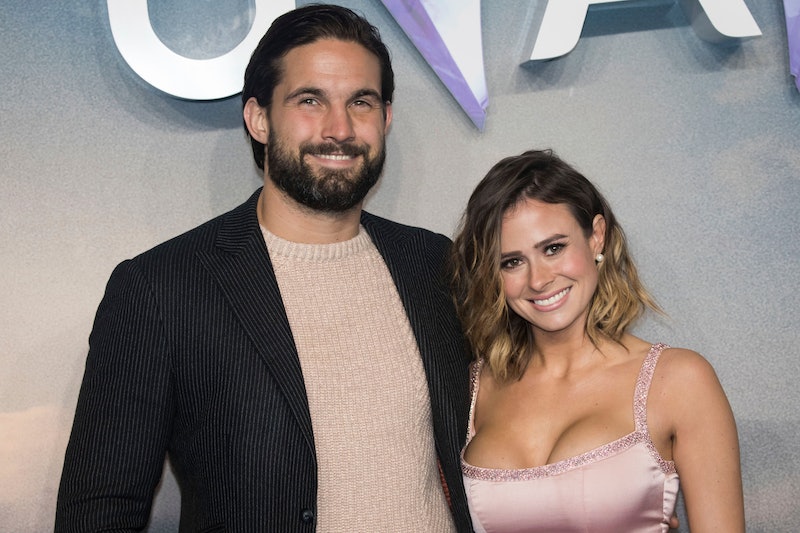 Camilla Thurlow rolled up to the villa back in 2017, and was considered a pretty unlikely Love Island candidate. While her fellow contestants were mostly personal trainers and former models, Camilla's profession was ordnance disposal, AKA clearing landmines. Having had a bit of rocky time with romance on the show, Camilla found her ideal match when Jamie Jewitt arrived. The pair bonded over a mutual love of books in the villa, but their relationship really took off once they came home. As one of the show's success stories, I'd like to know, are Love Island's Camilla and Jamie still together in 2020?

If you follow Jamie and Camilla on social media, you'll know that this couple are super open about how into each other they are. They've recorded all their relationship milestones, including a new addition to their family. On May 17, Camilla posted an adorable video of the couple announcing that they’re having a baby on her Instagram, commenting: “So @jamiejewitt_ and I have managed to make something pretty special 🤔 and we’re not talking about the video… 🥳💃🥰🤗 #17weeks #October2020”. Accompanied by ‘Ice Ice Baby’ and their adorable pups, the video also contains reactions from family and friends, including their parents and siblings.

Despite some rumours that their relationship was on the rocks in October 2018, as sources told the Metro that they'd "hardly spent any quality time together in recent weeks," that was quickly dispelled. At the moment, Camilla and Jamie look more loved up than ever.

The success of their relationship seems to come from their casual approach. They didn’t rush into any relationship milestones. Neither are they putting too much pressure on themselves to get engaged. "We haven’t said if it's on or off the cards so we’re just seeing how we’re getting on. We’ll see what’s happening," Camilla told the Daily Mail in an interview earlier this year.

The pair also get involved with plenty of charitable causes as a couple, including sponsored walks for the HALO trust charity where Camilla used to work. Most recently, Camilla posted pic of them sporting shirts designed by Katharine Hamnet for Asos that support NHS carers and workers.

Whatever they're doing, it's working for them. These two are clearly absolutely smitten with each other. Particularly since Jamie's posted a fair few soppy posts onto his Instagram grid in their relationship history. But if you wanted any more evidence of their love, allow me to point you in the direction of his #internationalwomensday post on March 9.

Holding hands in bed, he captioned the post: "Nothing but love. Happiness. Understanding. 👆❤️ #happyinternationalwomensday." I can't say I've seen that many people look so happy nor so in love. As they seem to grow stronger everyday, Camilla and Jamie may well be Love Island's greatest love story so far. If any future contestants can outmatch these two, then it’ll be a love story for the ages.

This article was originally published on June 3, 2019