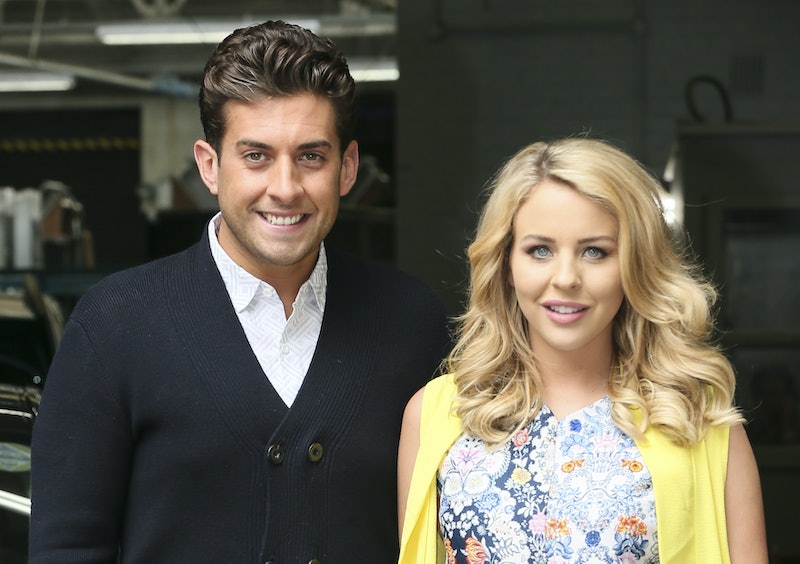 It may be hard to believe now, but once upon a time James Argent and Lydia Bright were everyone's favourite TOWIE lovebirds. The couple were two of the original cast members of the ITV reality series and endured plenty of ups and downs during their Essex stint. After the shocking revelation that Arg had cheated on his significant other, The Only Way Is Essex stars eventually called time on their relationship. However, a recent Instagram post has given some fans hope that the couple might just reunite. But are Lydia and Arg back together?

Well, anyone hoping for a romantic reconciliation between the two are in for a disappointment. However it does appear that Arg and Lydia are finally on good terms. Yay. The former-couple were seen together in a video posted on the Instagram page of Lydia's podcast, The Brights. In the Insta clip, the 29 year-old is seen reuniting with her ex-boyfriend at the ITV studios. According to Digital Spy, the pair were there to film separate segments for This Morning. She goes on to tease Arg, and remind him that he previously blocked her on the social media platform — a joke which is referenced in the video's caption that reads "reunited and unblocked."

Bright later discussed the encounter on her podcast, where according to The Mirror, she shared that her dad had also been present during the reunion. He told Arg: "James, I've missed you so much. Love ya. You still owe me a curry!" to which Arg responded: "I've missed you too, Dave. Fred, you look smart mate. You're taller than me." Sweet. However, things took a slightly more awkward turn after Arg admitted he'd been 'too busy' to tune into the family's podcast. Bright responded: "Doing what? The Arg band? Being the GC's sidekick? Being her chaperone?" Eek.

Although his TOWIE days are now firmly behind him, Arg's tumultuous love life continues to make the headlines, and it was recently revealed that his relationship with Gemma Collins has come to an end once again — just one week after announcing they had got back together. According to OK!, Arg confirmed his split from Collins during an appearance on ITV's This Morning.

During his appearance on the daytime show, Arg discussed his recent struggles with body confidence, and was asked if he believed that his rocky relationship had some influence on his physical health. Speaking to hosts Phillip Schofield and Holly Willoughby, he said, "I think at the moment, for me personally, I need to take a bit of time out from the relationship and really focus. Take a bit of time off and focus on myself, get myself back to where I want to be and then who knows? But I adore Gemma, I love her dearly."

As The Sun reports, Arg did hint that his relationship with Collins could be repaired, and he "absolutely" does see a future with the fellow former-TOWIE star. According to the newspaper, when asked about his now ex-girlfriend, he said, "I see a future together, absolutely. At the moment we're both very busy and need to focus on ourselves. I love her to bits."

More like this
'MAFS UK' Changed The Rules After Matt & Whitney Cheated On Their Partners
By Catharina Cheung
Molly-Mae Hague & Tommy Fury Celebrate Pregnancy Reveal In The Sweetest Way
By Sophie McEvoy and Sam Ramsden
What Exactly Is The Bish & Chips Show?
By Frances Stewart
'Made In Chelsea's Liv & Tristan Are Hard To Keep Up With
By Sophie McEvoy
Get The Very Best Of Bustle/UK