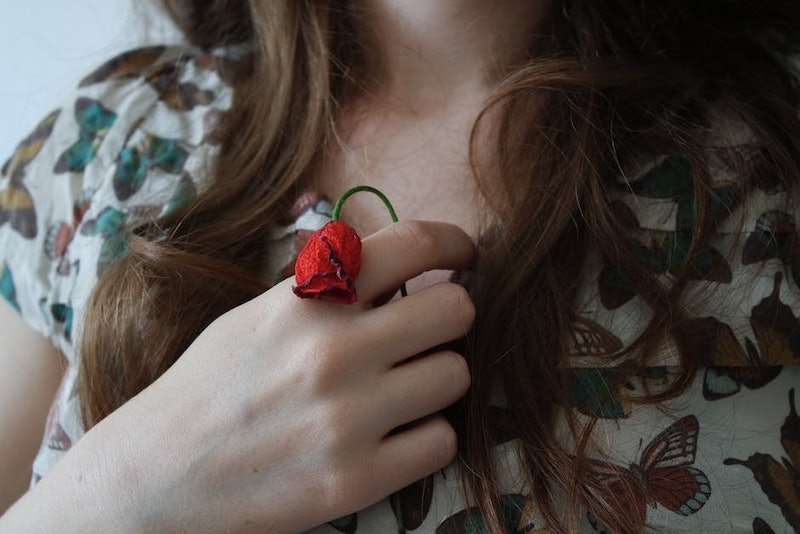 If you’ve ever had trouble understanding why some people make the decisions they make, it’s worth remembering that sometimes it comes down to their brains. In fact, when it comes to people who score highly on psychopathy scales, their brains are literally wired differently. A recent study of inmates in prisons in the United States found that psychopaths’ brains are different from non-psychopaths’ in two very significant ways — and ultimately, these differences affect how psychopaths and non-psychopaths make decisions.

First, though, a few important things to remember: We don’t know exactly how many people in the general population are psychopaths, but as of 2011, the best estimate is just under one percent of non-institutionalized men over the age of 18 — or, about 1,150,000 adult males in the United States. Additionally, there are approximately 6,720,000 adult males in prison, jail, parole or probation, about 16 percent (1,075,000) of which are psychopaths. This means that, yes, the percentage of psychopaths in prison populations is generally higher than the percentage of psychopaths in the general population — but, not all inmates are psychopaths, and not all psychopaths are in jail. (A lot of the mare in the system somewhere, though — it’s estimated that 93 percent of adult male psychopaths in the United States are in prison, jail, parole, or probation.)

Just, y’know, stuff to keep in mind as context for this whole thing. And realize that we're looking just at men here, too, not people of all genders.

Anyhoo, for the current study, which was published earlier in July in the journal Neuron, Harvard University associate professor of psychology Josh Buckholtz trucked a mobile MRI scanner (and by “mobile,” I mean strictly “able to travel,” not “compact” — it had to be transported via tractor trailer; these kinds of scanners are usually used for cancer screenings in rural areas) to two medium-security prisons in Wisconsin. After spending a couple of days calibrating the scanner, Buckholtz and his team asked for volunteers from the prison population and scanned as many as they could, as fast as they could.

Before you ask: Yes, it was an epic undertaking.

The inmates’ brains were scanned while they completed a delayed gratification test involving choosing between receiving some money now or more money later (think the marshmallow test, but with cash instead of marshmallows). Then, the resulting MRIs were analyzed in such a way that the researchers were able to assess both how impulsive each participant was and which brain regions were involved in their decision-making process. Once all was said and done, they ended up with a sample size of 49 inmates.

The ventral striatum is the area of the brain responsible for (among other things) reward processing, while the ventral medial prefrontal cortex plays a role in helping us make decisions under uncertain conditions — something which Buckholtz described in a press release as a kind of “mental time-travel” allowing us to estimate the outcomes of specific actions before we take them. So, in layperson’s terms, the study’s results mean that psychopaths are much more susceptible to being influenced by rewards — as Buckholtz put it in a press release, “The more psychopathic a person is, the greater the magnitude of that striatal response,” which “suggests that the way they are calculating the value rewards is dysregulated — they may over-represent the value of immediate reward” — and they don’t really take into account the possible consequences of their actions.

Said Buckholtz about the connection between these two areas of the brain, “The striatum assigns values to different actions without much temporal context. We need the prefrontal cortex to make prospective judgments [about] how an action will affect us in the future — if I do this, then this bad thing will happen.” He continued, “The way we think of it is if you break that connection in anyone, they’re going to start making bad choices because they won’t have the information that would otherwise guide their decision-making to more adaptive ends.”

The study’s results are particularly interesting when taken into account with other studies which have analyzed brain scans for psychopaths versus non-psychopaths. In 2012, for example, research conducted by King’s College London found that, among psychopaths in the UK’s prison populations, the volume of gray matter in both the anterior rostral prefrontal cortex and temporal poles was much lower than it was in non-psychopaths. These areas of the brains help us relate to other people, as well as process moral behavior; when they’re damaged, though, people tend to have a hard time empathizing with others, don’t respond much to fear and distress, and don’t tend to experience guilt or embarrassment. (That's likely where the stereotype of the cold, emotionless psychopath comes from.)

What’s more, a study published in 2016 found that psychopaths tend to have strong connections between the ventral striatum and a different part of the prefrontal cortex from the one that Buckholtz and his team examined: the dorosomedial prefrontal cortex. This area of the brain manages behavioral control, including impulse control and performance adjustment; the fact that there was such a strong connection between it and the ventral striatum in psychopaths “[raises] the hypothesis that psychopathic criminals might exhibit a failure to adjust performance due to aberrant impact of reward expectation" — that is, the expectation of a valuable reward might be enough to prevent psychopaths from adjusting their behavior.

The point of all this research isn’t to frighten or “other” anyone; according to Buckholtz, it’s to counteract the popular views and misconceptions of psychopaths. “They’re not aliens, they’re people who make bad decisions,” he said according to Eureka Alert — people whose decision-making is often “short-sighted” and “impulsive” due simply to how their brains work. “If we can put this back into the domain of rigorous scientific analysis, we can see psychopaths aren't inhuman,” Buckholtz said. “They're exactly what you would expect from humans who have this particular kind of brain wiring dysfunction."

The moral of the story: Not all psychopaths are Patrick Bateman — and he’s fictional, anyway.

More like this
19 Latinx Therapists & Mental Health Experts To Follow On Instagram
By Kaitlyn Wylde, Naydeline Mejia and Lexi Inks
This Psychological Effect Might Be Keeping You From Hitting Your Goals
By Lexi Inks
These 25 International Horror Movies On Netflix Prove Fear Is A Universal Language
By Bustle Editors
'The Ex-Wife’s First Look Pics Are Giving 'Gone Girl' Vibes
By Bustle UK
Get Even More From Bustle — Sign Up For The Newsletter