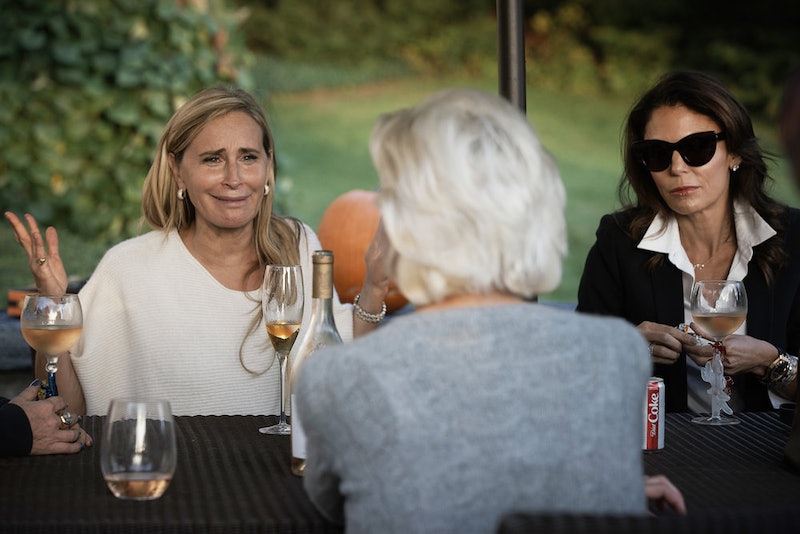 The women of Real Housewives Of New York have been through a lot, but seemingly, they always come back together. Screaming, fighting — you name it and we've probably seen it. But it doesn't matter, because these women are bound by friendship and contractual obligations to film with each other. Season 11 of Real Housewives Of New York has brought problems with Luann De Lesseps and... well, most of the women. Sonja and Luann's relationship has even deteriorated, and these two seemed to be tight. But Sonja and Luann's friendship in 2019 may have taken quite the hit.

Luann is back from rehab and better than ever, following her 2017 Palm Beach arrest and subsequent plea deal. Well, at least she says she's better than ever — she's selling out cabaret venues, and she fancies herself a big star. Maybe she is! We have so little insight into the cabaret world. In any case, the women are over Luann's inability to be humble, like, at all, and Luann is fed up because she's a star, dammit. Sonja tried to warn Luann that the other ladies weren't happy with her and that they feel like she's forgotten about them, and Luann took it out on Sonja.

Sonja always takes everything in stride, and so, in her Bravo.com blog, she explained that the least she could do with Luann is try to get her to see what the other women were saying about her, even if Luann didn't want to listen:

"I don’t think we can Ramonacise this, package it, and move on. Not just yet. Not this weekend. At least I warned her like a true friend. I have to say my comments roll off the cabaret star's back like water on a duck's back. So she’s feeling no pain. She’s mostly just pissed I brought it up at her karmic place, the round house."

Right now, in the present day, a look at Luann's Instagram and Sonja's social media shows that, well, these two might not have mended fences. Of course, Luann has no pictures on her IG but of herself, and Sonja is posting #TBTs of her time on Real Housewives Of New York, so these two could be hanging out and just not posting about it. But if two Housewives hang out and there's no one around to see it, did it even happen?

Luann hinted at some serious turmoil in the group before Season 11 started. "You're gonna see a lot of shifts in alliances and friendships as always, because you can't stay mad forever, right?” Luann told Us Weekly in January 2019. “So, you forgive your friends, you move on, and then something else pops its ugly head... Besides the drama, there are really great moments where we look after each other. It's my ‘discombobulated Housewives family,’ I would call them.”

That's really the heart of it, right? Even if Sonja and Luann scream and shout, eventually, they're going to get back together and be friends. That's what these women do — they pull apart and they push together, boats against the current, borne back ceaselessly into the past.