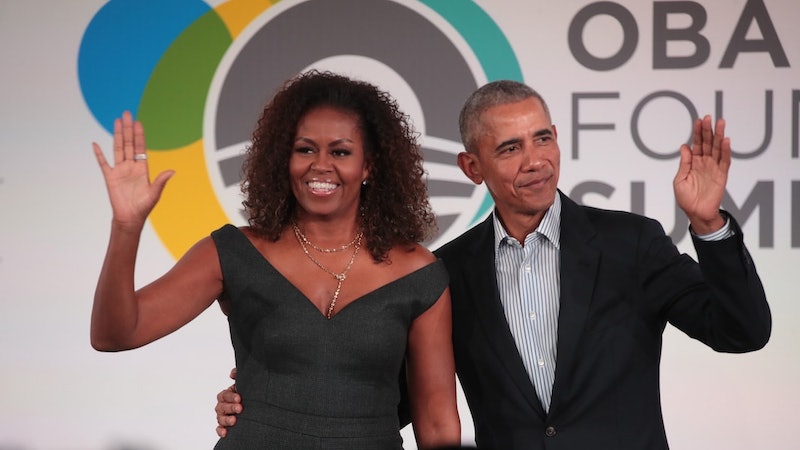 Barack and Michelle Obama’s accolades now extend beyond the White House and into Hollywood. The former president and first lady scored their first Oscar nomination earlier this year, culminating in much buzz over whether or not the Obamas will attend the 2020 Oscars on Sunday, Feb. 9. While the possibility of a Barack and Michelle sighting can go either way, the nomination of their Netflix documentary, American Factory, in the Best Documentary category gives the duo good reason to attend the star-studded affair.

Directed by Julia Reichert and Steven Bognar, American Factory follows a Chinese billionaire who opens a factory in post-industrial Ohio. The documentary chronicles the clash that occurs between working-class Americans and high-tech machines in the changing global economy. Produced by the Obamas’ Higher Ground Productions, the documentary marks the duo’s first film from their multi-year deal with Netflix.

On social media in January, the Obamas celebrated their Oscar recognition with Instagram posts that praised Reichert and Bognar for their directorial work. “Oscar nominations came out today and I’m glad to see American Factory’s nod for Best Documentary,” Barack wrote. “I like this film for its nuanced, honest portrayal of the way a changing global economy plays out in real lives.”

He continued, “It offers a window into people as they actually are and it’s the kind of story we don’t see often enough. This is exactly what Michelle and I hope to achieve through Higher Ground. Congratulations to the incredible filmmakers Julia Reichert and Steven Bognar, and the entire team!” Michelle echoed the same sentiments and wrote, in part, “What Julia and Steve capture on film is at times painful, at times exhilarating, but always thoughtful and always real — exactly the kind of story Barack and I wanted to lift up with Higher Ground Productions.”

Given this surprise cameo, a Barack and Michelle sighting at the Oscars is totally possible. Tune into the ceremony on Sunday, Feb. 9 on ABC at 5 p.m. PST to find out if it happens.