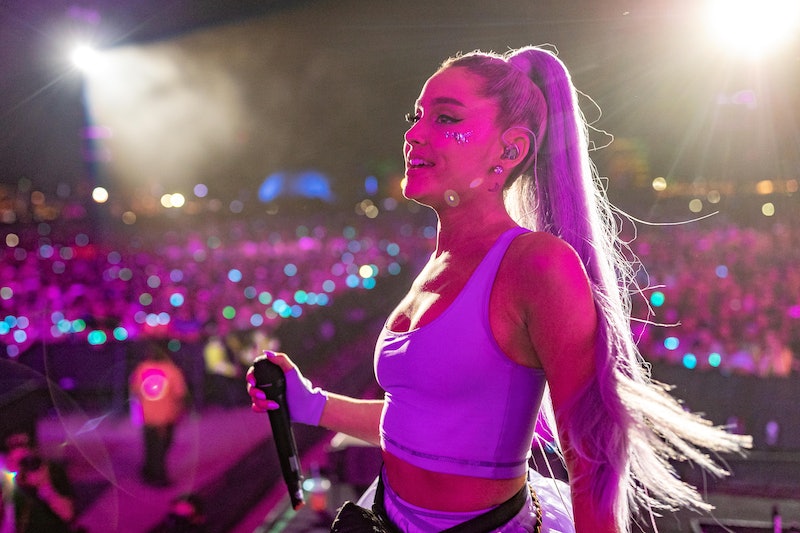 When "thank u, next" brought down the house in Atlanta on Saturday, it actually helped prop up abortion access in Georgia. People reported Wednesday that Ariana Grande donated her concert proceeds to Planned Parenthood from the Atlanta stop of her Sweetener World Tour. According to the magazine, the donation totals about $250,000.

In a statement to People, Planned Parenthood Action Fund President Dr. Leana Wen offered words of thanks. "Ariana Grande’s generous donation comes at a critical time — in Georgia and across the country, anti-women’s health politicians are trying to ban all safe, legal abortion," Wen told the magazine.

"We are so grateful to Ariana for her longstanding commitment to supporting women’s rights and standing with Planned Parenthood to defend access to reproductive health care. We won’t stop fighting — no matter what," Wen added. She said the money would go to support Planned Parenthood's work fighting abortion bans "in the courts, in Congress, in state houses, and in the streets."

Planned Parenthood Action Fund is the more political arm of the women's health organization. They fundraise to fight anti-abortion legislation, inform and register voters, and promote candidates during elections that promise to protect reproductive rights. Grande has shown her support in the past of the organization, tweeting that women "need to be educated, healthy, and empowered" with the #standwithPP hashtag.

Others in the entertainment industry have been supporting abortion access in Georgia — though somewhat differently than Grande. Bloomberg reports that entertainment companies Netflix, Disney, WarnerMedia, AMC Networks, NBCUniversal, and CBS Corp. have all threatened to pull their businesses out of the state. Georgia has a $9.5 billion television and film production industry thanks to tax incentives the state offers, according to the Georgia Department of Economic Development.

Jennifer Aniston, who stars in a Netflix show, Murder Mystery, endorsed the move. "I think it’s fantastic. Good for them. They have the voices, they have the power, and that’s the way you have change happen," Aniston told Variety.

Stacey Abrams, the Democrat who conceded the governor's race to Kemp following a long fight over the voter registration process in the state, has asked Hollywood not to pull out of Georgia but to support the fight to block the law in court, CNN reported. "If companies #StayAndFight, we can save jobs, build power and most importantly, protect women. While the call to leave resonates for some, we must leverage the time before a final determination," Abrams said in a tweet following meetings with members of film industry.

Jordan Peele and J.J. Abrams will donate profits from the HBO show Lovecraft Country to the ACLU and to Fair Fight Georgia, according to CBS News. Fair Fight was started by Stacey Abrams to support free and fair elections in the state.

"In a few weeks we start shooting our new show, Lovecraft Country, and will do so standing shoulder to shoulder with the women of Georgia," a joint statement from the two directors obtained by Deadline reads. "Governor Kemp’s 'Fetal Heartbeat' Abortion Law is an unconstitutional effort to further restrict women and their health providers from making private medical decisions on their terms. Make no mistake, this is an attack aimed squarely and purposely at women."

The music industry hasn't yet seen the same level of discussion about boycotts in the state, but donations like Grande's — and those that Stacey Abrams is calling for — could add up.

More like this
Beyoncé Just Announced Tour Dates: Here's How To Cuff Tickets To Her 2023 Shows
By Jake Viswanath
Twitter Is Having A Meltdown Over Buying Beyoncé Renaissance Tour Tickets
By Jake Viswanath
All The Best Celebrity Reactions At The 2023 Grammys
By Brad Witter
Lizzo Calls Beyoncé “The Artist Of Our Lives” During Her Grammys Speech
By Alyssa Lapid
Get Even More From Bustle — Sign Up For The Newsletter
From hair trends to relationship advice, our daily newsletter has everything you need to sound like a person who’s on TikTok, even if you aren’t.