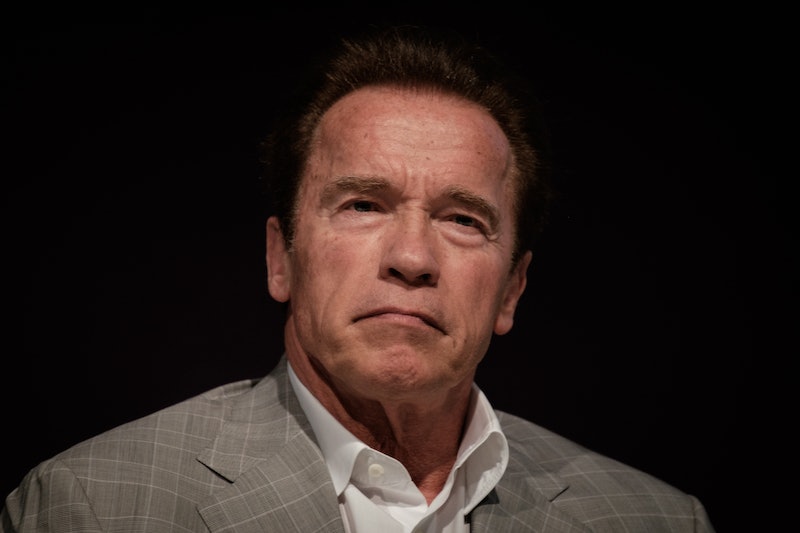 Continuing his love of engaging in feuds with celebrities — or, really, in feuds with humans of all kinds — President-elect Donald Trump took time out of his presumably busy schedule on Friday to mock Arnold Schwarzenegger, who currently hosts The Celebrity Apprentice, for the show's lackluster ratings. Opting for the mature route, Schwarzenegger responded to Trump by quoting Abraham Lincoln, urging him to be a leader for all Americans and wishing him luck with his presidency. Given Schwarzenegger's loyalty to the Republican Party, his message for the incoming president is refreshing during a time when most GOP legislators have significantly diminished their public criticisms of Trump.

The president-elect's issues with Schwarzenegger stemmed from the actor's refusal to support him during the election. "Wow, the ratings are in and Arnold Schwarzenegger got 'swamped' (or destroyed) by comparison to the ratings machine, DJT," began Trump's rebuke. "So much for being a movie star-and that was season 1 compared to season 14. Now compare him to my season 1. But who cares, he supported Kasich & Hillary."

Schwarzenegger endorsed John Kasich in March 2016 and proceeded to vote for him even after Kasich had suspended his campaign. Following the release of the Access Hollywood recording of Trump and Billy Bush's predatory remarks about women, Schwarzenegger shared a statement revealing that he would not vote for his party's nominee.

The passage Schwarzenegger recently chose to share from Lincoln's inaugural address was the president's closing plea urging Americans to unite:

We are not enemies, but friends. We must not be enemies. Though passion may have strained it must not break our bonds of affection. The mystic chords of memory, stretching from every battlefield and patriot grave to every living heart and hearthstone all over this broad land, will yet swell the chorus of the Union, when again touched, as surely they will be, by the better angels of our nature.

The former governor of California originally posted the video of himself reading these words on Twitter the day after Election Day and reposted it in his response to Trump's mocking comments.

According to a compilation by the New York Times, over 160 Republican officials had rejected Trump by October. Yet, it didn't take long for them to change their minds — October hadn't even ended before some outspoken Trump opponents, such as Rep. Jason Chaffetz of Utah, started to re-endorse him.

Following Trump's victory, the GOP has, for the most part, strayed from criticizing his frequently questionable comments (usually found on his Twitter), his views on Vladimir Putin, and his conflicts of interest. There's also been a notable lack of GOP condemnation of Russia's hacking of the presidential election.

Other than John McCain, Rep. Justin Amash of Michigan, and a few others who continue speak on their issues with Trump, Republican response to the future president has been marked by excuses for Trump's behavior and choices, turning a blind eye, or low rumbles of discomfort.

Schwarzenegger's message of seeing himself as an "American first" rather than as a Republican, is a welcome change from the current GOP status quo of co-signing or ignoring a man who they previously found contemptible and unacceptable as a leader.