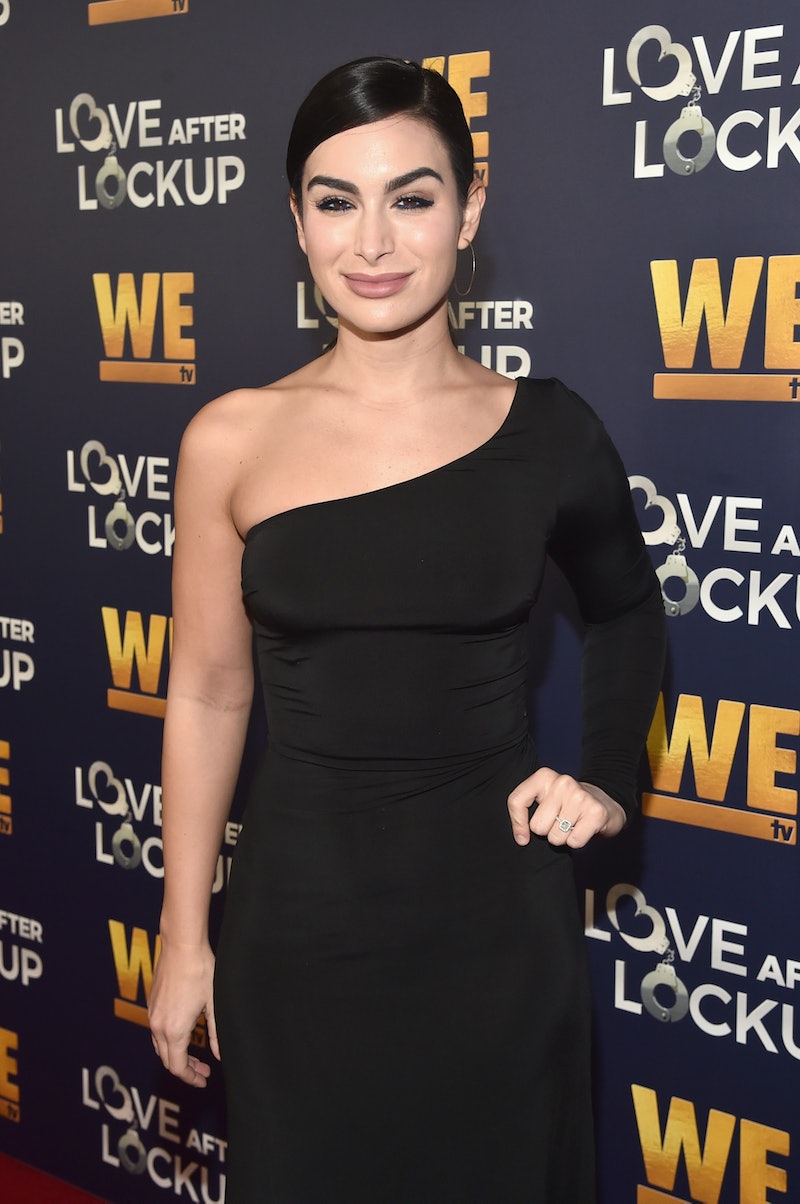 For a girl who says she doesn't like parties, Ashley Iaconetti's bachelorette party was one for the books. Roughly three months before she ties the knot with fellow Bachelor Nation alum Jared Haibon, she and her girlfriends took a trip down memory lane. They began the May 25 event by hopping on a party bus, and ended it with a New Kids on the Block concert complete with a special meet and greet. Not to mention, lots (lots) of nostalgic boy band jamming in between.

She rented a party bus equipped with a playlist of all the best boy band hits. The bus took them to the New Kids on the Block concert and she wore a sash that read "NKOTBride." The group used #NKOTBachelelorette as their social media hashtag for the night.

They all wore their best '90s inspired fan girl outfits and channeled their inner teenagers — although they did begin the night by listening to the Jonas Brothers, who are topping the charts right now. Regardless, considering they just made a major comeback, the band definitely fit the theme.

"Can I just say that I'm so blessed that 11 years later, New Kids on the Block are still on tour, and we have a new Jonas Brother album?" Iaconetti said while dancing on the bus. They proceeded to dance to music from the Camp Rock soundtrack, and after a necessary pizza break, Iaconetti nailed an *NSYNC rap to "Space Cowboy."

They probably could've partied on that bus for the rest of the night, but they wrapped up the jam sesh with One Direction, Spice Girls, and finally Jesse McCartney before heading into the Honda Center in Anaheim for the NKOTB concert. Not only did they have great seats for the show, they had a meet and greet with one of the band members, Donnie Wahlberg. He even shared pictures and videos with them on his Instagram page.

"Happy Bachelorette Party ASHLEY!!!!!" Wahlberg wrote on his Instagram Story over a selfie of him with the group. "#NKOTBachelorette congrats Ashley & Jared!" His wife, Jenny McCarthy, shared a selife with Iaconetti and her best friend. "This is so special!!!" Iaconetti replied. "So glad you're here tonight!!

After becoming great friends on Bachelor in Paradise, Iaconetti and Haibon took the time to cultivate their relationship outside the show before deciding to spend the rest of their lives together.

"I think we're different than any other Bachelor couple in that we had developed this strong friendship over the years before becoming boyfriend and girlfriend, where a lot of other couples that come from the franchise they become boyfriend/girlfriend and then fiancées very quickly after that," Haibon told E! News earlier this month. "Ashley and I got to see each other outside, in our lifestyles and how one another would fit in that—friends groups, careers, places we want to live, things of that nature. We got to cultivate that friendship before we started dating."

Now, he's living in an apartment with Iaconetti and her sister, and they're starring in a YouTube TV docuseries called What Now? that follows their post-Bachelor/ette lives. If fans are lucky, their wedding will get its own full episode — and hey, maybe they'll throw in a few shots of the bachelorette party too.