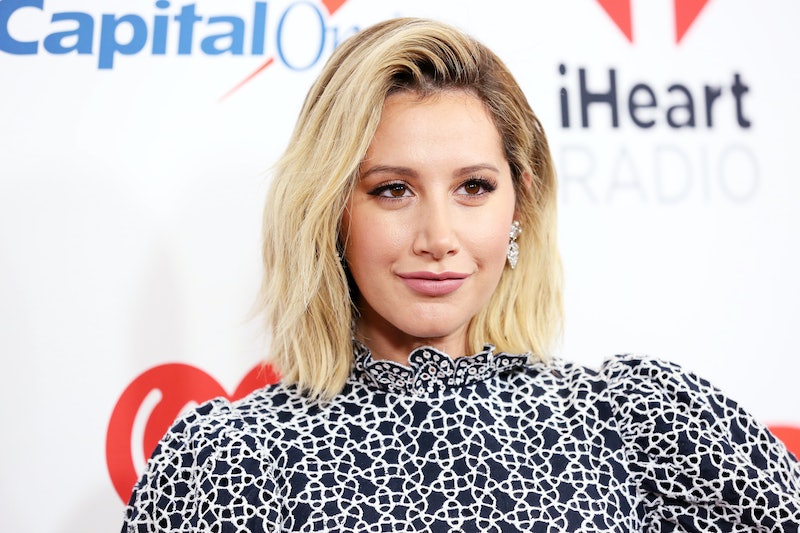 Now, this is one crossover that no one saw coming. Whenever a major pop culture event occurs, such as a much-teased Taylor Swift single, comparisons to other music/movies/memes are made. But rarely are they as completely out of left-field, yet totally accurate as this one. Your new favorite coincidence was pointed out by none other than Ashley Tisdale. On Saturday, May 25, Tisdale posted an Instagram video, which makes clear that the song, "ME!" is just like High School Musical.

Aren't convinced right away? Take a look at Swift and Brendon Urie's recent performance of the new song on the season finale of The Voice. Except the voices on the track are replaced by HSM's Sharpay (Tisdale) and Ryan Evans (Lucas Grabeel) singing "What I've Been Looking For." The former Disney star captioned the mind-blowing video, "Sharpay & Ryan finally made it you guys!!" Not only does the pairing of Urie and Swift feel very reminiscent of the dynamic between the Evans siblings, but several elements of this specific performance ring true.

The poppy colors, glittery butterfly in the background, and sequined outfits are right out of the Sharpay Evans playbook. Plus, the tap dancing section of the song fits perfectly with sections of "What I've Been Looking For." It's actually shocking that no one's paralleled these two pop star pairs before.

Several celebrities collectively freaked out over the creative lip sync video. Pretty Little Liars star Lucy Hale commented, "This is so good." Fellow Disney (and Suite Life!) alum Debby Ryan chimed in, "unbelievable." While HSM director Kenny Ortega simply replied with the laughing/tears emoji. Not only did Tisdale spot, and promptly capitalize on a pretty insane similarity, but she gave historical credit to the dramatic duo who started it all.

So kids who have "ME!" on repeat can now know that "Bop to the Top" may or may not have provided musical influence. Plus, like any good under-the-radar connection, once you see it, you can't unsee it. Just try watching the "ME!" music video without imagining Swift and Urie quibbling over doing jazz squares. Or pop in any of the High School Musical movies and not instantly picture a scene in which Ryan and Sharpay sassily fight in French. (It feels impossible not to link these two things now!)

Not only did Tisdale bring to life the iconic music sensation that is Sharpay Evans, but she provided some important mid-2000s bops for adolescents. From "He Said She Said" to "It's Alright, It's OK," Tisdale provided some major teen soundtrack inspo. She's back with a new album titled Symptoms, which was released May 3. The Suite Life of Zack and Cody actor even spoke about reviving her iconic HSM character in a future reboot with E! News in a November 2018 interview.

While she said, "I've matured so much, I just don't know if I could give her justice — Sharpay — and be that character again. And I would hate to not have it be great," Tisdale also speculated about where Sharpay would be today. Her answer? "Probably on Broadway somewhere," Tisdale said.

While Swift and Urie have yet to comment on Tisdale's hilarious meme, the world will forever be a better place because of it. The lyric, "You'll never find another like me," may not be totally true after all.

More like this
Craig David Is Still Slicker Than Your Average
By Olivia-Anne Cleary
The Spice Girls Just Dropped A Brand New Music Video
By Sam Ramsden
Everything To Know About Taylor Swift’s 10th Studio Album, 'Midnights'
By Grace Wehniainen and Jake Viswanath
20 Years Later, Kelly Clarkson & 'American Idol' Judges Reunite For Her Hollywood Walk Of Fame Star
By Radhika Menon
Get Even More From Bustle — Sign Up For The Newsletter