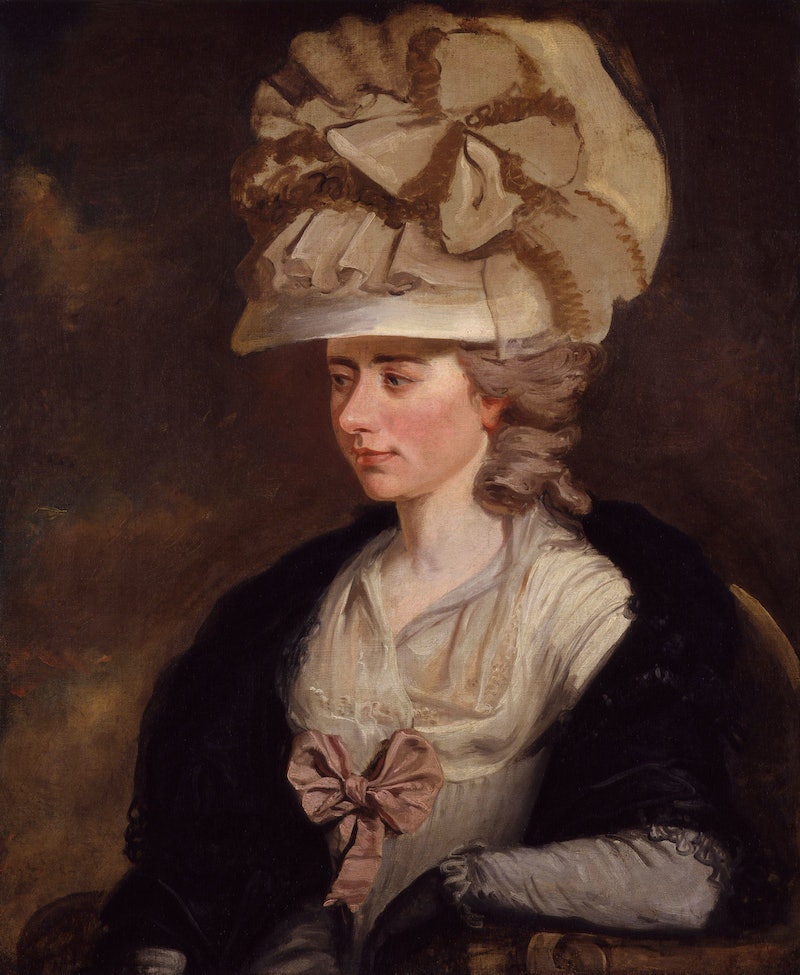 If you've ever wondered what surgery was like before modern medicine allowed patients to be asleep during procedures, I've got just the story for you. Fanny Burney wrote a letter you're going to want to read, and the 18th century author's account of her mastectomy will make you squirm.

Between 1778 and 1814, Frances "Fanny" Burney published four novels: Evelina, Or, The History of a Young Lady's Entrance into the World; Cecilia, Or, Memoirs of an Heiress; Camilla, Or, A Picture of Youth; and The Wanderer, Or, Female Difficulties. Burney's use of the epistolary method — that is, telling stories through letters written between characters — influenced none other than Jane Austen, who began to publish her own novels at the end of Burney’s writing career. These two women published anonymously during their lifetimes, but we’re lucky to know both of their names today.

Dated March 22, 1812, the 12-page letter that serves as Franny Burney's account of her anesthesia-free mastectomy is "[o]ne of more than 300 manuscripts, letters and first editions from the Restoration and 18th century collection digitised for the [British L]ibrary's Discovering Literature venture," according to The Guardian. Six months after she underwent surgery to remove her breast in her Paris home, Burney wrote the letter "as a warning to my dear [sister] Esther — my sisters & nieces, should any similar sensations excite similar alarm." After describing her initial symptoms and consultations with physicians, Burney gets to the surgery itself on page 10, writing: "My dearest Esther, & all my dears . . . will rejoice to hear that the resolution once taken, was firmly adhered to, in defiance of a terror that surpasses all description, & the most torturing pain yet — when the dreadful steel was plunged into the breast — cutting through the veins — arteries — flesh — nerves — I needed no injunctions not to restrain my cries. I began a scream that lasted unintermittingly during the whole time of the incision — & I almost marvel that it rings not in my ears still!" That isn't the worst of the description, by far, but I'll leave it to you to read the rest at the British Library's website.

Curious readers will be pleased to know that Burney survived her mastectomy, which was performed by seven surgeons and one nurse. The author died in Jan. 1840, nearly 30 years after she underwent the radical and excruciating procedure. Her letters, journals, and novels are still available in print today.