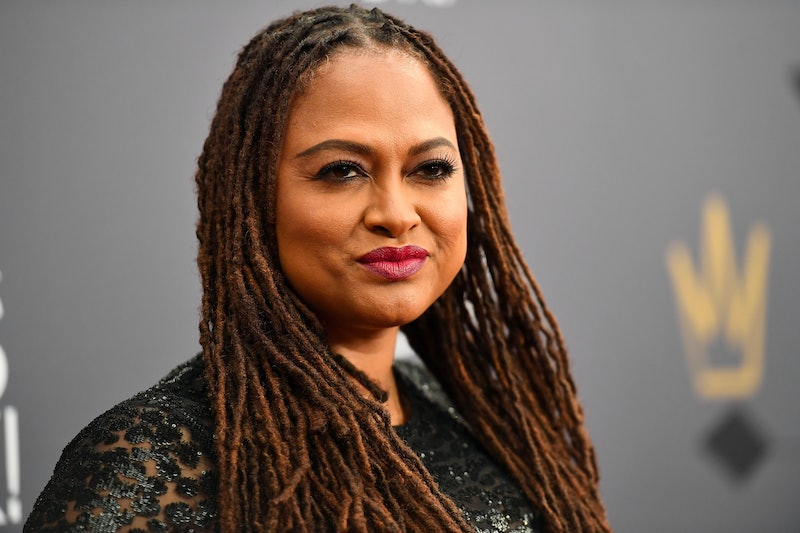 Five black teens were wrongfully convicted for Trisha Meili's rape and assault in 1990, and their convictions were vacated more than a decade later. President Trump, who took out full-page newspaper ads calling for their executions in 1989, still refuses to apologize. But creator of the Netflix docuseries When They See Us Ava DuVernay says Trump's Central Park Five comments should just be ignored.

President Trump's past position on the Central Park Five is summarized by the full-page ads he put out in local papers in 1989. "BRING BACK THE DEATH PENALTY," the ads read in large letters. "BRING BACK OUR POLICE!" He wrote in an open letter that a focus on police brutality by the police at the time allowed for a "reckless and dangerously permissive atmosphere which allows criminals of every age to beat and rape a helpless woman."

On Tuesday, reporter April Ryan asked the president if he would apologize for the ads. "You have people on both sides of that. They admitted their guilt," Trump told Ryan. "If you look at Linda Fairstein and if you look at some of the prosecutors, they think that the city should never have settled that case. So we’ll leave it at that." Fairstein was the prosecutor in the case.

DuVernay responded to the president's comments after a Women in Entertainment and Writers Guild of America West event in Hollywood on Tuesday night. "It’s expected," she said, shrugging, according to The Los Angeles Times. "There’s nothing he says or does in relation to this case or the lives of black people or people of color that has any weight to it. It’s not our reality, there’s no truth to it."

When Jemele Hill, who was moderating the event, asked about Trump's comments, DuVernay said that Trump shouldn't drive the conversation about the Central Park Five. "I feel like our focus when we look at this work and hear the stories of these men should be so much more than rage tweeting back, participating in that negativity, which is so unproductive," she said.

"I wish I had a more juicy sound bite for you, but really, I don’t care," DuVernay continued. "We’ve told the truth of these men. These men are innocent. This crime against them has been vacated, it’s as if it never happened. Now you’re just talking to the wind. It becomes more if we lean into it. So we just refuse to do it. I told their story the way they told it to me, this is what they experienced, these are innocent men, free men, and they should be allowed to be that."

"Press conferences ensued," she continued. "He was on CNN. Those are all the things that we know he wanted at that time. By doing this, he got quite a bit of attention, and still is getting it for doing the same kinds of things. I don't think it was for any real desire to seek justice for Trisha Meili, because if he did feel that way he would have sought it for [Brett Kavanaugh accuser] Christine Blasey Ford. It was an opportunity, and he's an opportunist."

On Tuesday, DuVernay also tweeted a video from her docuseries featuring a Trump with no comment.

More like this
Here’s Where The NHS Nurses’ Strike Currently Stands
By Sophie McEvoy
6 Organizations Fighting Police Brutality That You Can Support Right Now
By Syeda Khaula Saad and JR Thorpe
Yes, Maurizio Mian's Cult In 'Gunther’s Millions' Was About Eugenics
By Gretchen Smail
The Mysterious Gunther Corporation From 'Gunther’s Millions' Has Dissolved
By Brad Witter
Get Even More From Bustle — Sign Up For The Newsletter
From hair trends to relationship advice, our daily newsletter has everything you need to sound like a person who’s on TikTok, even if you aren’t.